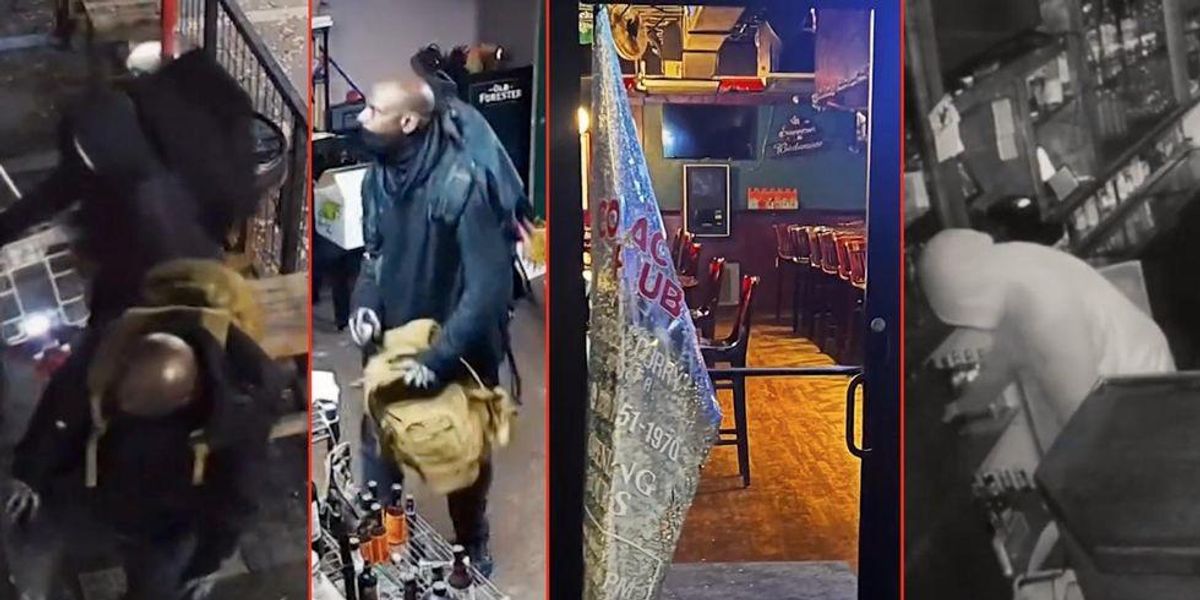 Business owners in Houston, Texas, say that a crime spree described as a “relentless wave” of robberies is forcing them to sleep at their businesses overnight armed with guns.

Coaches Pub owner Robert Curry told KHOU-TV that he saved up money for many years and moved to Houston to purchase a bar and accomplish his dream.

“I lived in my RV for the first four months that I was here in Houston to get it started,” Curry said. “And honestly, it was my baby.”

But just eight months later, he says that a string of robberies might put him out of business. He’s even gotten to know the favorite drink of one of the robbers caught on surveillance.

“Weirdly enough, he likes amaretto, so there’s a bottle that he just can’t resist,” Curry said. “And I mean he will shop. He would pick them up and set them on the cooler across, and then come back and take what he wanted.”

And he’s not the only one. A report from KHOU documented complaints from bar and other business owners who told the Houston City Council that robberies are going to force them to close down.

“That is the biggest problem right now, me and plenty of other bar owners are sleeping in our bars armed,” said Sean Fitzmaurice, the owner of Reserve 101.

“We are all getting broken into and things in bars are getting stolen,” said Marin Slanina, the owner of Star Sailor.

Business owners complain that the police response is far too slow to make a dent in the robberies.

“The response times to the alarms are anywhere from an hour to four hours,” said Lindsey Rae, the owner of the Two-Headed Dog bar.

Curry said police are not responding quick enough to robberies at his bar.

“I love police officers, but I think if we don’t pay attention to the smaller problems they become bigger problems,” Curry said.

“These guys are in and out in 15 minutes,” Fitzmaurice said. “We have a police substation that’s two blocks away from us. The quickest response that we’ve gotten is around 45 minutes. We know that we’re the ones that are policing them right now.”

Given up on repairs

Curry said that every time he repairs the damage from one break-in, another one happens. He estimates that he’s spent $10,000 already in repairs.

Fitzmaurice said the costs are even higher at his nationally-ranked whiskey bar.

He’s just given up on repairing the damage.

Curry says he is close to giving up on his dream.

“I don’t know what to do anymore,” Curry explained. “If something doesn’t work out in a better way, there’s no way you can hold on to it. I can’t. I can’t hold on to it.”

The Houston Police Department told KHOU that it’s working with business owners to help them prevent becoming the target of vandals. They also said they have increased patrols in the areas.

When KHOU asked Curry if he regretted moving to Houston, he gave a heartbreaking response.

“I’m going to be honest,” Curry responded. “Sometimes I do.”

Bill Gates Calls the Rise of CCP a ‘Huge Win,’ Urges U.S. To Be More Conciliatory
J.K. Rowling triggers backlash and hatred with one tweet about transgender misogyny
Netflix will start cracking down on people who share their passwords this quarter
‘Biden told them to come’: Arizona border city on brink of collapse from illegal immigration, officials say
Behar Claims GOP Wants to Ban Holocaust from History Classes