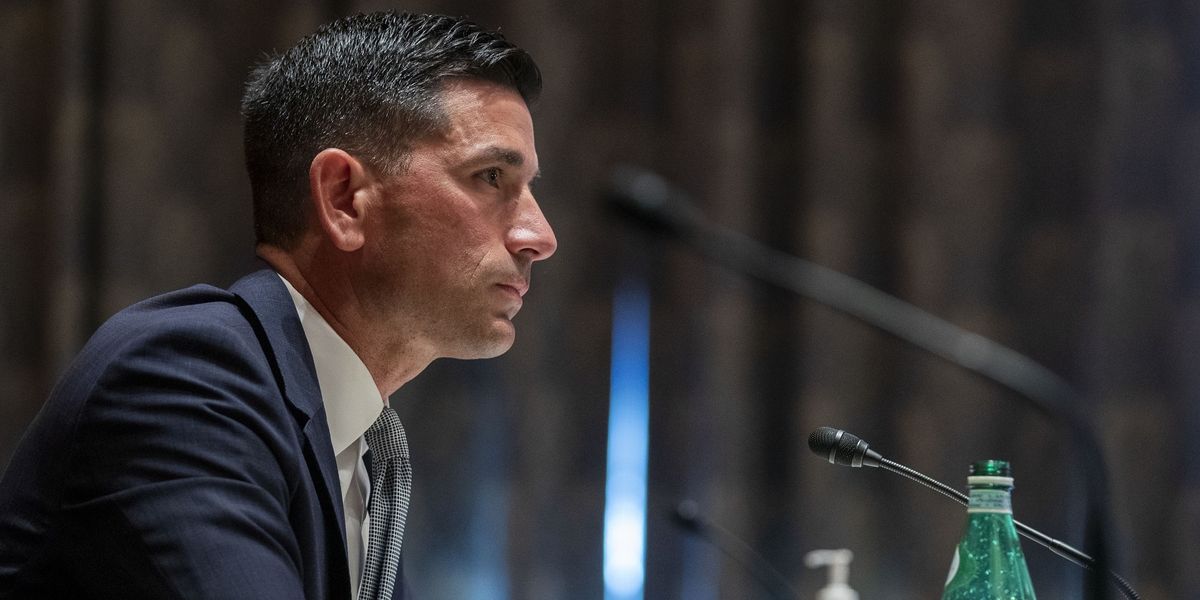 The Department of Homeland Security announced Tuesday the opening of its new Center for Countering Human Trafficking based in Washington, D.C., which has been operational since last month and is led by officials from U.S. Immigration and Customs Enforcement.

Acting DHS Secretary Chad Wolf tweeted, “Proud to announce the opening of the DHS Center for Countering Human Trafficking. One of the many steps the Trump administration has taken to combat and dismantle all forms of human trafficking.”

Proud to announce the opening of the DHS Center for Countering Human Trafficking. One of the many steps the Trump a… https://t.co/6Wr1EsH1au

He added in a news release:

“Human trafficking is modern day slavery. There is no other way to say it. The words are strong because the actions are evil. The forms of exploitation, sex trafficking, forced labor, and domestic servitude that constitute human trafficking are antithetical in every way to the principles of human dignity that Americans hold dear. The launch of this Center for Countering Human Trafficking represents the investment of resources, attention, and time by President Trump to combat and dismantle all forms of human trafficking.”

The announcement stated that “The Center will build on the agency’s ‘victims first’ approach, which balances victim identification, rescue and support with prevention, investigation, and prosecution of traffickers. ICE HSI is uniquely positioned to utilize criminal, immigration, and trade-based authorities to proactively identify, disrupt and dismantle cross-border human trafficking organizations.”

The agency noted that in fiscal year 2019 alone, “ICE initiated 1,024 human trafficking and forced labor related cases which led to 2,197 criminal arrests. These effective actions resulted in nearly 700 convictions and the rescue of more than 400 victims.”

Some conservatives voiced frustrations over a lack of media attention for the center’s launch.

Donald Trump Jr. shared a post purportedly showing that members of the media had no questions during a briefing on the center’s launch.

“This is a disgrace,” Trump Jr., the president’s oldest son, tweeted. “@realDonaldTrump is the first American Politician to address the scourge of human trafficking and fund it and no one has any interest in covering it. I guess they’re too busy running cover for Hollywood.”

This is a disgrace. @realDonaldTrump is the first American Politician to address the scourge of human trafficking a… https://t.co/8sqMt6azr6