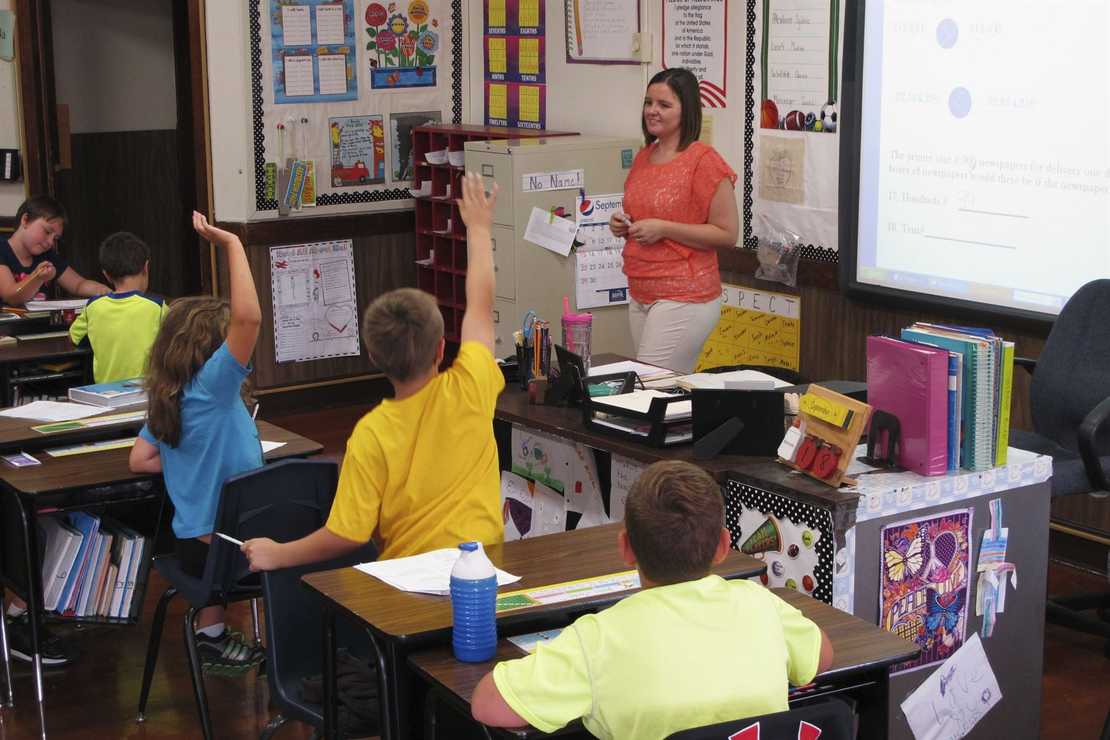 During an event sponsored by the National Education Association (NEA), Dr. Anthony Fauci reportedly told attendees that President Biden’s goal of opening most schools in 100 days is in jeopardy:

“The President is taking very seriously the issue … both from the student standpoint and from the teacher standpoint,” Fauci said during a virtual event sponsored by the National Education Association.
“He really wants to and believes that the schools need to reopen in the next 100 days, essentially all the K to 8 schools, within 100 days. That’s the goal. That may not happen because there may be mitigating circumstances, but what he really wants to do is everything within his power to help get to that.”

The degree to which schools are open varies across the country. In some states, elites like California Governor Gavin Newsom have no problem sending their children in-person to private school programs. However, state and city leaders let unions and destructive public policies like lockdowns deprive millions of other people’s children of the same opportunity.

Chicago Public Schools threatened to dock the pay of teachers who did not return to the school. The teachers voted to go on strike rather than return. School administrators and unions are at odds in many districts across the country, and parents get frustrated. A video of a father in Virginia having an angry outburst over continued school closures went viral last week.

In other areas of the country, schools are open and using common-sense mitigation efforts. In Georgia, some school districts have been open since August, without a comprehensive testing requirement. Open schools have reverted to distance learning when the number of staff required to quarantine due to an exposure exceeded the district’s ability to staff classrooms. These periods have generally been short. The quarantine requirements are strict in many districts, requiring individuals to isolate for 14 days after exposure to an asymptomatic person with a positive test, even if masking is present.

In Florida, the governor ordered all schools to open in the fall for in-person instruction. The state-level guidelines do not require comprehensive testing. It does not appear that the state requires masking, either. Schools work with county departments of health to create their mitigation plans. The state guaranteed full funding for needed increases in staff and programs aimed at closing the educational gaps that occurred due to shutdowns in the spring of 2020.

Two recent studies have supported these approaches, showing transmission in the school environment to be very low. In a large North Carolina study, most of the infections in staff and students could be traced to community spread outside the school. Across 11 school districts, the in-school transmission was almost all in the special education environment where mitigation, like masking, is challenging.

The schools were all in the ABC Science Collaborative to share best practices. The mitigation measures discussed in the study were masking, social distancing, and hygiene. There is no mention of comprehensive testing, facility upgrades, or installation of barriers. The state’s Department of Health provided an initial surge of personal protective equipment and other tools like touchless thermometers. Students and staff received approximately five reusable cloth masks. Replenishment is now done by the schools directly.

Another study posted by the CDC showed that spread in a Wisconsin district was much lower in school than in the larger community. Of 191 cases among the staff and students in the K-12 schools, only seven could be attributed to in-school transmission, and they all involved students. No systematic screening was employed, and each child was given a set of multiple-layer reusable cloth masks through a grant from The Legacy Foundation. In addition to masking, class size was limited to 11-20 students, and those cohorts did not mix during the school day.

Wisconsin and North Carolina distributed millions in funds to school districts through the CARES Act programs in the summer of 2020. While these investments may have been used for in-person supplies like PPE, they have also been used to upgrade and purchase the equipment necessary for distance learning. It does not seem the Woods School District where the study was done made any extensive investments in facilities or barriers for mitigation in Wisconsin.

These two studies are consistent with the experience of other countries. According to the European CDC, school transmission was closely correlated with community transmission, and schools were not a primary driver in outbreaks. German researchers asserted that children seemed to act as a brake on the infection.

Sweden never closed its schools for children under 16 and encouraged social distancing but did not require masks. As of June, no children had died, and the incidence of severe COVID-19 among teachers was 19 per 100,000, with no reported deaths. Norway and Denmark admitted that it was a tragic error to close their schools in light of these results. That was in June of 2020. Yet, America still has school districts around the country that are closed.

In late December, the Biden transition team developed a complex plan that requires routine testing of all students, teachers, and staff at least once a week, with the federal government picking up the tab. The debate over the mechanics and frequency of testing was still occurring, and testing capacity and materials were a considerable concern. The different proposals had a price tag between $8 and $42 billion.

These funds are part of a larger $170-billion proposal for K-12 schools in a $1.9-trillion relief package. Other items mentioned for schools included installing barriers, ventilation updates, and other facility improvements. An Executive Order also requires the Department of Health and Human Services (HHS) to provide guidance on masking, testing, and cleaning.

Much of this seems like overkill at this point. While school districts may need help with initial PPE and cleaning supply purchases, periodic replenishment can be handled locally or become the individual’s responsibility. As always, the government could provide supplies for those who truly can’t afford them, but if multiple cloth masks are provided initially, and proper care instructions are given, this seems manageable. So does replenishing cleaning and hygiene supplies.

Recent WHO guidance on testing should also raise questions about the need for a testing plan. According to the notice, a PCR test alone is not diagnostic for COVID-19. Instead, it is part of a larger clinical picture. It also notes that if COVID-19 is not circulating in the community, the meaning of a positive test becomes less reliable. According to Worldometer, positive tests are declining nationwide and in most regions of the country. In the absence of symptoms, routine testing as disease prevalence continues to decline could cause unnecessary quarantines and closures.

The CDC has also updated its testing guidance under the heading, “Not everyone needs a test.” The agency recommends testing symptomatic individuals and close contacts of a person with a confirmed infection. While the guidance does mention crowded indoor settings where social distancing is not possible, physical distancing is part of school reopening plans.

Even HHS official Admiral Brett Giroir, who led the rollout of testing in the early days of the pandemic, said:

Any suggestion that the nation requires hundreds of millions or perhaps billions of more tests in order to open schools is contrary to the evidence and dangerous to our children.

With the known harmful effects documented to date for children who remain out of school, Giroir is correct. Given the available evidence from the U.S. and worldwide, continued delays are unconscionable, and the Biden administration should say so. For an administration that pledges to follow data and science, it seems odd they would act in opposition to mountains of evidence and the agencies involved in the response.

It also does not appear that billions of dollars are necessary. Suppose a school has a deteriorated building that requires an upgrade to a ventilation system. The administration should set aside some money for grants to apply for instead of mandating a uniform approach. Some districts have been at this for months and have managed well by using common-sense infection control procedures and existing budgets.

Instead, it appears someone needs the intestinal fortitude to take on the teachers’ unions whose demands and assertions are not based on science or the available evidence. It is unlikely this will be the Biden administration. The NEA donates almost exclusively to left-wing groups and Democrat candidates. So does the American Federation of Teachers (AFT). AFT President Randi Weingarten was reportedly in the running for secretary of Education in the Biden administration.

At this point, it seems like the administration is following the money, not the science. However, the teacher’s unions may be the vehicle of their own demise. At least seven states have proposed comprehensive school choice legislation allowing the dollars to follow the child into other programs. If you are allowed to say anything good came of COVID-19, this could be it.

VIP: The Coronavirus Revolution: How Social Distancing Can Change America for Good

Homeschooling During Coronavirus? Here Are Resources for Parents Left in the Lurch

VIP: COVID-19 Could Be Reined in if the Biden Administration Took These Three Concrete Steps