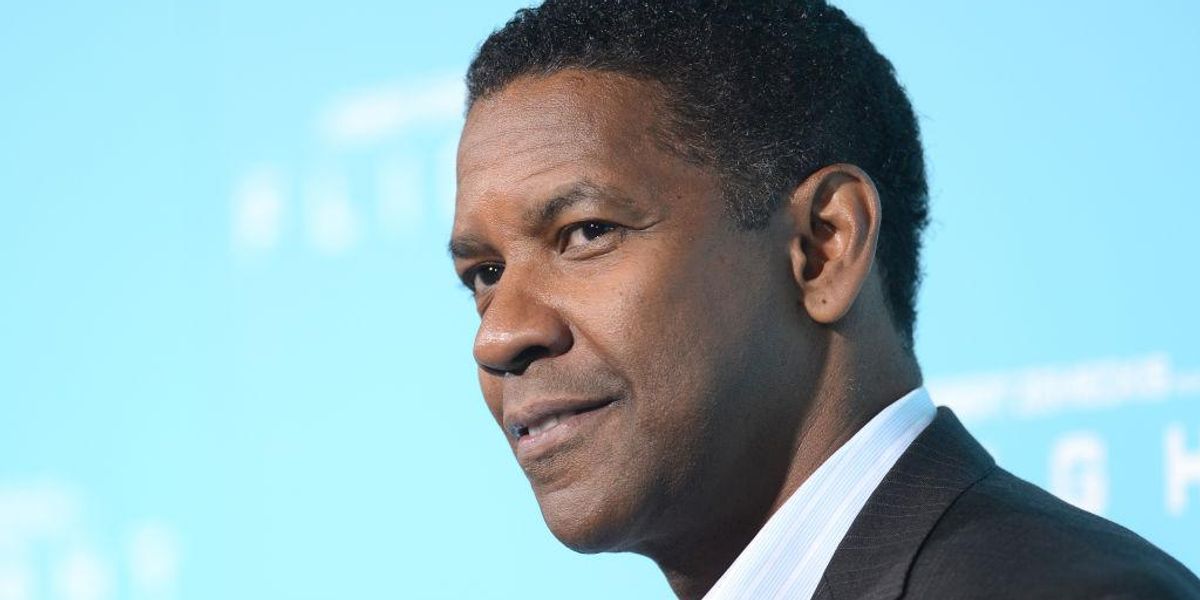 Denzel Washington is not your typical Hollywood celebrity. The Oscar award-winning actor has talked about his Christian faith in public, once proclaiming, “There’s never been a time where God didn’t direct protect and correct me. There may have been times where I was less than faithful to him, but he had faith in me.”

The legendary entertainer has spoken out about the importance of fathers, “If a young man doesn’t have a father figure, he’ll go find a father figure.”

At a time when many celebrities are supporting the “defund the police” movement, Denzel is taking the very un-Hollywood-like approach of saying that he appreciates military members and doesn’t want to abolish law enforcement. A basic tenet that most Americans have, but most celebrities shun.

In his illustrious acting career, Denzel Washington has played a member of law enforcement 13 times. He’s been good cops like in “The Bone Collector” as quadriplegic forensics expert Lincoln Rhyme, and as bad cops, such as Detective Sergeant Alonzo Harris in “Training Day.” He’s even been a demonically possessed cop in “Fallen” as Detective John Hobbes.

Washington is portraying another police officer in his upcoming movie “The Little Things,” where he’ll play the role of Joe “Deke” Deacon, a Kern County Deputy Sheriff in California.

During an interview with Yahoo, Washington was asked about his feelings toward police officers in a time when there is so much animosity toward law enforcement.

“I have the utmost respect for what they do, for what our soldiers do, [people] that sacrifice their lives,” Washington answered. “I just don’t care for people who put those kind of people down. If it weren’t for them, we would not have the freedom to complain about what they do.”

Washington said his reverence for law enforcement goes back to early in his acting career, in the 1991 movie “Ricochet.” To prepare for his role as Assistant District Attorney Nick Styles, Denzel did a ride-along with an LAPD officer that changed his whole perspective of cops.

“I went out on call with a sergeant,” Washington recalled. “We got a call of a man outside his house with a rifle that was distraught. We pulled up and did a U-turn past the house and came up short of the house. He told me to sit in the car, which I was gonna do. I wasn’t getting out.”

“He got out. As he got out, another car came screaming up and two young people jumped out screaming,” the 66-year-old actor said. “As it turned out, it was their grandfather. This policeman defused the entire situation by just remaining calm.”

“But it showed me in an instant how they can lose their life,” Denzel explained. “He didn’t overreact. He could’ve pulled his gun out and shot the people that came up driving real fast. He could’ve shot the old man that was distraught and a bit confused, I think he was suffering a little bit from dementia.”

Washington came to an epiphany, “But in an instant it taught me, and I never forgot it, what our law enforcement people have to deal with moment to moment, second to second.”

When discussing the idea of abolishing police, NBA superstar-turned-sports-commentator Charles Barkley has asked, “Who are black people supposed to call? Ghostbusters?”