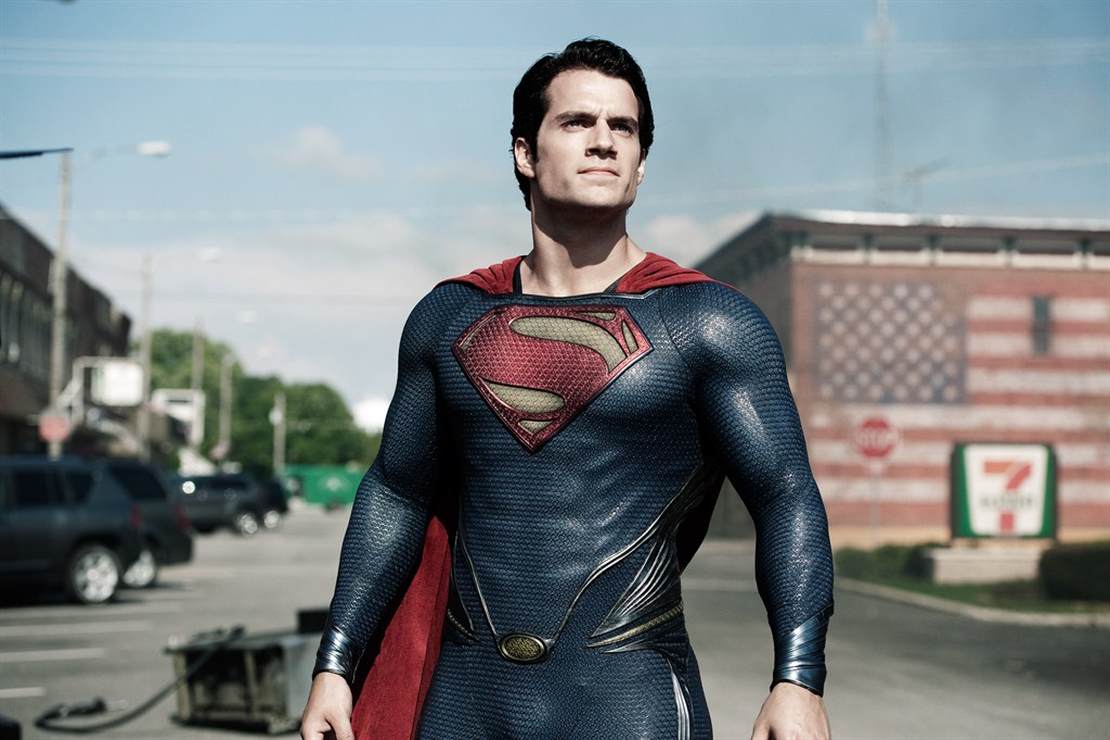 Superman has been around for over 80 years, and he’s been through a lot. He’s kept Lex Luthor from taking over the world more times than you’ve had a hot meal. He’s always putting up with Batman wanting to hang out, even though Superman could beat Bats’ entire rogue’s gallery put together without even looking up from his phone. Ol’ Clark Kent even died once or twice, but eventually he got over it. The Man of Tomorrow has saved the planet every single month for the better part of a century, and he’s still fighting for truth, justice… all that stuff.

But now Superman faces what may be his greatest challenge yet: wokeness!

The project is in very early development, but the new film is being produced by J.J. Abrams’ Bad Robot…

“To be invited into the DC Extended Universe by Warner Bros., DC Films and Bad Robot is an honor,” Coates said in a statement. “I look forward to meaningfully adding to the legacy of America’s most iconic mythic hero…”

“Ta-Nehisi Coates’s ‘Between the World and Me’ opened a window and changed the way many of us see the world,” said Toby Emmerich, chairman of Warner Bros. Pictures Group. “We’re confident that his take on Superman will give fans a new and exciting way to see the Man of Steel.”

If you don’t know who Ta-Nehisi Coates is, that’s because you’re a racist. If you have heard of him, you’re also a racist. He’s an African-American essayist and the best writer on Earth (at least according to a bunch of libs who are terrified of being #canceled if they utter a disparaging word about his prose), and his specialty is pointing out why everything he doesn’t like about the world is due to white supremacy. Coates went from getting a MacArthur Foundation “Genius Grant” to writing Black Panther comic books, and now he’s going to write a Superman movie. Reparations by other means?

Now that Coates is going to write about America’s #1 superhero, it’s worth noting that he was in New York during the 9/11 attack, when a lot of real heroes sacrificed their lives. Since Toby Emmerich mentioned Between the World and Me, here’s a quote from that book where Coates recalled those first responders:

“They were not human to me. Black, white, or whatever, they were menaces of nature; they were the fire, the comet, the storm, which could — with no justification — shatter my body.”

A simple “Thank You” would’ve sufficed, but okay.

This is the guy who’s going to put words in Superman’s mouth. If that’s how Coates feels about actual real-life heroes, who knows what he’ll do with the world’s greatest superhero? If paramedics and firefighters can “shatter” Coates’ body, what does he think about the guy who could pulverize him into hamburger in the blink of an eye? If the NYPD and FDNY are “the fire” and “the comet,” how much does Coates hate the dude who can literally fly through the air and shoot heat beams out of his eyes?

I get the feeling Kal-El is about to check his Kryptonian privilege.

But hey, who knows? Coates hasn’t written a word of the script yet, so I’m willing to give him a chance. Maybe it’ll be good. And if not, he won’t need to worry about anybody saying so, because any criticism of his work will be racist. It’s a good grift if you can get it. Even Al Sharpton never wormed his way into the Daily Planet.

The more I think about this idea, the more I like it. J.J. Abrams, keen observer of pop culture that he is, has pinpointed what any good superhero movie really needs: withering scorn for the audience. I can’t wait to be scolded by the Man of Steel for things I’ve never done. We’ve seen him leap a tall building in a single bound, but why doesn’t he castigate the owner for not hiring more BIPOC staff?

Henry Cavill wants to come back as Supes, but this news seems to back up the scuttlebutt that the DC Universe might introduce a black Superman, a few versions of which have been shown in the comics over the years. (One of DC’s “alternate Earths” has a Superman who’s black and also president of the United States, and you’ll never guess who he’s based on. That’s right: Gerald Ford!) And it’s about time. If there are white guys on other planets, they’ve gotta have somebody to oppress, right? That’s what white people do. All of them, all the time. And if you disagree, you’re a racist.

At Bad Robot, we are committed to dismantling white supremacy at work & at large. We are following leading academics, activists & artists and have compiled an evolving set of resources that we are sharing with friends and colleagues. Onward! https://t.co/fELolh1SaM pic.twitter.com/hp8PnlQxgx

Now that you’re doing your part to “dismantle white supremacy,” you’d better do exactly what Ta-Nehisi Coates wants, with no backtalk. Otherwise, you’ll find yourself #canceled for presiding over an unsafe work environment. When you capitulate to coercion, you just get more of it.

It’s a bird!
It’s a plane!
It’s time to interrogate your whiteness!

The Republic May Rise or Fall Based on the Votes of Two Democrats
California HS teacher blasts students whose parents are concerned about distance learning: ‘Come at me’
Chauvin Defense Expert Destroyed on the Stand
Trump’s McConnell Bashing Serves the GOP a Reminder
Chelsea Clinton calls on Facebook to ban Tucker Carlson