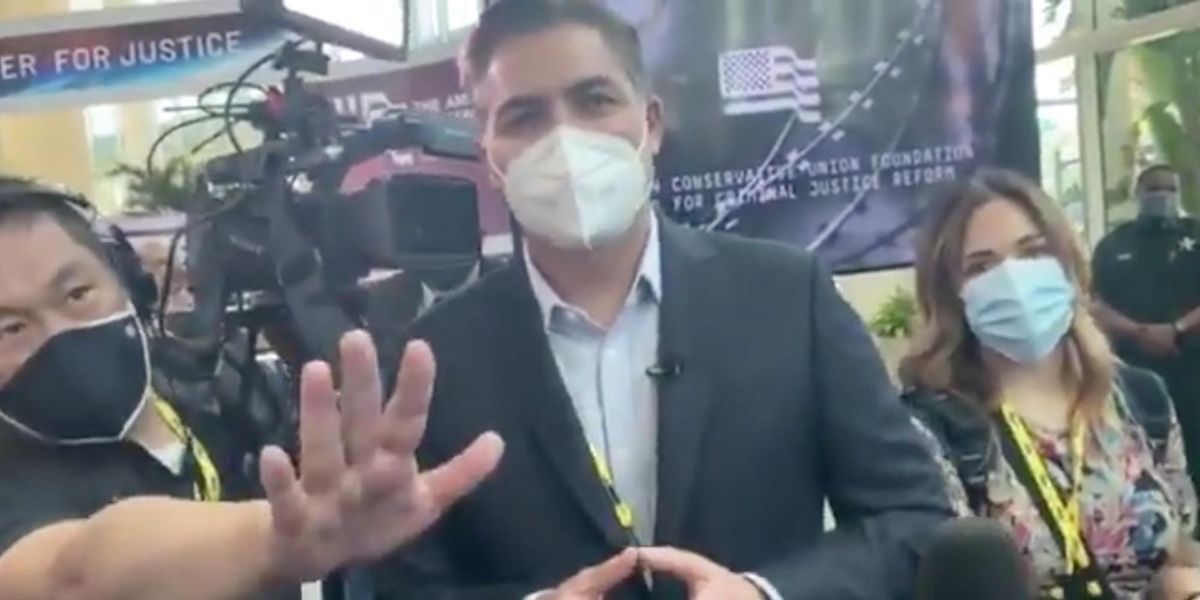 The exchange was captured on video by Acosta’s interlocutor, David Marcus, who is a columnist for The Federalist.

“Hey, Jim, I’m David Marcus from The Federalist, when are you guys going to start covering Cuomo?” Marcus said, interrupting a separate interview with Acosta.

“When are you guys gonna start covering Cuomo?” asked Marcus.

Acosta said that CNN did cover the stories, but Marcus continued to pepper him with questions.

Acosta offered to talk to Marcus after his interview was completed, yet Marcus persisted.

“Sir, let me just finish this interview and then I’ll talk to you,” said Acosta.

“No!” replied Marcus. “When are you gonna start covering it Jim? When is CNN gonna deal with Cuomo?”

“We are covering it,” responded Acosta.

“No, we don’t agree to disagree,” said Marcus disagreeably. “You’re not covering Cuomo!”

Marcus went on to accost him on whether he had any statement about Gov. Cuomo, but he declined.

Here’s the video of the interrogation of Acosta:

Other video from the convention showed attendees surrounding Acosta and chanting, “CNN sucks!” at him.

Marcus later told The Hill that Acosta should have expected that he would face some criticism at such a conference.

Marcus also appeared annoyed at how he was characterized in reporting of the incident.

Former president Donald Trump is scheduled to speak at the event on Sunday evening.

NYC removes the city’s last public pay phone, marking the end of an era
How Bad Will Electricity Blackouts Be This Summer Where You Live?
Monkeypox outbreak was actually predicted in a 2021 report from companies that receive financial support from Bill and Melinda Gates Foundation
Mattel releases Barbie doll based on transgender actor Laverne Cox: ‘We are proud to highlight the importance of inclusion and acceptance at every age’
CNN’s Sick Satisfaction With ‘Destroyed’ ‘Little Bodies’ at Shooting, GOP Is ‘Evil’