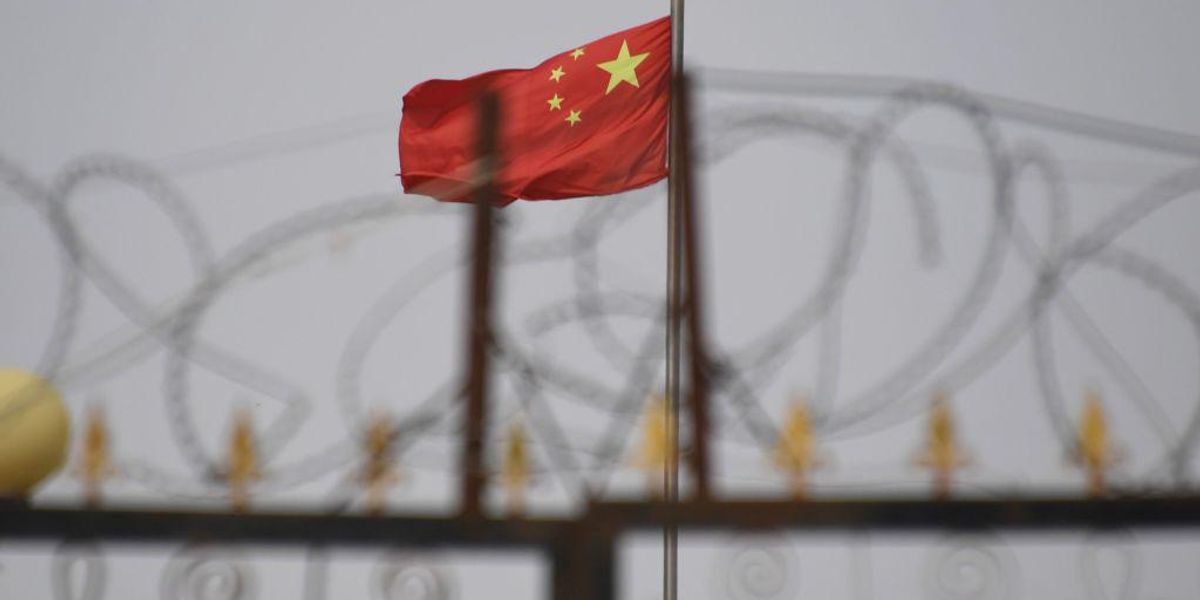 There are multiple reports that a top Chinese official, who is reportedly “close to” Chinese President Xi Jinping, has defected to the United States. The reports claim that the defector is cooperating with a U.S. intelligence agency, providing eye-opening intel about the Wuhan Institute of Virology and China’s bioweapons programs.

There are reports that Dong Jingwei defected from China with his daughter Dong Yang in mid-February, flying from Hong Kong to the United States. Dong landed in California, where he contacted the U.S. Defense Intelligence Agency to inform officials that he was defecting and could provide inside information about covert Chinese operations, according to a report from Red State, which says, “Dong then ‘hid in plain sight’ for about two weeks before disappearing into DIA custody.”

Dong’s “publicly available background indicates that he was responsible for the Ministry’s counterintelligence efforts in China, i.e., spy-catching, since being promoted to vice minister in April 2018,” as reported by the Daily Beast and SpyTalk, which is a news site offering analysis on national security topics and U.S. intelligence operations.

“If the stories are true, Dong would be the highest-level defector in the history of the People’s Republic of China,” the report says.

Dong is “close to” Chinese President Xi Jinping, according to Intelligence Online, a Paris-based newsletter specializing in coverage of the global intelligence community. “He previously headed the Guoanbu in the region of Hebei, which has produced many of Xi’s securocrats,” the publication reported in 2018.

Dong allegedly supplied the U.S. with “information about the Wuhan Institute of Virology that changed the stance of the Biden administration concerning the origins of the COVID-19 pandemic.”

Red State reports, “Not only does Dong have detailed information about China’s special weapons systems, the Chinese military’s operation of the Wuhan Institute of Virology and the origins of SARS-CoV-2, and the Chinese government’s assets and sources within the United States; Dong has extremely embarrassing and damaging information about our intelligence community and government officials in the ‘terabytes of data’ he’s provided to the DIA.”

The Red State report also claims that Dong provided the DIA with information about: “Early pathogenic studies of the virus we now know as SARS-CoV-2, models of predicted COVID-19 spread and damage to the US and the world, financial records detailing which exact organizations and governments funded the research on SARS-CoV-2 and other biological warfare research, names of US citizens who provide intel to China, names of Chinese spies working in the US or attending US universities, financial records showing US businessmen and public officials who’ve received money from the Chinese government, details of meetings US government officials had (perhaps unwittingly) with Chinese spies and members of Russia’s SVR, and how the Chinese government gained access to a CIA communications system, leading to the death of dozens of Chinese people who were working with the CIA.”

The report alleges that Dong delivered copies of the contents of the hard drive of Hunter Biden’s laptop, “showing the information the Chinese government has about Hunter’s pornography problem and about his (and Joe’s) business dealings with Chinese entities.”

Emmy, AP, and RTNDA Award-winning American journalist Adam Housley said earlier this month that the United States “increased pressure on China in recent days is due to a defector with intimate knowledge.”

On the same day as Housley’s report, Red State published an article stating, “A person believed to be among the highest-ranking defectors ever to the United States from the People’s Republic of China has been working with the Defense Intelligence Agency (DIA) for months,” according to sources inside the intelligence community.

“FBI Director Christopher Wray was ‘ambushed’ with the information, they say, and Langley was also unaware,” the Red State report adds. “Sources say DIA leadership kept the defector within their Clandestine Services network to prevent Langley and the State Department from accessing the person, whose existence was kept from other agencies because DIA leadership believes there are Chinese spies or sources inside the FBI, CIA, and several other federal agencies.”

A report from the Washington Times in September 2020 claims that another defector, who was a member of the People’s Liberation Army, furnished the U.S. with information about China’s covert biological weapons program. The defector escaped to Europe and was reportedly “under the protection of a European government security service.” “The PLA defector believes that Chinese intelligence has penetrated the U.S. government and is therefore wary of cooperating with the CIA and other Western spy agencies,” the report alleges.

The Daily Beast article warns that rumors of defectors are common, “Former Pentagon, State Department, and CIA expert Nicholas Eftimiades, author of Chinese Espionage: Operations and Tactics, called the report ‘exactly what it is, a rumor. It happens all the time’ in the information warfare between Beijing and anti-communist overseas Chinese.”

Mollie Saltskog, a senior intelligence analyst with the Soufan Group, notes, “While significant and certainly useful for our intelligence efforts, one high-level defection will not drastically change our understanding or approach to China. In short, if true, this is potentially significant but not a game changer.”