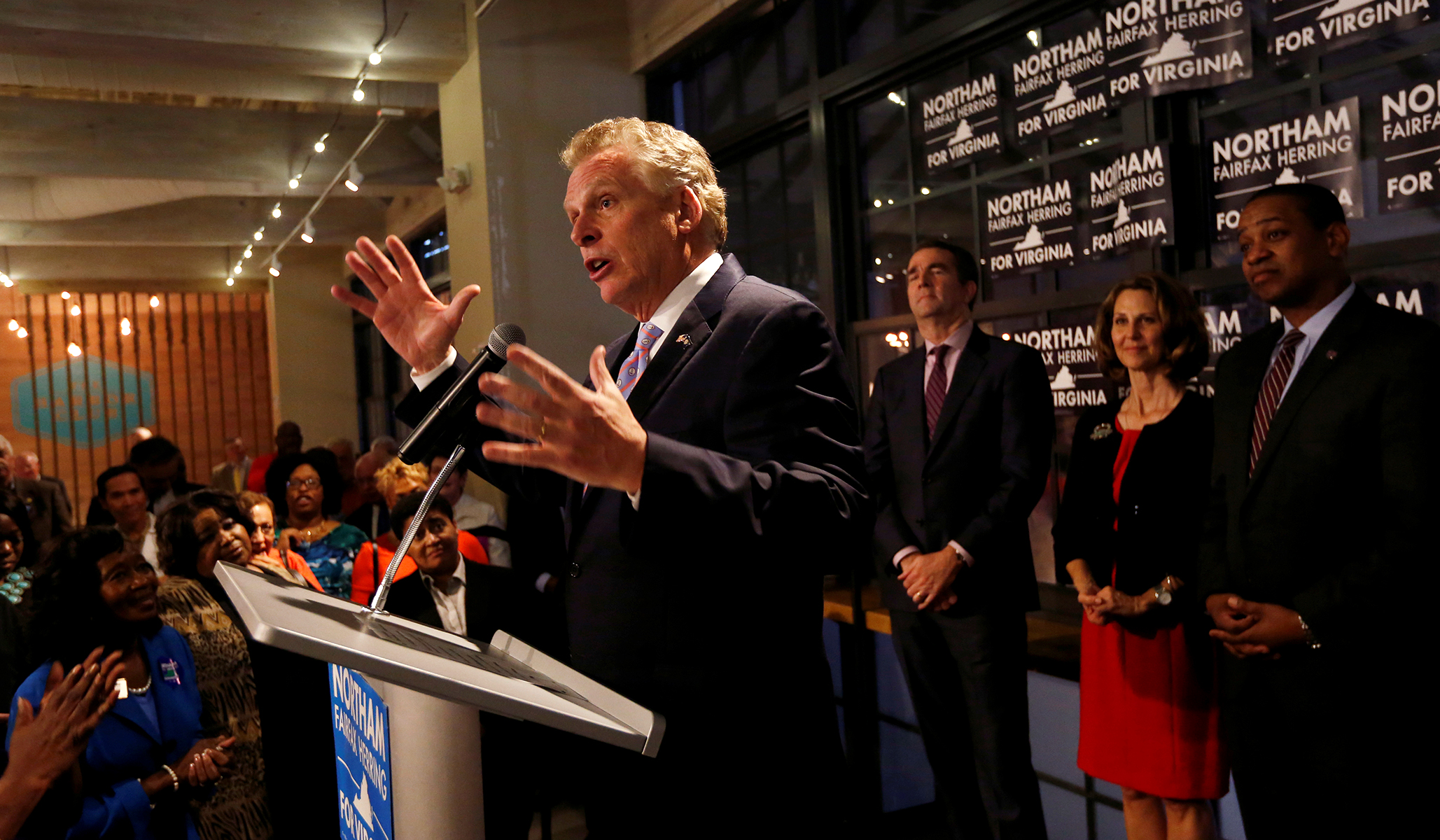 As the Virginia gubernatorial race enters its final weeks, Democrat Terry McAuliffe has turned to a tactic that reeks of desperation: accusing his Republican opponent Glenn Youngkin of being “anti-vaxx.”

McAuliffe made this accusation in the most recent debate, and he repeats it frequently on social media. His campaign went so far as to roll out a TV ad featuring a doctor who insists that Youngkin “won’t listen to doctors and scientists” on the pandemic and the vaccine. It later became public that the doctor in the ad is a long-time progressive activist and donor who himself cast doubt on the vaccine development process while Donald Trump was still president.

In fact, Youngkin has throughout the campaign encouraged Virginians to get the COVID-19 vaccine. “I support the vaccine and encourage Virginians to get it,” Youngkin tweeted late last month, a message he’s offered on social media several times already. In early September, Youngkin even shared a video encouraging viewers to get the vaccine, saying, “I chose to get the COVID vaccine. It’s your right to make your own choice, and I respect that. I do hope you’ll choose to join me in getting the vaccine.”

But McAuliffe evidently expects that voters won’t bother to fact-check his accusations. He has called Youngkin’s position on vaccines “disqualifying” and continually uses the inflammatory phrase “anti-vaxx” to describe him.

But Youngkin doesn’t oppose vaccines at all; he opposes McAuliffe’s proposal of a government vaccine mandate. During a debate, Youngkin even agreed that there are some vaccines for which he supports some existing mandates, because the vaccines in question have been used for a long time and are sufficiently tested. It is his opposition to a heavy-handed, government-imposed COVID-19 vaccine mandate that has earned him the moniker “anti-vaxx.”

If you liked this article, you can support National Review by donating to our webathon. Your contribution is vitally important to helping us fulfill our mission and strengthens our voice as we hold the Left accountable during this critical time.

‘The irony is unreal’: Video shows VP Kamala Harris walking toward airplane so she can jet over to Nevada to talk about the ‘climate crisis’
Is COVID-19 (Almost) Over?
Joe Biden Doing Another CNN Town Hall With ‘Invitation Only’ Audience Members
Fauci says his critics ‘deny reality,’ embrace ‘conspiracy theories’ — but his supporters are ‘guided by the truth’
Our Military Readiness Sucks: Report