Jury Selection Begins in Jussie Smollett Case More Than Two Years after Hate Crime HoaxProfessor who said adult sexual attraction to minors is OK provided it’s not acted upon announces resignationWoman who allows her boyfriend to sleep around complains he’s choosing only white women: ‘Sexual racism’Editor’s Pick: Townhall on CNN Blaming ‘Car’ for Waukesha AttackOmicron Rises, but Our Fears Should NotElection Reform Is a Winning Issue for RepublicansAnthony Fauci: I Am the ScienceDoctor who raised alarm about new COVID variant pumps brakes on hysteria, says symptoms are ‘unusual, but mild’Levi Strauss and Best Buy offer counseling to employees distressed over Rittenhouse acquittal, including session with ‘racial trauma specialist’CNN Pushes More Gun Control After Record Homicides in Philadelphia
Patriot Daily Press
Skip to content 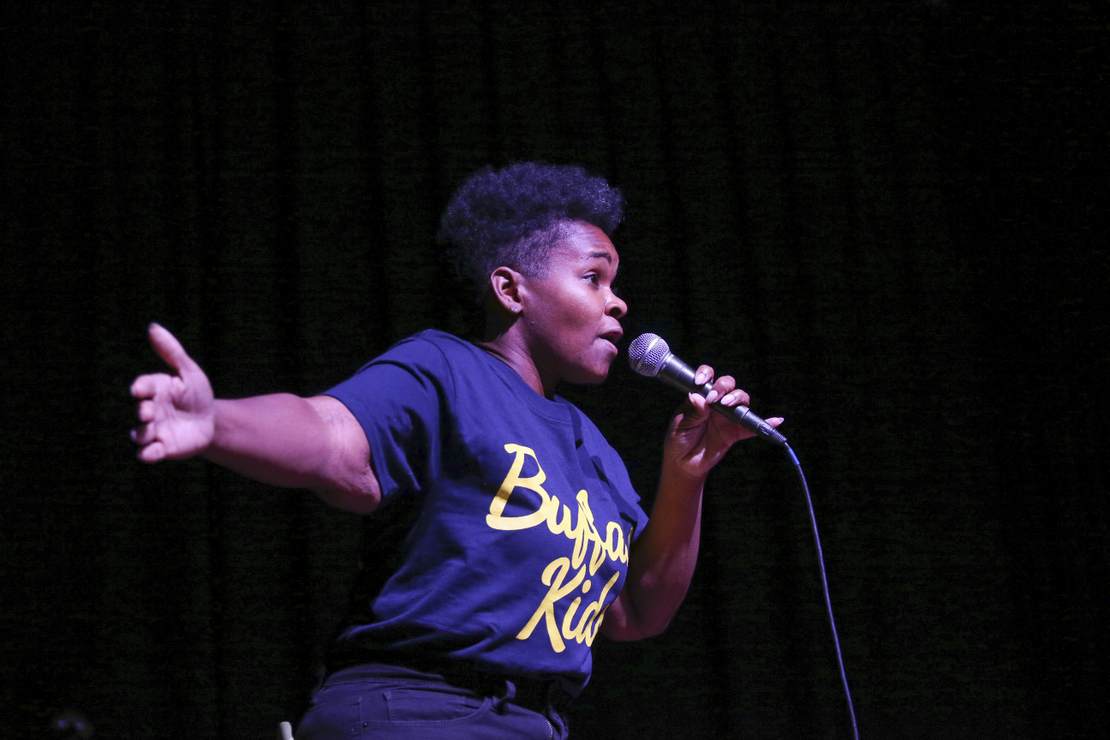 But Brown refused to step aside, choosing instead to run as a write-in candidate in the general election. Brown leads in some polls, but a write-in campaign is hard to measure, as he relies on support from local Republican officials and moderate-to-conservative organizations in Western New York. The local GOP hasn’t fielded a mayoral candidate in nearly 60 years.

Brown says Walton’s aberrant views — like “defund the police” — on crime would imperil Buffalo residents. He points to Walton’s plan to cut funding for the police department.

India Walton wants to cut $7.5 million from the Police Department. That means cutting 100 officers, mostly women and people of color. India Walton is too risky. pic.twitter.com/poOcYjOF6Q

Shortly after winning the primary, Walton confirmed she’d like to eliminate policing. And like other radicals, her campaign now proposes inane alternatives that will “free up resources” for social services to replace police duties, while she searches for those pesky “root causes” of crime.

Meanwhile, with high crime in Buffalo, public safety is voters’ top issue, so Walton has slightly toned down her rhetoric. Yet her priorities remain traditional leftist claptrap, with no interest in combating crime.

Early voting starts TOMORROW at noon and goes through Halloween!

Let’s fight for a city that invests in schools, climate infrastructure, and affordable housing. 📚🌍🏡💪🏾✨

Find the polling place that works best for you! ⬇️ pic.twitter.com/sNoltWGuNy

In a horrific interview Walton granted the hard-left feminist “Reply Guys” podcast this summer, she described policing as the evolution of slave patrols and also insisted Italians were recruited as cops to oppress blacks.

“Policing in this country you, know, while we’re talking about apples and bunches and bushels, policing in this country is in the soil, right? Like, police are an evolution of slave patrols that were invented, um, you know, after the abolition of slavery, and during slavery, to reclaim back when black people were considered property, right? And then when we look past Reconstruction, the reason why there are so many people of Italian American descent in police forces is because you know there used to be this class solidarity. But at a certain point it was like, hey at least you’re not them, right? Like you can be, you can have this position of power and if you keep those people in line then you’ll be okay.”

Related: Minneapolis Voters Decide Next Mayor and Whether to Defund the Police

In this nearly-unintelligible rant, Watson claims that policing was largely created to be a successor to slave patrols. She also believes that Italian Americans took jobs as police officers due to some “racial superiority” in the post-Civil War period; her ilk says Italian immigrants were willing to subjugate blacks if it led to a “position of power” as police officers.

Claims that policing emerged from slave patrols is a myth that’s become popular among libertarians and leftists in recent years trying to delegitimize the institution.

In reality, today’s policing has no relationship to Jim Crow or slavery. Some form of policing has basically always existed in modern civilization.

Buffalo is a liberal city in a blue county, but former President Donald Trump still received 41 percent of the vote last fall, and President Joe Biden crushed Sen. Bernie Sanders in the 2020 Democrat primary. Will a divisive woke radical and admirer of socialist Rep. Alexandria Ocasio-Cortez become its chief executive, or will sensible voters take a hint from New York City and reject an anti-police candidate.

Look.@AOC is a working class WoC who ran for office against all odds, defeated a long-time incumbent who ignored her, galvanized first time campaign volunteers, raised money from small dollar donations, and injected a bold vision to politics.

I guess that’s just how we do now! pic.twitter.com/Hh5YwaoS0A

Dan Brown TV Adaptation: Bible ‘Bizarre Book’ With ‘Outdated Beliefs,’ ‘Outright Absurdities’
Glenn Loury’s Journey from Chicago’s South Side to the Ivy League and Beyond
Twitter Suspends Scientist For His COVID Tweets: Report
Brian Laundrie died by self-inflicted gunshot to the head, medical examiner says
Omicron Rises, but Our Fears Should Not