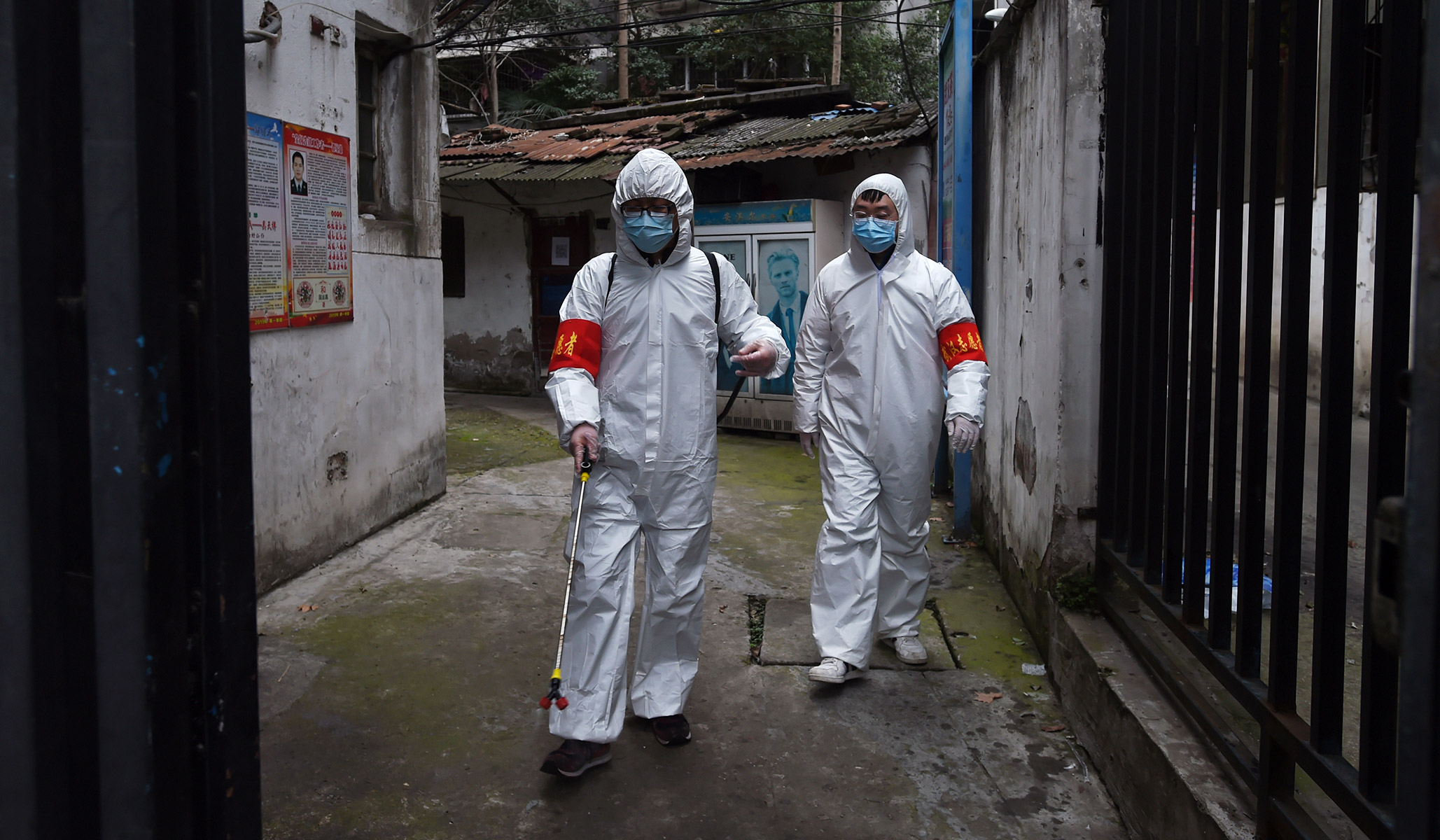 On the menu today: a deep dive into the 18-page declassified U.S. intelligence community report on the origins of COVID-19 — an oddly worded, frustrating document that seems to bend over backward to give Beijing the benefit of the doubt.

The U.S. Intelligence Community Gives Beijing the Benefit of the Doubt

On Friday the Financial Times — usually a solid, reliable newspaper — published a tweet declaring that the, “Covid-19 virus most likely began with Wuhan lab accident, US intelligence agency says.”

As someone who has strongly suspected a lab accident at the Wuhan facility since about April 2020, I would love for the Financial Times tweet to be accurate, but that is not what the U.S. intelligence community has concluded or stated. The short answer is that the U.S. intelligence community hasn’t concluded much of anything about the origins of the COVID-19 pandemic. The statement in the tweet is literally true only if you focus on one intelligence agency and ignore the doubts of the other agencies:

One [intelligence community] element assesses with moderate confidence that the first human infection with SARS-CoV-2 most likely was the result of a laboratory-associated incident, probably involving experimentation, animal handling, or sampling by the Wuhan Institute of Virology. These analysts give weight to the inherently risky nature of work on coronaviruses.” The other three “assess with low confidence that the initial SARS-CoV-2 infection was most likely caused by natural exposure to an animal infected with it or a close progenitor virus.

Earlier this year, the U.S. public and the world were provided with a two-page summary of the investigation’s findings, declaring that the U.S. intelligence community could not determine the origins of COVID-19 and could not add anything to what was already known.

For months people such as myself asked what the point of the U.S. intelligence community was if 18 separate government agencies with amazing technology, enormous resources, and thousands upon thousands of smart and highly trained people couldn’t provide policymakers and the public with clearer answers about life-and-death issues involving the secretive actions of hostile foreign countries.

The 18-page report is fairly infuriating, in part because of its dry bureaucratese and opaque language, and in large part because, assuming this report is accurate, it seems that large swaths of our intelligence community are bending over backward to give the Chinese government the benefit of the doubt. It seems to see nothing suspicious in Beijing’s refusal to turn over data or fully cooperate with international investigations. The fact that Beijing lied to the world for the first three to six weeks of this pandemic, insisting that the virus was not contagious when it obviously was, does not influence our intelligence agencies’ analysis at all. It does not see any signs or indications of a coverup, despite the Wuhan Institute of Virology’s yanking large swaths of data offline shortly before the start of the pandemic.

And the agencies seem to explicitly reject Occam’s Razor, the principle that of two competing theories, the simpler explanation of an entity is to be preferred. As far as we can tell from this report, the U.S. intelligence community does not find it strange or unusual that a random Chinese person, with no connection to the Wuhan Institute of Virology, could have a spectacularly unlucky run-in with a bat or other animal, and that that random Chinese person just happened to catch an exceptionally rare, naturally occurring animal virus that infects, sickens, and spreads among human beings like wildfire on the metaphorical doorstep of one of the three labs in the world doing gain-of-function research on novel coronaviruses found in bats.

The first problem, pointed out by Alina Chan and others, starts at the beginning: “This assessment is based on information through August 2021.” Apparently, this assessment has just been sitting around collecting dust since August 25. Either the process of declassifying information on a subject of intense public interest takes more than two months, or the intelligence community moved at the usual speed of federal bureaucracy on this pressing matter.

In just the past two months, we’ve learned about:

The report states that:

China’s cooperation most likely would be needed to reach a conclusive assessment of the origins of COVID-19. Beijing, however, continues to hinder the global investigation, resist sharing information, and blame other countries, including the United States. These actions reflect, in part, China’s government’s own uncertainty about where an investigation could lead as well as its frustration the international community is using the issue to exert political pressure on China.

At no point does the report suggest that China is refusing to cooperate with the investigation because it knows or suspects that the COVID-19 pandemic was the result of a lab leak and the global outrage from the pandemic. In fact the report rejects this line of thinking, declaring that, “Beijing’s lack of cooperation on origins not diagnostic of either origin.”

At some points the report seems to contradict itself. Early on, it declares that, “Most IC analysts assess with low confidence that SARSCoV-2 was not genetically engineered. Their assessment is based on technical analysis of SARS-CoV-2 and the IC’s growing understanding of traits and the potential for recombination in other coronaviruses.”

But a few paragraphs later, the report notes that, “A 2017 dissertation by a WIV student showed that reverse genetic cloning techniques — which are standard techniques used in advanced molecular laboratories — left no trace of genetic modification of SARS-like coronaviruses.” Wait, where did that student study again? If somebody at the Wuhan Institute of Virology demonstrated you can genetically alter SARS-like coronaviruses and leave no fingerprints, so to speak, doesn’t that seem significant in determining whether other scientists would be able to see if there is genetic modification?

The report notes that the naturally occurring virus that is closest to SARS-CoV-2 — the virus that causes COVID-19 — is RaTG13, which was collected from a mineshaft in southern China and taken for further study to the Wuhan Institute of Virology.

Apparently some intelligence analysts believe that the inability to find animals infected with SARS-CoV-2 in nature is evidence that the virus jumped from an animal directly into a human, separate from the Wuhan Institute of Virology and its animal-collection activities: “Although no confirmed animal source of SARS-CoV-2 has been identified, to include a reservoir or intermediate species, analysts that assess the pandemic was due to natural causes note that in many previous zoonotic outbreaks, the identification of animal sources has taken years, and in some cases, animal sources have not been identified.”

The report continues: “They also see the potential that a laboratory worker inadvertently was infected while collecting unknown animal specimens to be less likely than an infection occurring through numerous hunters, farmers, merchants, and others who have frequent, natural contact with animals.” Never mind that we know the virologists collecting these samples did not always wear the required personal protective equipment. Never mind that the Wuhan Institute of Virology’s own research indicated that natural spillover of viruses was rare, even among the human beings who lived closest to these bats.

Is the natural-origin hypothesis nonsensical? No, because other viral outbreaks have started with natural spillover from animals, and wildlife and livestock farming, wildlife trafficking, and live-animal markets in China are indeed poorly regulated. But if this was a case of reckless animal smugglers, why has the Chinese government — with all the powers of an authoritarian state and some of the most extensive and invasive surveillance tools on the planet — not been able to find the animal smugglers who set off the pandemic?

The report states that, “Given China’s poor public health infrastructure and the potential for asymptomatic infection, some analysts that lean towards a natural origin argue that China’s infectious disease surveillance system would not have been able to detect the SARS-CoV-2 exposure as quickly as a suspected exposure in a laboratory setting.” But that conclusion assumes that anyone at the Wuhan Institute of Virology would want to acknowledge a suspected exposure that set off a global pandemic that has now killed more than 5 million people around the world. Because if there’s anything the Chinese government is known for, it’s quickly and openly admitting its mistakes!

The intelligence community also does not think it is significant that “three researchers from China’s Wuhan Institute of Virology became sick enough in November 2019 that they sought hospital care.” The brightest minds of U.S. intelligence have decreed that it is coincidental: “The IC assesses that information indicating that several WIV researchers reported symptoms consistent with COVID-19 in autumn 2019 is not diagnostic of the pandemic’s origins. Even if confirmed, hospital admission alone would not be diagnostic of COVID-19 infection.”

You can almost hear representatives of that one intelligence agency that is more convinced of the lab-leak hypothesis scoffing at the other agencies.

“These analysts place emphasis on academic articles authored by WIV employees indicating that WIV scientists conducted research on other coronaviruses under what these analysts consider to be inadequate biosafety conditions that could have led to opportunities for a laboratory-associated incident,” the report continues, citing that outlier agency. “These analysts also take into account SARS-CoV-2’s genetic epidemiology and that the initial recorded COVID-19 clusters occurred only in Wuhan — and that WIV researchers who conducted sampling activity throughout China provided a node for the virus to enter the city.”

Good job, lone intelligence agency, for pointing out that if Patient Zero lived or worked somewhere outside the city, we should have seen the first cases flourishing somewhere else.

That section of the report continues:

Based on currently available information, the closest known relatives to SARS-CoV-2 in bats have been identified in Yunnan Province, and researchers bringing samples to laboratories provide a plausible link between these habitats and the city. These analysts also note that China’s investigations into the pandemic’s origin might not uncover evidence of a laboratory-associated incident if it involved only a small number of researchers who did not acknowledge or have knowledge of a potential infection.

That last sentence is important. What if one researcher noticed a tear in his suit or mask or something, didn’t tell anyone because he didn’t want to get in trouble, and then went home and unknowingly infected his family, setting off the pandemic? There is a scenario in which the Wuhan Institute of Virology is the source of the leak, but almost no one at the laboratory knows for certain.

ADDENDUM: Charlie Cooke looks at an ABC News/Ipsos poll showing shockingly low public support for both the “Bipartisan Infrastructure Framework” and the “Build Back Better” legislation and concludes that “The two gargantuan bills that the Democrats are trying to pass through Congress are duds. . . . This is what Joe Manchin is violating his own standards for? This is what Democratic moderates in the House and the Senate are choosing to commit suicide over? This is the cause of our months-long Washington drama?”