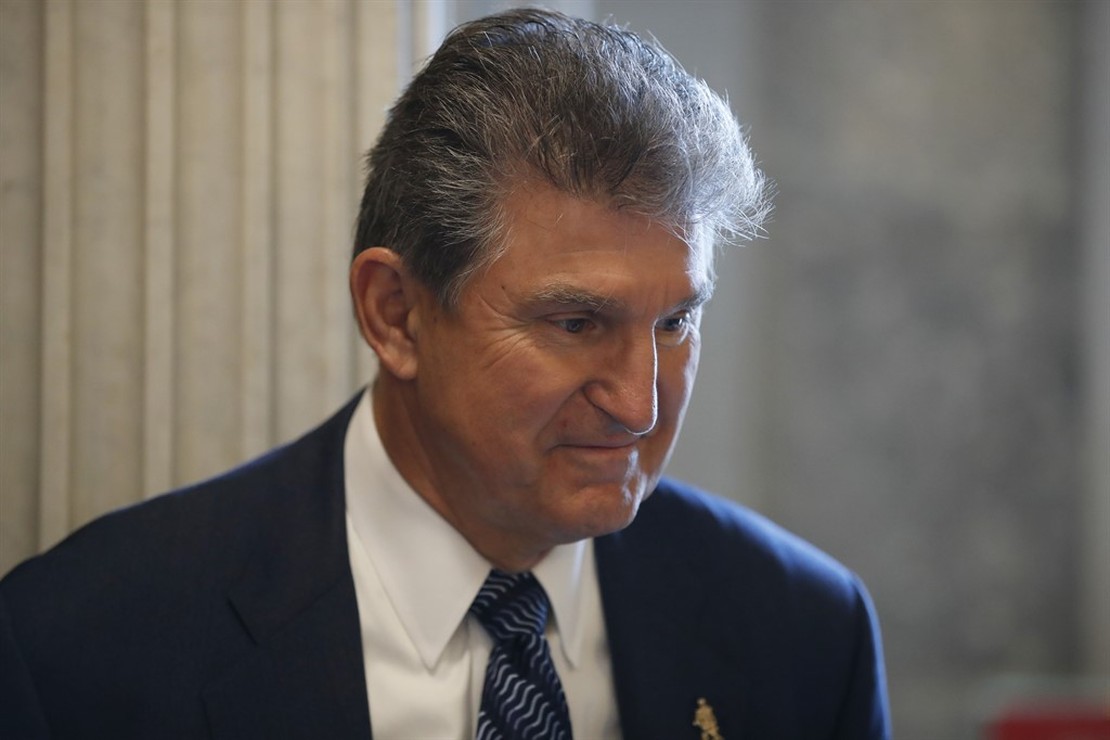 Joe Manchin (D-W.V.) could save the country and his political career by switching parties.

After what happened in his neighboring state of Virginia, it is quite clear that the political environment for him to switch parties couldn’t be better.

Manchin has acknowledged that he’s approached “every day” about switching parties and that it probably would be “easier” to join the GOP than remain a Democrat.

“It would be much easier, my goodness,” Manchin said. “But is that the purpose of being involved in public service, because it’s easy?”

He also insists that switching parties is something he hasn’t thought about. “No. I’ve never thought … What I’m telling you now is who I am. Do you think by having a D or an R or an I is going to change who I am? I don’t think the Rs are going to be any more happy with me than Ds are right now.”

He has a point. Despite being a moderate, he votes with Biden most of the time. But, Manchin is uniquely positioned right now to put the breaks on the radical left-wing agenda of the Democrats by switching parties, when such a move could alter which party has control of the U.S. Senate.

As controversial as a switch might be, it isn’t unprecedented. In 2001, Vermont Senator Jim Jeffords switched from the Republican Party to the Democratic Party, giving control of the chamber to the Democrats. Manchin would be persona non grata to the Democrats, sure, but he pretty much is already. And his continued opposition to the radical policies of the left could prematurely end his career as a U.S. Senator. Arizona Democrats are already talking about recruiting a challenger to Kyrsten Sinema. Manchin is up for reelection in 2024 and if he continues to be a roadblock for the left-wing agenda, he’ll likely face a more “progressive” challenger in the Democratic primary.

And he could lose. In 2006, Senator Joe Lieberman lost the Democratic Senate primary, forcing him to run as an independent. But Connecticut is a blue state and Lieberman managed to win the election, albeit by just ten points. Manchin, however, represents West Virginia, a state that voted for Trump in 2020 by a landslide. If a more progressive Democrat primaries Manchin, he could lose the Democratic primary but have no path to victory as an independent. Manchin barely won reelection in 2018, defeating Republican challenger Patrick Morrisey 49.7 to 46.2 percent—a razor-thin victory compared to 2012 when he won by 24 points. As a result, Manchin heads into 2024 vulnerable … as a Democrat.

If Joe Manchin plans to remain in the United States Senate after the current term, his best play is to switch parties now, before any Republicans officially jump into the race. Then, he can vote with the values of his constituents while staving off any Republican primary challengers by making a deal with the West Virginia GOP. He might not have the most conservative record, but by switching parties now, he’d be a hero of the Republican Party and earn their loyalty when he’s up for reelection in 2024.

NHL team skips ‘Pride Night’ warmup jerseys: ‘We support everyone’s individual right to respectfully express their beliefs’
World Health Organization Extends COVID-19 International Health Emergency. WHY?
CNN anchor wastes no time grilling Schiff over claims that got him booted from committee: ‘That turned out not to be true’
On PBS, Amanpour Warns LGBTQ ‘Human Rights Are Under Fire’ from ‘Strange’ DeSantis
Florida mother suing school district for banning her from volunteering because she’s an OnlyFans model