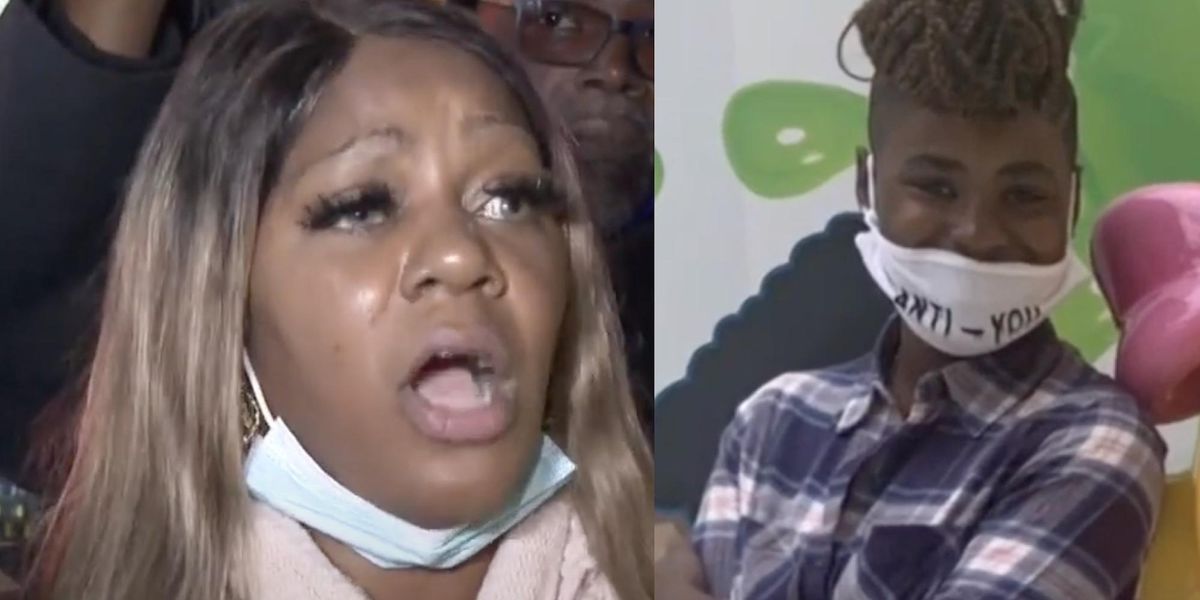 A mother of a missing 14-year-old begged for information about her whereabouts and organized search parties, but was herself arrested after the girl was found safe nearly a month later.

Many were relieved when Jashyah Moore was found safe on the streets of New York City Thursday after having been missing from her home in East Orange, New Jersey since Oct. 4.

Her mother, Jamie Moore, had put up flyers and started a GoFundMe account to help for the search for her daughter.

“I feel like somebody may have her against her will!” said Jamie Moore to the media.

“I love you! If you see this, I’m looking for you!” she said tearfully.

In a separate statement, Jamie Moore specifically denied that her daughter had ran away.

On Friday, the 39-year-old mother was arrested after police interviewed her over allegations from her daughter that she had been abused at home.

The 14-year-old said that it was the abuse that led her to run away from home, police allege.

“Obviously this was an extremely resilient and resourceful young lady and she decided she wanted to be someplace other than where she had been and she made it happen,” said Acting Essex County Prosecutor Theodore Stephens.

The teenager was not reunited with her mother but instead was taken into the custody of the New Jersey Division of Child Protection and Permanency. Her 3-year-old brother was also taken into the agency’s custody.

Jashyah was found when someone spotted her in Harlem, but she initially denied that she was Jashyah Moore.

The GoFundMe account to help fund the search gathered more than $8,000.

Here’s more about the startling case:

Trump Exposed His Fear of DeSantis in 2024
Woman allegedly met 87-year-old Holocaust survivor on dating site, conned him out of millions that she blew on luxury items
Ron DeSantis reportedly preparing for 2024 presidential run. A ‘more angry’ Donald Trump takes shot at ‘disloyal’ Florida governor.
Married exec claims he was fired by woke Google for not being ‘inclusive’ in aftermath of molestation at hands of Asian female executive
Politico Florida bureau chief mocked for saying DeSantis team makes relationship with media ‘worse’ by sharing screenshots of reporter questions