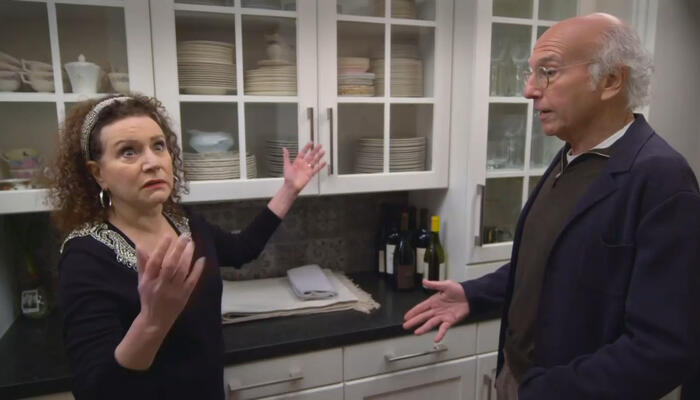 Michael Scott, the unctuous boss at Dunder Mifflin, is too much of a boor to be accepted by Cancel Culture scolds. Yet the main character in HBO’s Curb Your Enthusiasm, the pseudo Larry David, is just as warped without a hint of cancellation.

At least not yet…

“The world has changed. He hasn’t,” goes the HBO tagline for Curb’s 11th season, which kicked off Oct. 24. The far-left IndieWire, which often leads the Cancel Culture charge, praised the show’s status quo sans irony.

David resists Cancel Culture, both in refusing to soften his character’s edges and not bowing to woke demands. It sounds like Susie Essman, who co-stars as Larry’s frenemy on Curb, is firmly on David’s side. 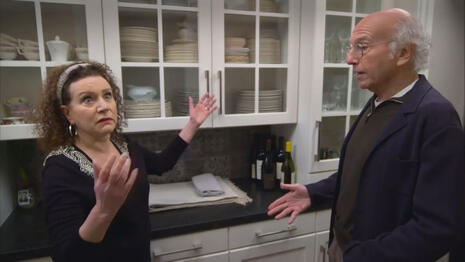 Essman, a veteran actress and stand-up performer, told The Jerusalem Post why she’s no fan of Cancel Culture. She also defended David for not bowing to the mob, either on Curb or elsewhere.

…Larry does not care if he’s politically incorrect and who he offends. He doesn’t care. He’s an equal opportunity offender. If he doesn’t care, then I certainly don’t. It gives me tremendous freedom to do whatever I want to do.

It’s one reason the show retains its comedic bite through 11 seasons. Essman also shared her perspective as a stand-up comic, noting how Cancel Culture interrupts the vital way comedians hone their craft.

…I do think that the job of comedians is to push the envelope. And I think that too many people feel like they have their hands tied right now, and that concerns me. Especially for younger comics. I know when I was starting out, there was no Twitter and there were no phones in the clubs, and you could kind of find your own line. Sometimes you go too far and you feel that little thing crawling up your spine. You’re kind of figuring out who you are and what your persona is on stage. And by necessity you need to make mistakes and go over the edge sometimes.

Today’s comedians no longer have that luxury.

Think how Daniel Tosh, a firebrand comic and host of Tosh.0, had to apologize for rape jokes he made during a stand-up appearance in 2012. It’s only gotten more unforgiving from there.

There’s a reason many comics, including Dave Chappelle, demand fans lock up their smart phones before the show begins.

Stand-up comedy, Essman says, is “an experimental art form.” Cancel Culture doesn’t allow comedians to hone their craft on their terms, trusting the audience to know it’s a work in progress.

That’s “problematic,” she notes. Chances are her stand-up peers agree, even if most are too afraid to say so out loud.

[Cross-posted from Hollywood in Toto]

Racializing the Death of a Black Man by the Police, Part I
Trump’s Plan to End ‘Left-wing Gender Insanity’ Is One We Can All Get Behind
Cracks in the Republican Majority Already Showing
Bank of Canada admits Trudeau’s climate-alarmist policies are worsening inflation
NewsBusters Podcast: CNN Ratings Crash Matches Doubling Down on Bias