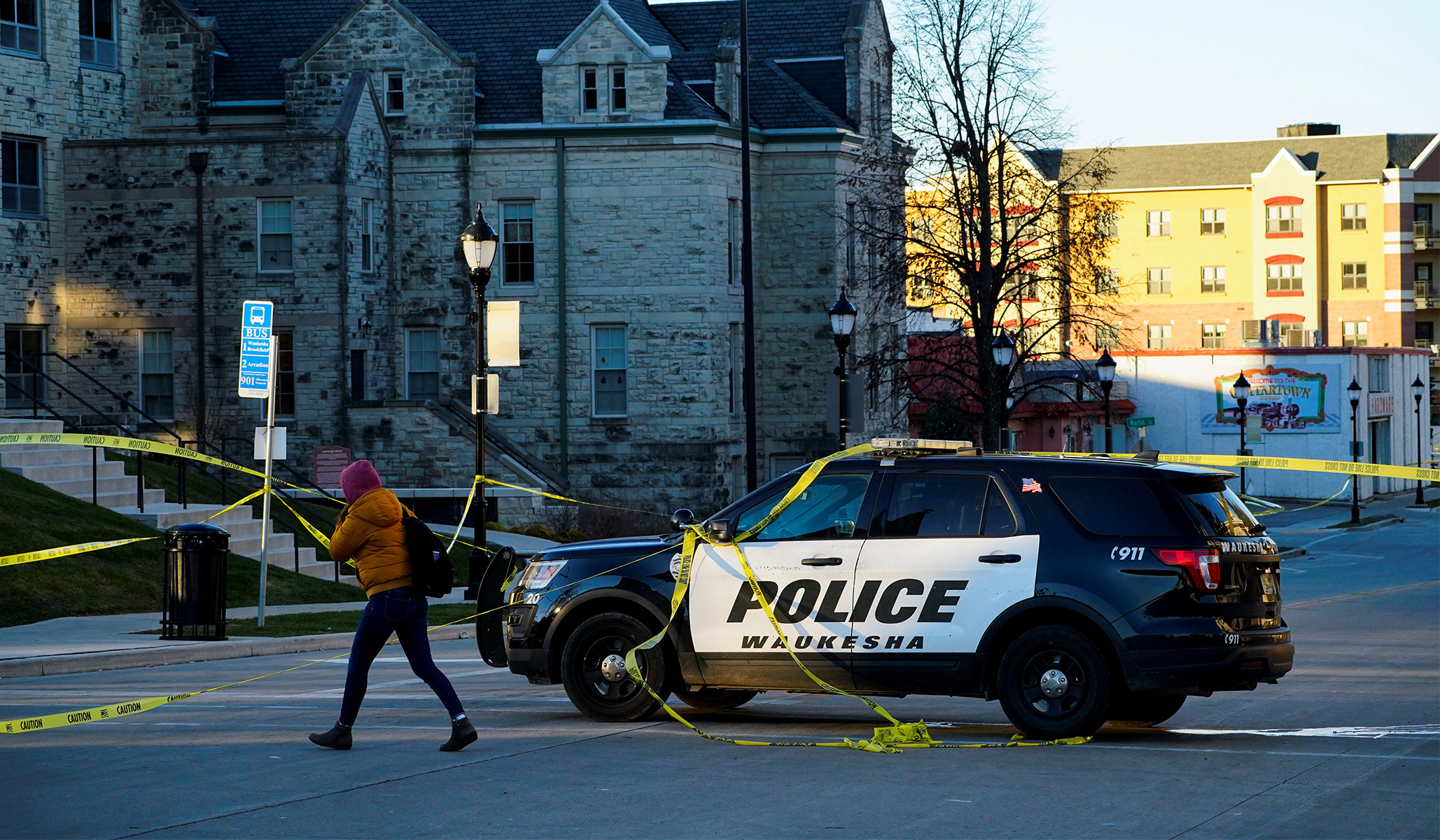 “Person of Interest” Darrell Brooks Jr. has been taken into custody in connection with the Waukesha Christmas parade massacre. The news site Heavy.com has reported on Brooks’s social-media accounts, some of which have already been deleted, in addition to his lengthy criminal record and open felony cases in Wisconsin’s court system. According to the site’s story, among Brooks’s prior convictions are several instances of marijuana possession. And on one of his Twitter pages, he describes himself as a “stoner.”

Cannabis use is an often overlooked commonality among mass murderers and other violent offenders — one that the British journalist Peter Hitchens has warned about for some time. “No, not every marijuana smoker goes out and kills. So what?” Hitchens wrote in a piece for the Daily Mail, discussing the U.K.’s growing knife-crime problem. “Not every boozer gets into fights, or commits rape, or kills people with drunken driving. Not every cigarette smoker gets cancer or heart disease. But we act against these things because of the significant minority who do cause or experience these tragic outcomes.”

Hitchens argues that no normal-minded person commits what are objectively irrational and heinous acts. But drugs make for abnormal-mindedness. The scientific links between cannabis use and psychosis are well established. As I documented in a piece for The Spectator earlier this year:

A 2008 article in World Psychiatry, the top journal in the field, outlines the results of a 15-year prospective study in Sweden examining schizophrenia in over 50,000 Swedish conscripts. It found during its 27-year followup that, if the association they identify was indeed causal, ‘13 percent of cases of schizophrenia could be averted if all cannabis use were prevented’. A more recent 2019 study in the Lancet Psychiatry examined patterns of psychotic incidence across Europe in connection to cannabis use, and found that ‘daily cannabis use was associated with increased odds of psychotic disorder compared with never users, increasing to nearly five-times increased odds for daily use of high-potency types of cannabis’. Moreover, they concluded that, assuming this association was causal (which the authors consider highly credible), as much as ‘20 percent of the new cases of psychotic disorder across all our sites could have been prevented if daily use of cannabis had been abolished’.

Researchers have also noted that: “Considerable evidence suggests that much of the violent behavior observed in the mentally ill is not random but is motivated and directed by psychotic symptoms. In many cases, the behavior appears to be a predictable and in some ways rational response to irrational beliefs (delusions) and perceptions (hallucinations).”

So how many mass murderers in the U.S. were also drug users? It’s an interesting question. Oddly, however, the police don’t seem particularly interested in the answer — policy-makers and the media, even less so.

The FBI found no motive in the Las Vegas massacre — the deadliest mass shooting in U.S. history — when Stephen Paddock killed 60 people and wounded 867 others. We know from the autopsy that he had anti-anxiety medication in his system. Was he using anything else? Devin Kelley, the Texas shooter who killed 26 people at First Baptist Church, was a marijuana user. Ahmad Al Aliwi Alissa, the 21-year-old gunman in the Boulder supermarket shooting, was “paranoid” and socially awkward according to his brother. Given that paranoia and social isolation are common characteristics among chronic weed users, might he also have been a pothead?

Omar Mateen, who killed 49 people and injured 53 more at a gay bar in Orlando, also admitted to marijuana use. Nikolas Cruz, the Marjory Stoneman Douglas High School shooter, was a daily cannabis user. In his post-conviction comments, Cruz said, “I hate drugs, I believe this country would do better if everyone would stop smoking marijuana.”

Of course, drugs are not the only driving factor behind senseless evil. Sometimes it’s ideology. Sometimes impenetrable badness. But our incuriosity on the subject is strange, to say the least.