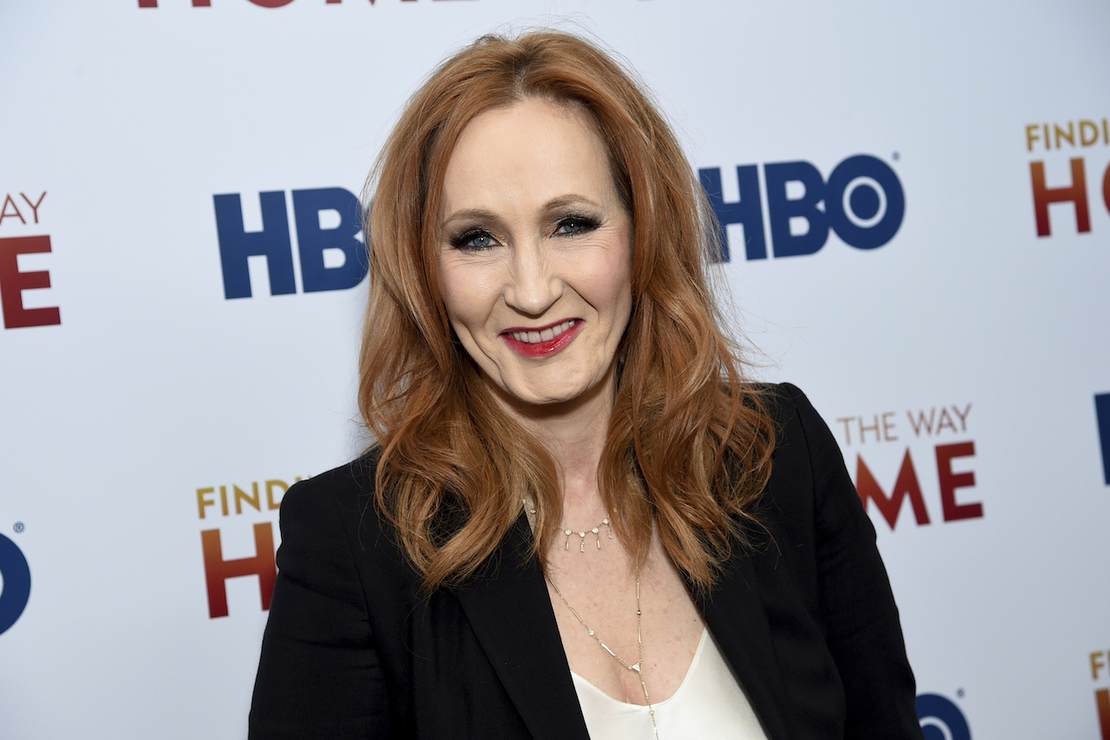 J.K. Rowling, the author of the Harry Potter series, is, without a doubt, a woke liberal. As conservative movie critic Christian Toto noted, she’s not only bashed Donald Trump, but she also “retconned her own saga to make it more inclusive and enjoyed an exalted place in pop culture.”

Even though she’s “previously shown sympathy for gay and transgender issues,” she’s not sufficiently woke for the radical transgender movement. She has been accused of being transphobic because of her views on sex and gender, particularly for being against transitioning children and defending a woman who was fired for tweeting “men cannot change into women.”

Her moderate views on transgenderism have caused significant backlash for her. The most recent example would be her not being invited to participate in the Harry Potter reunion special on HBO Max.

But that’s the least of her problems.

“Last Friday, my family’s address was posted on Twitter by three activist actors who took pictures of themselves in front of our house, carefully positioning themselves to ensure that our address was visible,” the author tweeted Monday morning. “I’ve now received so many death threats I could paper the house with them, and I haven’t stopped speaking out. Perhaps – and I’m just throwing this out there – the best way to prove your movement isn’t a threat to women, is to stop stalking, harassing and threatening us.”

Rowling also pointed out that she’s not alone in being targeted for her views.

Over the last few years I’ve watched, appalled, as women like Allison Bailey, Raquel Sanchez, Marion Miller, Rosie Duffield, Joanna Cherry, Julie Bindel, Rosa Freedman, Kathleen Stock and many, many others, including women who have no public profile but who’ve contacted me to relate their experiences, have been subject to campaigns of intimidation which range from being hounded on social media, the targeting of their employers, all the way up to doxing and direct threats of violence, including rape. None of these women are protected in the way I am. They and their families have been put into a state of fear and distress for no other reason than that they refuse to uncritically accept that the socio-political concept of gender identity should replace that of sex.

This is how the radical left operates. Bully the opposition into submission. I was suspended from Twitter for pointing out the biological fact that Rachel Levine is a male. But that is nothing compared to what others like J.K. Rowling have endured. The radical trans movement is literally threatening the lives of those who dare to speak out against the orthodoxy.

If the trans movement thinks this will silence those of us who dare speak the truth, it won’t. Rowling isn’t backing down. Neither am I. This is an important issue to stand up against the bullies and the gatekeepers on, and if we back down, there’s nothing they can’t do to oppress us. When we back down, we empower them.

GOP Rep. John Katko, one of the House Republicans who voted to impeach Trump last year, announces that he will not seek another term in Congress
RNC HARDBALL: Threatens Pullout of Current Presidential Debate System Due to Bias, TIming
An Election Model That Bears Grim News for Senate Democrats
‘Kiss My A**’: Dan Bongino unleashes on YouTube over the Big Tech giant’s temporary suspension of his channel
Texas Synagogue Hostages Rescued; Hostage-Taker Dead