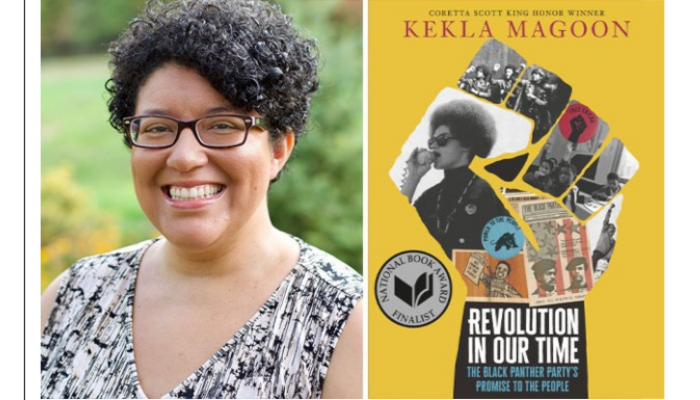 Whenever liberals talk about topics that will “spark conversations with teens,” expect the indoctrination to begin. Sunday’s Washington Post has a section on “Summer Books 2022” including “Young Adult” book options parents can buy for their kids (and both can read and discuss). Librarians Karen MacPherson and Deborah Taylor touted books on “serious and sometimes controversial topics — but that’s what books are for and why reading them with your kids can be a learning experience for everyone.”

The most eyebrow-raising recommendation was Revolution in Our Time: The Black Panther Party’s Promise to the People by Kekla Magoon. The Panthers were Marxist-Leninists, so it at least it’s accurate to compare them to Black Lives Matter: 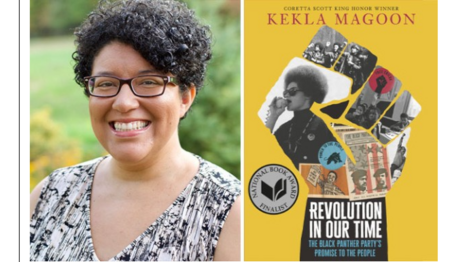 Magoon presents a comprehensive history of the Black Panther Party, from its heyday in the 1960s and ’70s amid intense persecution by federal authorities to its eventual demise in the early 1980s. Magoon concludes this beautifully designed, timely volume by connecting the Panthers’ legacy to the current work of the Black Lives Matter movement.

Then there’s Punching the Air by Ibi Zoboi and Yusaf Salaam:

Sixteen-year-old Amal Shahid is unjustly sent to prison after he and his Black friends clash with a group of taunting White teens. Telling their story in first-person verse poems, Zoboi and Salaam take us into the heart of Amal’s pain and anger. Amal’s story was inspired by Salaam’s experience as one of five Black teens in the Central Park jogger case, who spent years in prison before being exonerated of the crime.

In more conventional terms, there’s the March Trilogy of graphic novels celebrating the early life of liberal Democrat Rep. John Lewis of Georgia: “The momentous early life of the late U.S. Rep. John Lewis and his struggle for civil rights comes to vivid life in this three-part graphic novel series. The books chronicle how Lewis and other civil rights activists used nonviolent tactics to protest racist policies at great personal risk. Before he died in 2020, Lewis, working again with Aydin, continued his story in Run: Book One.”

Naturally, there are LGBT-promoting titles as well, like Check Please! Book #1: Hockey by Nkozi Ugazu.

Ukazu’s debut graphic novel features a young man named Eric “Bitty” Bittle, whose speed and agility, honed in figure skating, make him a skillful hockey player. But Bitty, who also loves to bake and vlog and is gay, is something of a misfit on his college hockey team until he finds love and learns to accept himself for who he is. (Book 2: Sticks & Scones is also available).

The description is more subtle in Aristotle and Dante Discover the Secrets of the Universe by Benjamin Alire Saenz.

It’s the summer of 1987, and El Paso teen Aristotle “Ari” Mendoza is going through a rough patch. Then Ari meets Dante Quintana and life changes dramatically. Sáenz takes us along Ari’s challenging and ultimately fulfilling journey toward self-acceptance, hope and love.

On Amazon, lefties were upset that Ari had to be “cluebatted” about being gay, and the twist that a major character in the narrative murdered a trans woman sex worker in a “trans panic” episode.

We’ve Seen This Kind of Denial From the White House Before
Hammer-wielding shoplifter bashes head of 70-year-old laundromat worker who tries to stop theft. Crook apparently needed some free bleach.
European ‘Hunger Stones’ Blow Up Key Climate Narrative
HHS Secretary Xavier Becerra Would Be Fired if He Weren’t a Valuable Minority
FBI claims only 4.4% of active shooter incidents were thwarted by armed citizens, but real figure may be closer to 14.6%