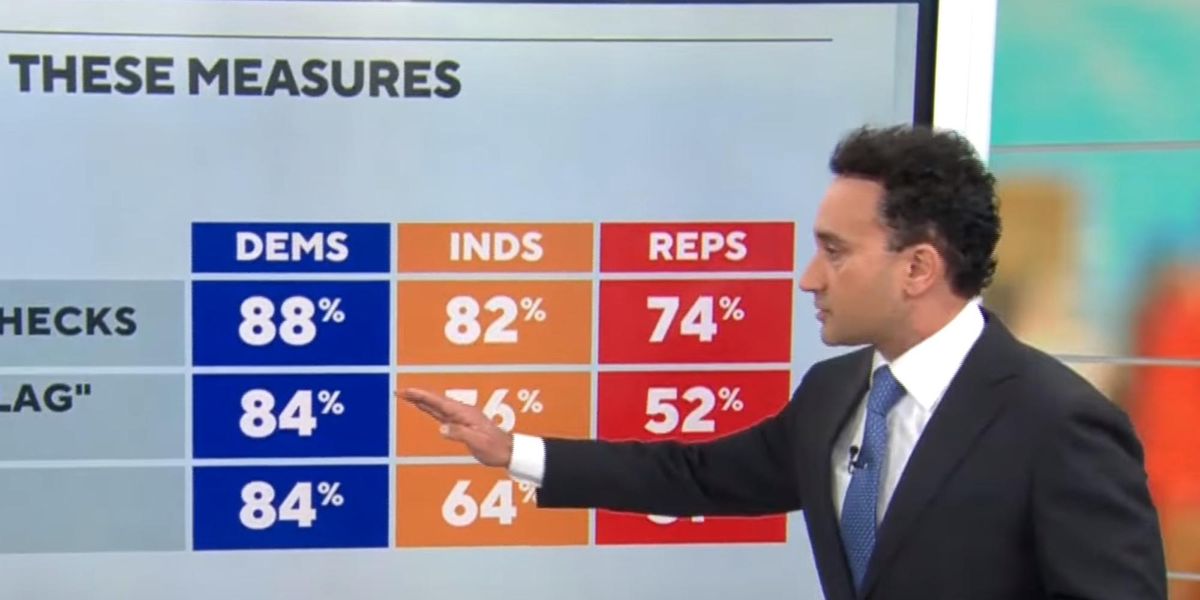 A CBS News poll found that many Republicans believed mass shootings were something Americans need to accept in a free society and the results led to furious outrage from many on the left.

The poll conducted by YouGov found that 44% of Republicans answered that mass shootings need to be accepted in a free society. 56% of Republicans said they could be prevented if “we really tried.”

Overall, 72% of people polled said mass shootings were preventable while only 28% said they would need to accepted.

Among Democrats, 15% said shootings have to be accepted while 85% said they were preventable.

The partisan nature of the results led many on social media to excoriate Republicans.

u201c44% of Republicans believe that mass shootings are u2018unfortunately something we have to accept as part of a free society’ per a recent CBS poll.nnIu2019m sorry, but living with the threat of random mass violence isnu2019t freedom.u201d

“Mass shootings is something to have to accept? What kind of demented thinking accepts the mass killing of innocent people?!!” read another tweet.

“44% of Republicans believe that child sacrifice is necessary to prevent the god named Second Amendment from becoming angry and eating our freedom,” replied another detractor.

“Uuummm this is not normal, this is pure madness. And not anything to do with a ‘free’ society,” read another popular tweet.

“Once again for the people all the way in the back, the GQP aren’t pro-life nor do they care about kids. When you accept mass murder, you’re as evil as can be,” replied a liberal commentator.

“F*** THE US I have no f***ing hope for this country at all, I’m getting the f*** out the first chance I get,” declared another critic.

The same poll in 2017 found that a majority of gun owners said we needed to accept mass shootings, while 67% of respondents who don’t own guns said they could be stopped with more effort.

Here’s a news video about the poll on gun control: