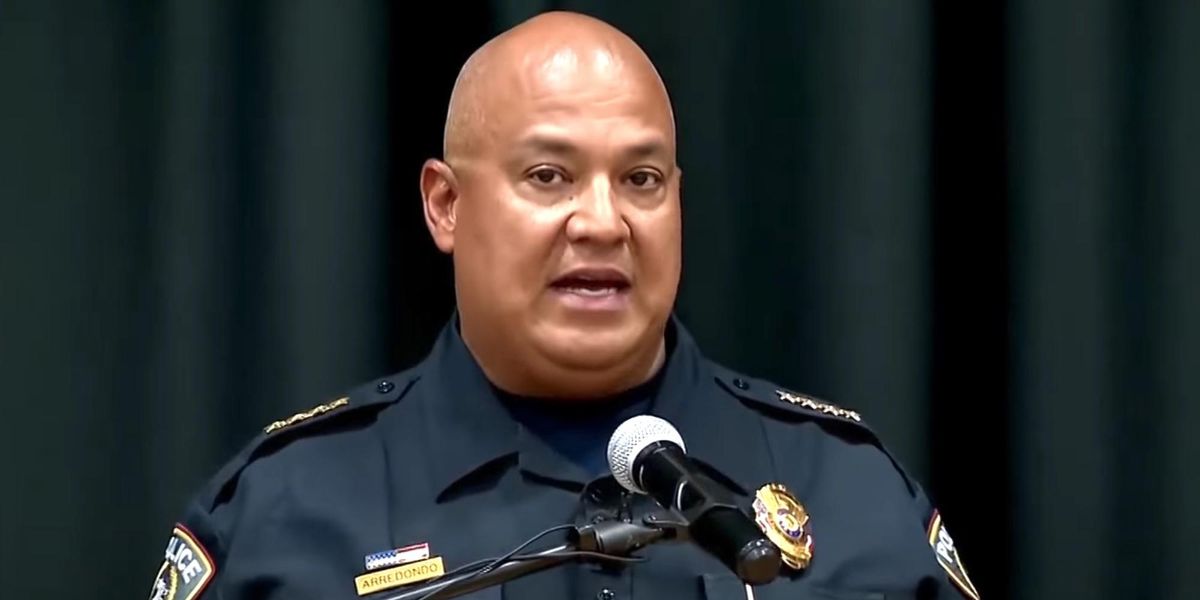 The Uvalde school police chief who has been lambasted for the lack of police response in the child massacre said that he didn’t know he was in charge at the time and explained how he didn’t know about 911 calls coming from inside the school.

Pete Arredondo, the chief of police for the Uvalde school district, made the revelations in an interview with the Texas Tribune that was published Thursday.

He went through a moment by moment recollection of what he did during the hour that the shooter was locked in with children at Robb Elementary School and kept killing them.

Arredondo assumed that some other officer or official had taken control of the larger response. He took on the role of a front-line responder.

He said he never considered himself the scene’s incident commander and did not give any instruction that police should not attempt to breach the building. DPS officials have described Arredondo as the incident commander and said Arredondo made the call to stand down and treat the incident as a “barricaded suspect,” which halted the attempt to enter the room and take down the shooter. “I didn’t issue any orders,” Arredondo said. “I called for assistance and asked for an extraction tool to open the door.”

Arredondo also cleared up the mystery surrounding why police didn’t take more aggressive measures to save the children inside the school who were calling 911 and begging for help.

He said that he had rushed off to the incident and left his radios behind, which limited his access to information from other police.

To Arredondo, the choice was logical. An armed killer was loose on the campus of the elementary school. Every second mattered. He wanted both hands free to hold his gun, ready to aim and fire quickly and accurately if he encountered the gunman.

He said that when he made his way to the two classrooms of the incident that he had assumed the gunman had barricaded himself in. According to his account, no one in the hallway told him about the 911 calls being made from inside the rooms, and he had no radios to become informed about the calls.

A police tactics expert told the Tribune that the chief being without a radio was inexplicable and “inconceivable.”

“Not a single responding officer ever hesitated, even for a moment, to put themselves at risk to save the children,” Arredondo said. “We responded to the information that we had and had to adjust to whatever we faced. Our objective was to save as many lives as we could, and the extraction of the students from the classrooms by all that were involved saved over 500 of our Uvalde students and teachers before we gained access to the shooter and eliminated the threat.”

The Tribune reported that Arredondo has received death threats and has had to go into hiding over the police response to the massacre.

He was also raised in Uvalde, and had attended Robb Elementary School as a boy.

Here’s a local news report about the unbelievable statement: