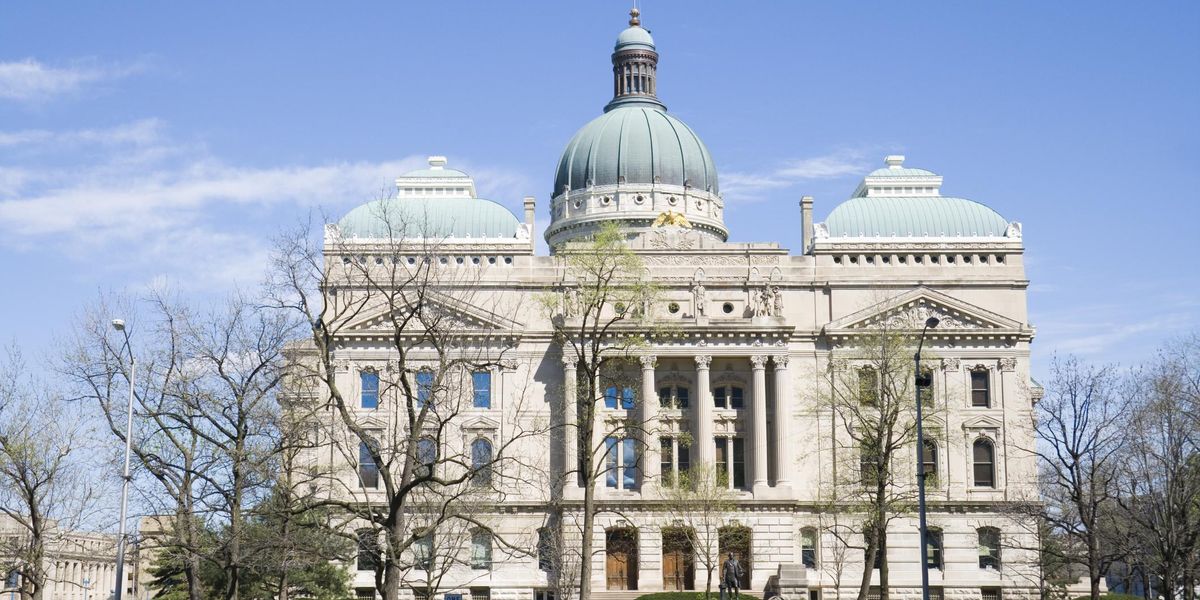 It’s the body of government closest to the people, yet it’s the most forgotten, overshadowed, and weakened body in recent years. However, with the Dobbs opinion returning the power to regulate abortions to state legislatures, we now have the opportunity to focus our attention on legislative elections, sessions, and policies and settle our acerbic cultural and legal differences in the most prudent and democratic process.

We are an irrevocably divided nation, and it will only get worse over time. We can’t agree on the definition of a marriage, a woman, a citizen, a criminal, a fundamental right, or the purpose of our existence, much less the purpose of our government. We can either continue forging ahead with a winner-take-all approach to politics and have the federal executive bureaucracy – the least accountable and transparent branch of government and most distant from the people – decide every important political question. Or we settle those debates in state legislatures – the branch closest to the people where most members are elected every two years.

Whether you abhor abortion as murder or think it’s the greatest sacrament of virtue, the reality is that red states are going to ban abortions (many already have) and the blue states are going to obsessively expand access to them. Unlike the seven justices who initially banned all regulation of abortion in 1973, all those legislators in each state will be subject to removal every two or four years. For the most part, the legislators will vote in a way that reflects the values of the majority in their areas. This is the self-sorting process we’ve always needed. This dynamic needs to expand to every other important issue of our time. It’s not a perfect process, but it’s much better than where we are today, and it will allow us to live side by side harmoniously in a de facto amicable separation, albeit with shared custody over certain issues that are national in scope.

In the coming months, conservatives will be trained by their favorite Fox News media figures to obsess about the potential of a RINO takeover of Congress and the coming presidential election, even though the latter won’t even be relevant, policy-wise, until 2025. But the reality is that Republicans control trifecta supermajorities in a number of states today and will only expand that dominance next year. Come January, they have the ability to make those states de facto sanctuaries for our rights and values – if only we focus our pressure on elected state Republicans and educate them concerning the enormity of their power. It’s time to use it.

In his national design for governance, Madison explained the state vs. federal arrangement in Federalist #45 as follows: “The powers delegated by the proposed Constitution to the Federal Government, are few and defined. Those which are to remain in the State Governments are numerous and indefinite. The former will be exercised principally on external objects, as war, peace, negotiation, and foreign commerce; with which last the power of taxation will for the most part be connected. The powers reserved to the several States will extend to all the objects, which, in the ordinary course of affairs, concern the lives, liberties and properties of the people; and the internal order, improvement, and prosperity of the State.”

Think about issues like COVID fascism and transgenderism. Internal order, liberties, and property, etc. – this can all be rectified at a state level. Anything outside war and foreign commerce is fair game. This is where conservatives failed to act during the lockdowns and COVID fascism. They should have activated the legislatures immediately and forced debate for the states to immediately reject the federal policies. It’s still not too late to change course.

In responding to the Biden administration’s immoral and illegal policies and edicts over the next two and a half years, conservatives should have a one-track mind and be singularly focused on how they can pressure their legislatures to interpose against the federal tyranny. Conservatives have long been distracted away from a state legislative focus, but perhaps the Democrats will teach them how it’s done. Believe me, the blue states will immediately take action and juice up funding for abortion while expanding its legal scope – perhaps even to after the birth of the baby.

Likewise, most GOP legislatures and attorneys general seem to have acted swiftly to immediately ban abortion at the first opportunity. But we now need to see this swiftness on other issues as well. For example, Biden’s Department of Education just promulgated a rule putting any school or university on the hook for sexual harassment if they don’t call men who think they are women by female pronouns. This is the sort of illegal federal regulation that states must immediately stop. Legislatures should instantly convene and block its implementation within their states.

The big problem we have in legislatures, though, is that so many of them are only in session for a few months a year. In states like Texas, they are only in session every other year. This means that, for example with COVID, when you have federal and state executive branches suspending the republic, we often have to wait months or years for legislatures to act. It was OK to have a part-time legislature when we had a part-time executive branch and the legislature was the only organ of government that legislated. However, now that the federal and state departments of health and education legislate 365 days a year without any checks or balances, the concept of a part-time legislature actually harms us.

As such, conservatives must begin pushing reforms to make it easier to call legislatures back into session, and it should not be tied to the whims of the governors. We don’t need state legislatures voting on bills all year, but we must reserve the prerogative to get them back into session at a moment’s notice to interpose against tyranny.

For years, Republicans have accumulated a ton of power in many states, have done nothing with it, and have failed to clean up their own cultural Marxist swamps within state-run agencies. Abortion was the only red line conservative voters established and held their elected representatives to. It succeeded beyond our wildest dreams. Now it’s time we harness that energy for issues like medical freedom, Pfizer liability, transgenderism, illegal immigration, crime, First Amendment protections, and interposition against the tyrannical Biden administration. What the Dobbs victory has clearly shown is that we will only enjoy the rights and policies commensurate with our desire to fight for them.