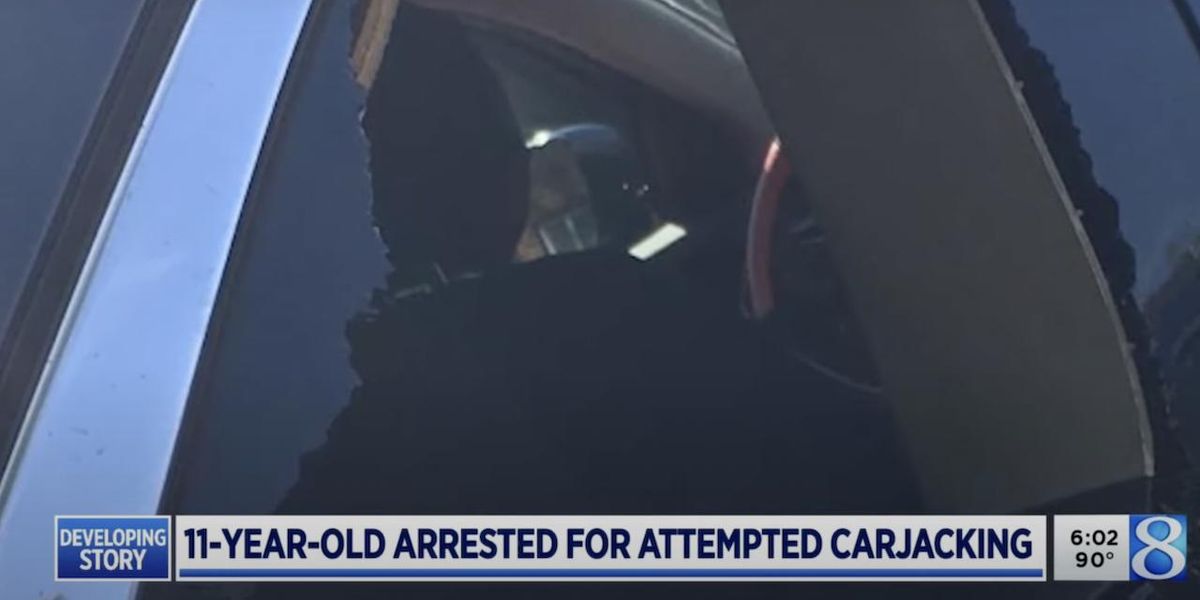 An 11-year-old boy was arrested in connection with an assault and attempted carjacking in western Michigan early Thursday morning, police in the city of Wyoming told WOOD-TV.

A 41-year-old woman walked to the parking lot of an apartment building on Woodward Avenue SW, south of 32nd Street, just before 6 a.m. and found two youths trying to seal her Kia Sorrento, the Wyoming Department of Public Safety told the station.

“When they were trying to get away is when the one assaulted her and struck her with a fairly large rock in the head, and then the two people fled the scene,” Lt. Brian Look told WOOD.

The victim and witnesses gave officers descriptions of the pair, and officers soon found one of them — the 11-year-old — hiding nearby, the station said. Officers caught him after a short foot chase, WOOD said, adding that cops said they didn’t recover any weapons.

“You think of 11-year-olds as being, hopefully, innocent,” Look added to the station. “That’s awful young to be committing these violent types of crimes.”

The woman was treated at the scene and taken to a hospital, the station said, adding on its televised broadcast that she was recovering from her injury.

Police were still looking for the second suspect, the station reported, but cops reported that the 11-year-old — who is from Grand Rapids — isn’t cooperating. WOOD said during its broadcast that the 11-year-old was visiting the city of Wyoming, which is five miles south of Grand Rapids. His name isn’t being released because of his age, the station said, and he was taken to the Kent County Juvenile Detention Center.

Wyoming police told WOOD they’re working with the Combined Auto Theft Team — which consists of detectives from Wyoming, Kentwood, and Grand Rapids — to determine the identity of the second suspect.

Police added to the station that they’re also investigating whether the attempted carjacking is related to other recent Kia thefts. Metro Grand Rapids authorities recently warned of a national theft trend targeting Kia and Hyundai vehicles because they operate with a standard key rather than a fob, which makes them relatively easy to steal, WOOD reported.

Grand Rapids police said there have been 194 thefts or attempted thefts of Kias and Hyundais just since May 1, the station said. What’s more, many of the suspects are young, WOOD said, noting that Kentwood police said they’ve arrested kids as young as 13. Authorities added that stolen cars often are used in other crimes, such as break-ins or shootings, the station said.