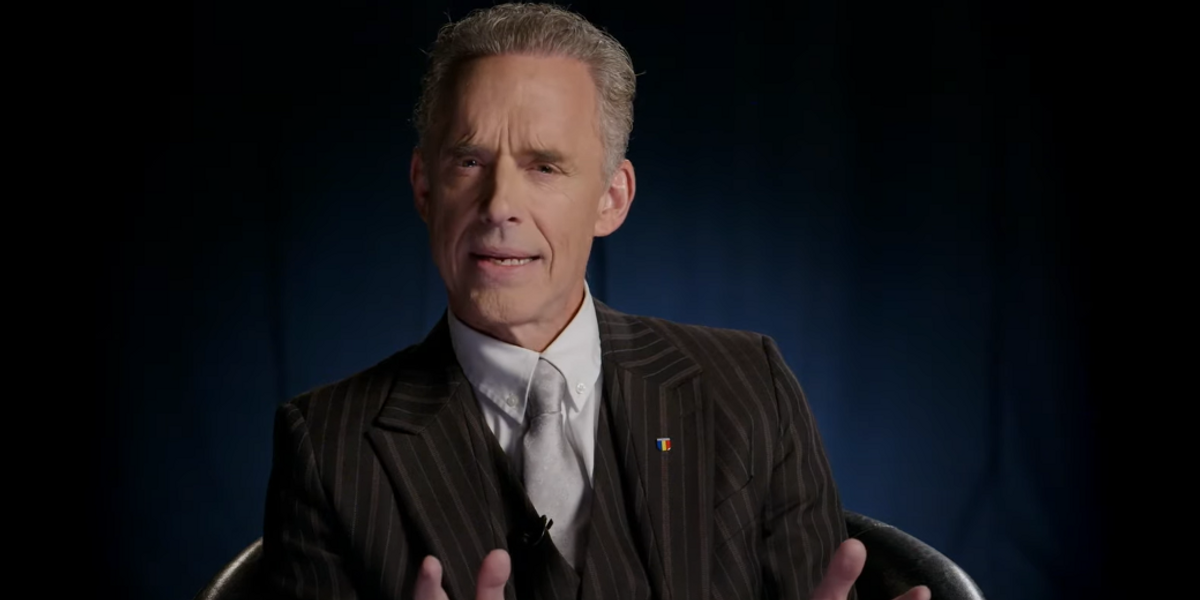 Jordan Peterson faces a permanent ban on Twitter if he does not delete a tweet about transgender actor Elliot Page. The professor emeritus of psychology at the University of Toronto proclaimed that he would “rather die” than conform to Twitter’s rules and delete the tweet in question.

Peterson’s tweet posted on June 22 read: “Remember when pride was a sin? And Ellen Page just had her breasts removed by a criminal physician.”

In the tweet, Peterson linked to an article titled: “Elliot Page is ‘proud’ to introduce trans character on ‘Umbrella Academy.’”

The article highlighted a new Netflix show “Umbrella Academy,” where Page’s character switches genders – much like the transgender actor did in 2020.

“The Rubin Report” host Dave Rubin posted a screenshot of Peterson’s tweet with the caption: “The insanity continues at Twitter. @jordanbpeterson has been suspended for this tweet about Ellen Page. He just told me he will ‘never’ delete the tweet. Paging @elonmusk.”

u201cThe insanity continues at Twitter. @jordanbpeterson has been suspended for this tweet about Ellen Page. He just told me he will u201cneveru201d delete the tweet.nnPaging @elonmusku2026u201d

“We recognize that if people experience abuse on Twitter, it can jeopardize their ability to express themselves,” the policy notes. “Research has shown that some groups of people are disproportionately targeted with abuse online. This includes; women, people of color, lesbian, gay, bisexual, transgender, queer, intersex, asexual individuals, marginalized and historically underrepresented communities. For those who identify with multiple underrepresented groups, abuse may be more common, more severe in nature and more harmful.”

“We are committed to combating abuse motivated by hatred, prejudice or intolerance, particularly abuse that seeks to silence the voices of those who have been historically marginalized,” Twitter adds. “For this reason, we prohibit behavior that targets individuals or groups with abuse based on their perceived membership in a protected category.”

Peterson’s daughter, Mikhalia Peterson, said Twitter is “definitely not a free speech platform at the moment.”

The best-selling author defiantly responded to his Twitter suspension in a 14-minute-long YouTube video, during the diatribe he said he would not bend the knee to the “toxic” “rat-hole” social media platform.

“I’ve essentially been banned from Twitter as a consequence,” Peterson said. “I say ‘banned’ although technically I’ve been suspended. But the suspension will not be lifted unless I delete the hateful tweet in question, and I would rather die than do that. Hopefully, it will not come to that, although who the hell knows in these increasingly strange days.”

“Since Twitter did not do me the favor of actually specifying my crime – and there are many possibilities on that front – we, unfortunately, have to guess at why this has occurred,” Peterson said. “And that’s actually a big problem in and of itself and also indicative of the utter carelessness of the Twitter organization with regard to the propriety of its own sensorial actions.”

“I should at least know exactly what I did wrong if I’m required to acknowledge that my tweet violated the Twitter rules,” he lashed out. “What rules you sons of bitches? Exactly? Precisely? Because such things matter when the accusations start flying.”

Peterson explained, “I don’t regard pride as a virtue, it has been classically regarded as a sin.”

He questioned why it is called “Pride Month” and is not called “LGBT+ month, or whatever else alphabet acronym which is currently insisted upon as the only acceptable enlightened terminology.”

Peterson theorized that referring to Elliot Page as her previous name “Ellen Page” was likely what got his Twitter account suspended.

“I committed the fatal crime of what has come to be known in the appalling sensorial terminology of the insane activists as ‘deadnaming,’ which is the act of referring to someone who has transitioned – another hated piece of jargon and slogan –by the name and by the inference, the gender, really the sex, that everyone knew them by previously,” he stated.

Peterson continued his rant, “And how can I describe the fact that someone who was once a woman and really still is had her breasts cut off because she/he/they/their/they had fallen prey to a viciously harmful fad, without using the appropriate sex link pronoun and the real name of the real person to whom this was really done with his her their voluntary but unfortunate acquiescence.”

“Up yours, woke moralists. We’ll see who cancels who,” he blasted. “Twitter’s a rat-hole in the final analysis. And I have probably contributed to that while trying to use, understand, and master that horrible, toxic platform.”

“It’s a relief, in some real sense, to be banned,” Peterson concluded. “And I regard that under the present conditions as a badge of honor.”

Levine – who is transgender – was named President Joe Biden’s assistant secretary of health at the Department of Health and Human Services (HHS) in 2021.

Babylon Bee CEO Seth Dillon proclaimed, “We’re not deleting anything. Truth is not hate speech. If the cost of telling the truth is the loss of our Twitter account, then so be it.”

Shouldn’t We Be Asking if Serial Election Loser Hillary Had a Role in All This Mar-a-Lago Nonsense?
Man crashes car into barricade near Capitol, vehicle goes up in flames, fires gun, then shoots himself
Disney Casts Drag Queen in New Series
‘It’s Christmas!’ Colbert Celebrates ‘Most Beautiful’ Mar-a-Lago Raid
After Garland’s Statement, Does Anyone Else Smell a Cover Up?