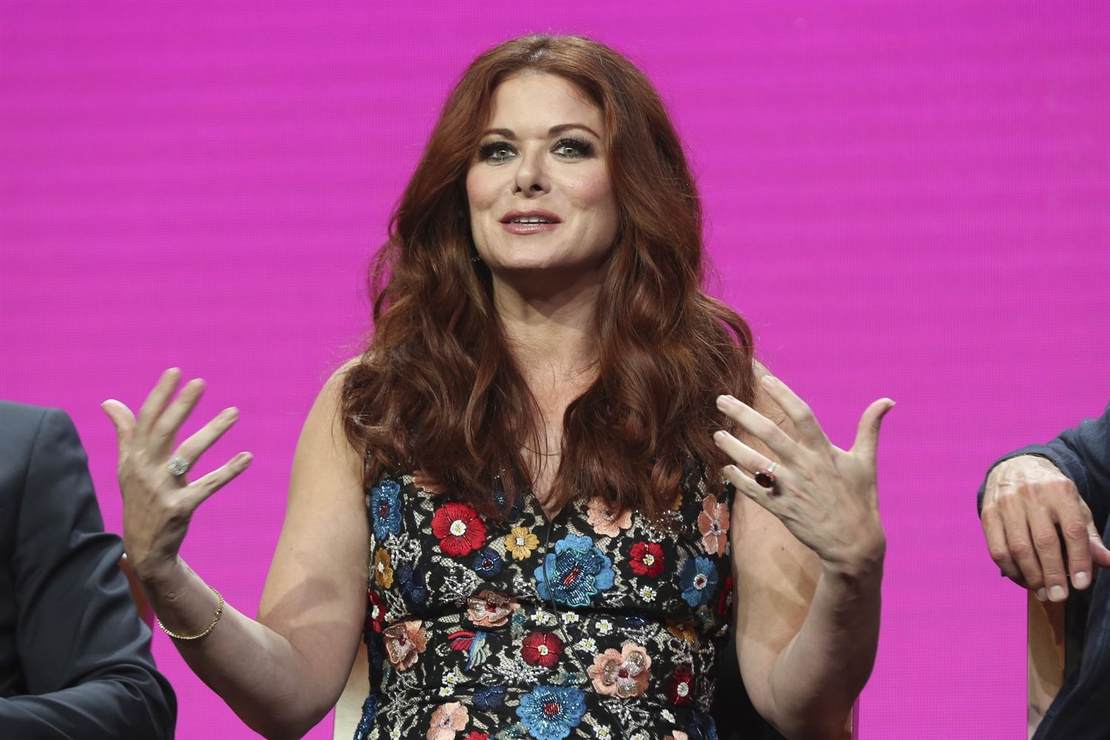 As if we needed any more confirmation that our cultural elites are aligned against us, now we know that when there is a significant setback, the Biden White House gets on a call with Hollywood luminaries to coordinate messaging.

Following the Dobbs ruling, White House aides set up a call. According to CNN, it did not go well:

Debra Messing was fed up. The former “Will & Grace” star was among dozens of celebrity Democratic supporters and activists who joined a call with White House aides last Monday to discuss the Supreme Court overturning Roe v. Wade.

The mood was fatalistic, according to three people on the call, which was also co-organized by the advocacy group Build Back Better Together.

Messing said she’d gotten Joe Biden elected and wanted to know why she was being asked to do anything at all, yelling that there didn’t even seem a point to voting. Others wondered why the call was happening.

That afternoon, participants received a follow-up email with a list of basic talking points and suggestions of Biden speech clips to share on TikTok.

Rather hysterical that Messing thinks she has that much influence. It is too bad she is the only one to let off steam, since it would be fun to know who else was on the call. It would be too much trouble to scroll the cesspool known as TikTok to try and guess. However, you could probably feel confident that Alyssa Milano and Katy Perry were on the line. And maybe Jessica Chastain and Bette Midler. All waxed poetic about losing their “reproductive rights” over the holiday weekend.

However, this brief story from CNN clearly demonstrates why no one should take political advice from washed-up sitcom stars like Messing. One can assume she voted for Joe Biden. But the only thing he could do as president to influence Supreme Court decisions is fulfill his constitutional duty to appoint a justice when there is a vacancy.

After an anonymous source told the media Justice Stephen Breyer was retiring, the 83-year-old justice acquiesced. It was never clear if the first unprecedented SCOTUS leak was pressure to retire or factually correct. However, after Breyer confirmed it, Biden dutifully nominated Ketanji Brown Jackson, the preferred candidate of Demand Justice, a radical left activist group focused on the judiciary. Unfortunately for the left, her appointment did not constitute an extreme left-wing majority, and the 2022 term ended before she was sworn in. SCOTUS had already heard the arguments in Dobbs v. Jackson Women’s Health Organization, and a decision was pending.

That is all Biden could do, officially. However, the Democrats’ shock troops dutifully flooded the streets after the second unprecedented SCOTUS leak of the draft decision in Dobbs. No one in the administration or Democrat Party leadership told them to go home. The radicals converged on the homes of the originalist justices who were in the majority. Attorney General Merrick Garland did not enforce the federal law prohibiting the intimidation of judges to influence their decisions. Then there was an assassination attempt against Justice Brett Kavanaugh, and the corporate media barely said a word.

Once the originalist judges displayed incredible spine and courage in issuing the decision to overturn Roe v. Wade and Planned Parenthood v. Casey, there was really nothing for Biden to do. Any executive action taken could plausibly run afoul of the Hyde Amendment, which prohibits using federal funds to pay for abortions. The proposed plans from the administration to pay for travel or use federal facilities within states that restrict abortion are all ways of paying for the facilitation of the procedure, which could get litigated under Hyde.

Even Congress has its hands tied. The SCOTUS decision removed abortion from the list of constitutionally protected rights, and the justices remanded decisions about the procedure back to the states. If Congress passed a federal standard forcing states to allow abortion throughout pregnancy, the states could challenge their authority.

If Messing knew how any of this works, she would be furious with President Bill Clinton and President Barack Obama. Both had a unified government when they entered office. Neither partnered with their congressional leaders to do anything to codify the protections in Roe. The hard truth for Messing and her Hollywood cohort is that Democrats always meant to keep abortion as a wedge issue. Great for fundraising, not great if it actually requires taking a vote.

Now, Congress will take symbolic votes to codify Roe under Speaker Nancy Pelosi and Majority Leader Chuck Schumer, but only because it is clear no expansive abortion bill will pass. Kind of like Republicans did with Obamacare. They will do it to mollify high-profile activists like Messing into thinking they are “doing something” in hopes the celebrities will continue to help get out the vote in 2022. Hopefully, many of Messing’s colleagues are as demoralized as she is and can’t see the point in voting, let alone stumping for do-nothing Democrats.

Biden is hemorrhaging minority voters and young voters, according to recent polls. Facebook CEO Mark Zuckerberg and Amazon CEO Jeff Bezos have levied criticism of Biden’s economic and energy policies. Now Biden may disappoint even the miserable third-wave feminists who need Roe, in most cases, to validate their own reproductive decisions. If he does, the “Coalition of the Ascendant” built by Obama is over. And the progressive project is dead for the foreseeable future.

Rep. Liz Cheney ‘would find it very difficult’ to back Ron DeSantis for president
Breaking: Jury orders Alex Jones to pay $45.2 million to Sandy Hook parents in punitive damages
Man who allegedly kidnapped 12-year-old and murdered her mother and brother is an illegal alien and had been previously deported to Mexico
CONFIRMED: Paul Pelosi Jr. Traveled with Speaker Nancy Pelosi on Her Recent Trip to Asia
Woman flashed a ‘white privilege card’ during traffic stop, Alaskan police officers in trouble for letting her go