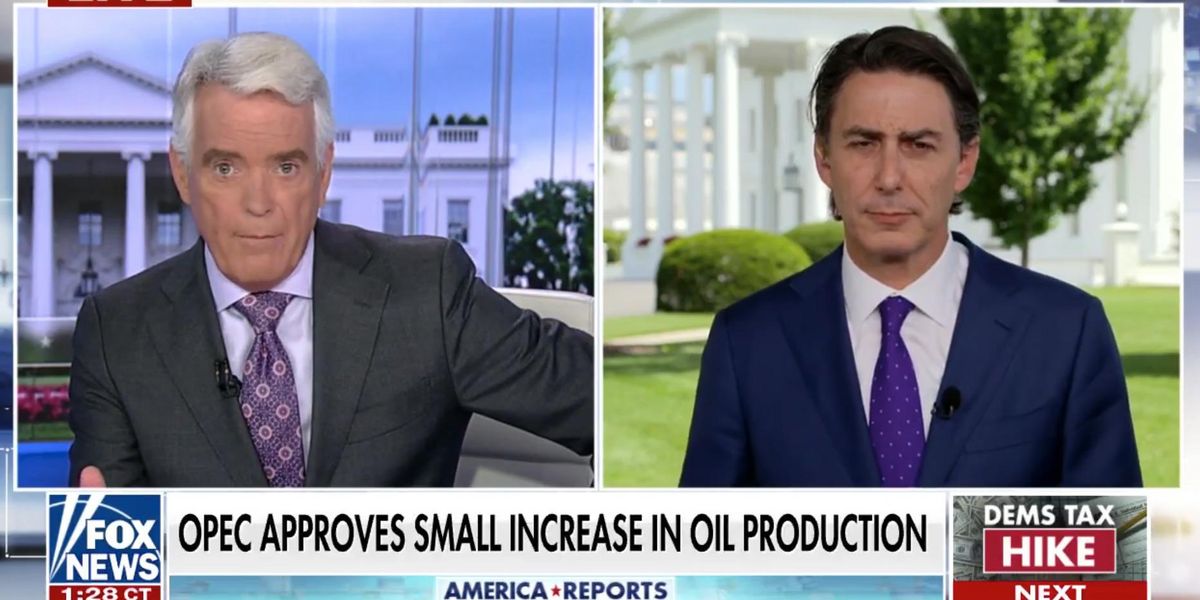 Now that gas prices are dropping, however, the Biden administration is unashamedly taking credit for the drop, saying Biden is responsible for relief at the gas pump.

What happened on Fox News?

If Putin was responsible for gas prices skyrocketing, what does it mean, then, that gas prices are dropping despite the war in Ukraine still raging on? That was the question Roberts presented to senior Biden adviser Amos Hochstein.

Hochstein, however, claimed that “it’s not a fallacy.”

According to Hochstein, gas prices were going up because “Putin started intervening in Europe,” alleging the “main increase in prices” began when “Putin started to intervene in the markets in the early fall of last year.”

“But they were going up before that,” Roberts interjected.

“No, no, they actually weren’t,” Hochstein claimed. “That’s just factually not true.”

Gas prices were, in fact, increasing before last fall. When Biden took office in January 2021, the average price of gas was under $2.50 per gallon, steadily rising throughout Biden’s presidency before spiking this spring.

“Now, ‘Why are they going down if the war is still raging?’ It’s a great question,” Hochstein said. “The answer is because we’ve actually taken a lot of different actions in order to bring the prices down. Unfortunately, we live in an era where we want to have instant gratification that when you take an action you see the reaction immediately — sometimes it takes time in the market.”

Those actions, according to Hochstein, include Biden’s decision to release oil from the Strategic Petroleum Reserve and Saudi Arabia increasing its production by a meager figure.

However, GasBuddy petroleum analyst Patrick DeHann has explained that oil from the SPR is not “actively pushing prices down,” but rather “preventing prices from escalating more substantially.”