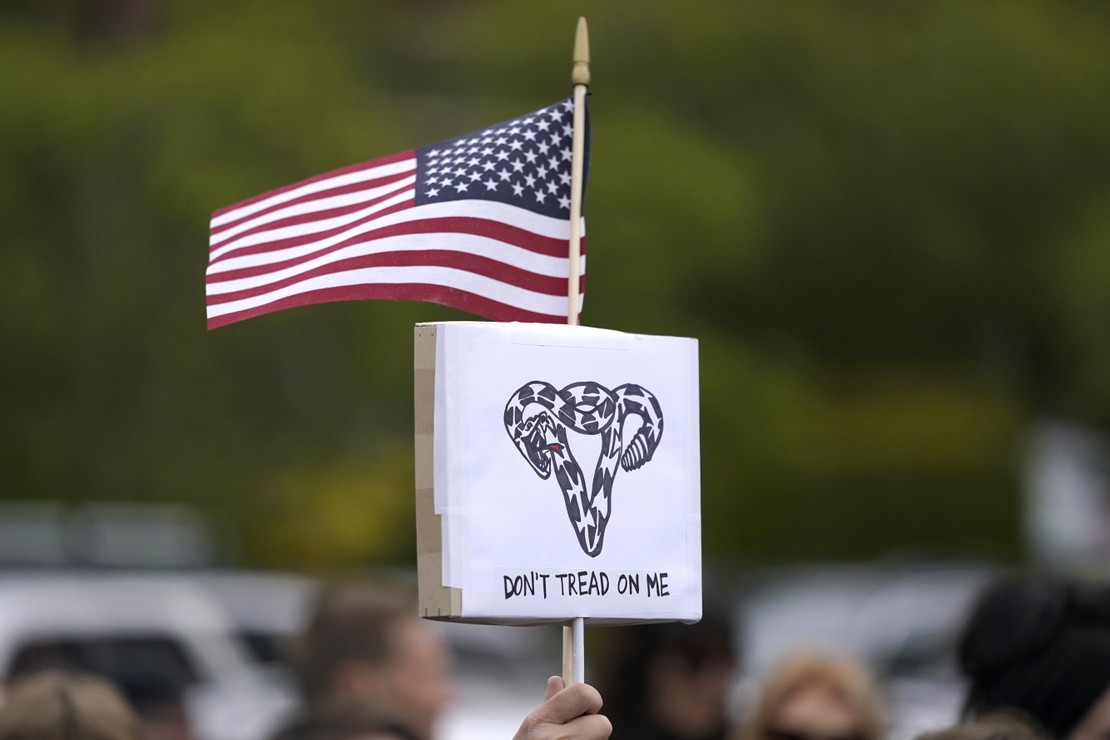 Realizing that there is a real push by the commies to take over the country hit me one day like a kidney stone. Everything I had been reading and hearing suddenly fell into place. And much like the time I found a stash of nude photos of my mom, I can’t unsee it.

A  whistleblower from the FBI recently told Project Veritas that the agency dedicated to fighting terrorists considers some very patriotic images to be “signs” of “militia violent extremists” (MVE). This would include the Betsy Ross flag, seen here with a bunch of legal immigrants taking the oath to be American citizens.

Also, the Gadsden flag, the origins of which go back to Benjamin Franklin.

And the Gonzalez Battle flag, seen daily in the Senate on the boots of Sen. Ted Cruz (R-Texas). Please watch this video. It’s priceless.

Biden and Obama took the Oath of Office under the Betsy Ross flag.

Virginia has the Gadsden flag on their license plates.

I wear the Gonzalez battle flag on my boots every day in the Senate.

All of these symbols have been called “violent militia extremism” by the FBI. pic.twitter.com/M5rYELwIj0

The most powerful law enforcement arm in the country, with a clear devotion to the Democrats, now believes wearing symbols of American patriotism is “indicative of militia violent extremism.” My fourth-grade teacher, Sister Mary-Marget, flew the Betsy Ross flag in her classroom. I had no idea she was an anarchist.

FACT-O-RAMA! A statue of founding father Thomas Jefferson was removed in New York City because he was a slave owner. Remeber commie goal #30: Discredit the American founding fathers. Present them as selfish aristocrats who had no concern for the “common man.”

Oddly absent from the FBI’s list of naughty, aggressive American symbols are the flags, shirts, and lawn signs of the admittedly Marxist BLM. Nor do we see anything about the Democrats’ rascally brownshirts, Antifa.

FACT-O-RAMA! Antifa and BLM caused $1-2 billion worth of damages in the country. After an exhaustive internet search, I was unable to find a picture of any of the flags mentioned by the FBI at any of BLM/Antifa’s 574 riots. I did see a lot of BLM and Antifa symbols. Like, a LOT.

Signs and symbols of pure Americana will now get us red-flagged. Where doe this end? Will “extremist” MAGA grannies get arrested for baking apple pie? Can I get droned for BBQing hot dogs on July 4th? Will my friend Frank from Boston be whisked to a re-education camp for wearing his Tom Brady New England Patriots jersey?

How long until we see headlines like, “12-year-old MVE arrested for playing with pre-trans GI Joe?”

The FBI’s decision to consider patriotism as a sign of being an MVE is dangerous in many ways. It seeks to erase our very history, you know, like Mao’s commies did in China. It singles out patriotic Americans who WANT TO PRESERVE DEMOCRACY while ignoring the actual MVEs from Antifa and BLM. It also means I have to consider purging my t-shirt drawer and hat collection, lest I get a lethal injection for wearing proof that I love my country.

RELATED: In 1958 Communists Had 45 Goals to Take Over the U.S. Without Firing a Shot. Here Are the Ones They’ve Already Achieved

Please check out this funny video by “Jokes and a Point.” They can read the liberal writing on the wall and make you laugh about it. FYI, conservatives are WAY funnier than libs.

Remember, friends, the commies are making a real push for control. Who knows what kind of technology they have? For instance, can they make my computer screen explode in my face killing me instantly because I am currently wearing a MAGA ha     >CONNECTION LOST<