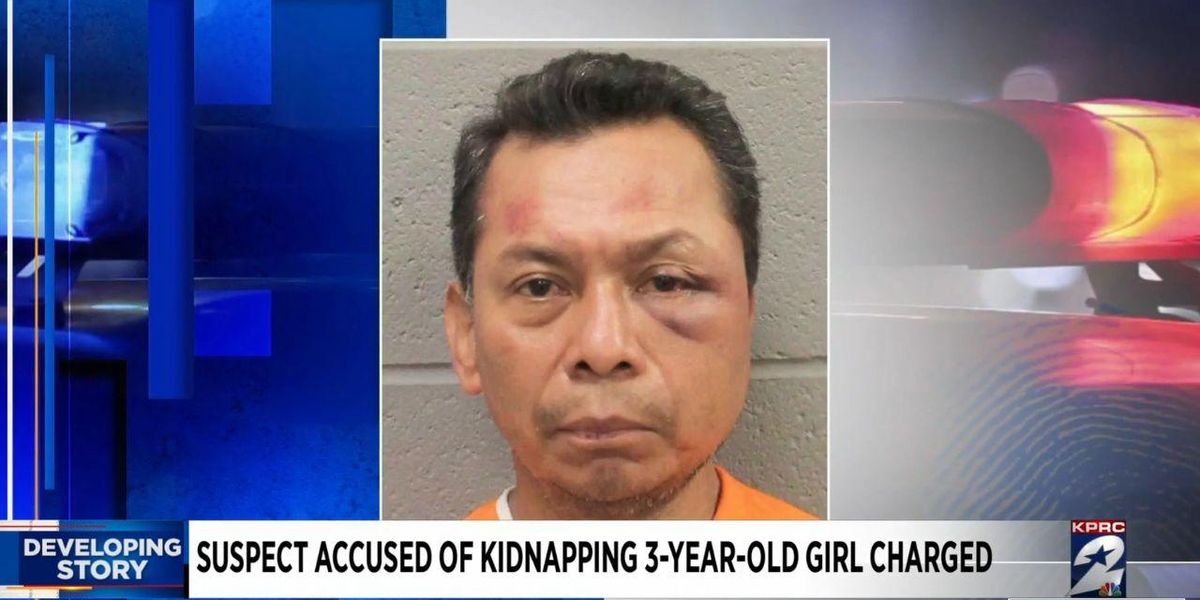 The parents attempted to locate the child in the apartment complex but could not find her.

According to KPRC-TV, the child left the apartment in the middle of the night and walked to a neighbor’s home, where a gathering was taking place.

When police arrived on the scene, they talked to neighbors and canvassed the area. One witness recalled seeing the child leaving with a man the witness recognized from the gathering. The witness was able to identify the suspect as Homan Hernandez.

Authorities responded by putting out an Amber Alert for Guity and the suspect. Hernandez’s vehicle, a Nissan Sentra, was observed in the parking lot of a nearby hotel.

Hernandez’s wife contacted the police and told them that her husband had called her to tell her that his vehicle had been stolen. The wife informed authorities that she could hear a little girl’s voice in the background during the call.

When police arrived at the hotel, the suspect refused to answer the door. Authorities forced their way into the hotel room. Inside they found Hernandez and the child.

“Officers spoke to management. Management informed officers that they rented a room at approximately 7:30 to the suspect,” stated Police Chief Troy Finner.

Finner stated that Lincy appeared to be okay. She was taken to a local hospital to be evaluated.

Oneida Hernandez, Guity’s mother, stated that she saw a video of the suspect luring Guity into his vehicle with a cat, reported KPRC-TV. She stated, “Give him the maximum time for taking my daughter.”

“The suspect is in custody. I want to say that he did put up a little bit of a resistance before they took him into custody,” said Finner.

At this time, authorities do not believe that there is a connection between Hernandez and the child.

Hernandez has been arrested and booked into jail. He was charged with aggravated kidnapping, super aggravated sexual assault of a child, intent to inflict bodily injury, and intent to terrorize. The state recommended that Hernandez’s bond be set at $1 million.

Russia’s Nord Stream 2 Pipeline to Germany Loses Pressure Overnight from 300 to 7 Bars – Cause Unknown
Videos emerge of brave men reportedly rescuing others caught in Hurricane Ian
Unhinged Journalist Attacks Governor DeSantis As “Pro-Hurricane”, Then MAGA Responds
Brave high school girls’ volleyball players who object to trans teammate using their locker room now reportedly under investigation by school: ‘My mom wants me to do this interview to try to make a change’
Woke airline will apparently allow men to wear skirts