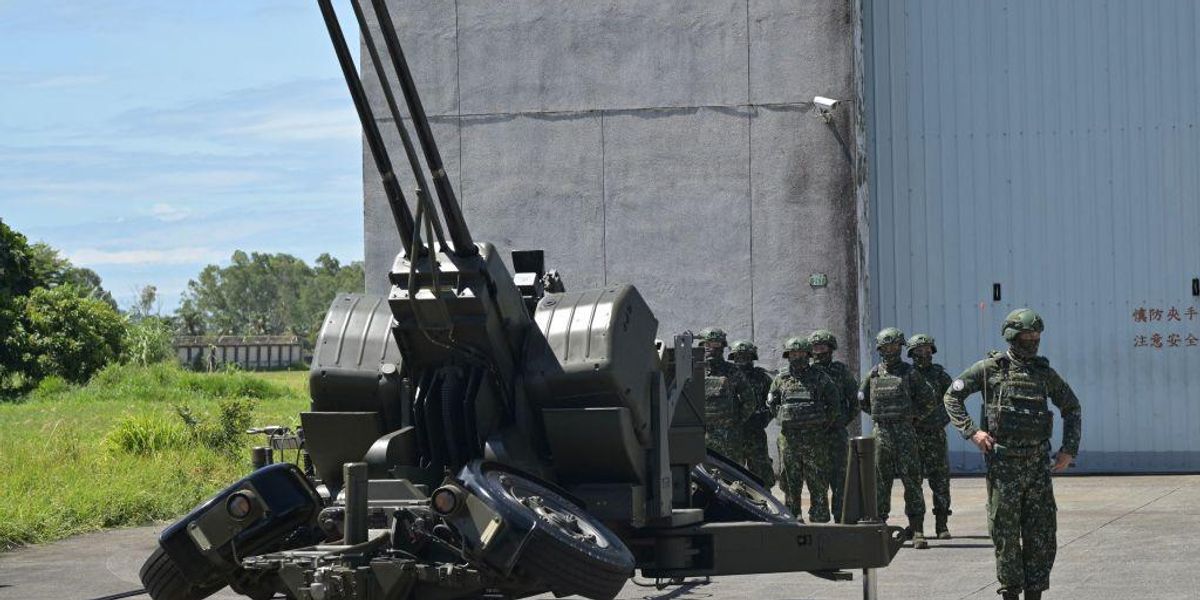 Taiwan fired warning shots at drones which flew near an islet controlled by Taiwan near the Chinese coast, a military spokesman said. It is the first time warning shots have been fired in such an incident between China and Taiwan.

The statement from Taiwan didn’t identify the drones as having come from China, however, the drones retreated in the direction of the Chinese city of Xiamen, several miles from the islands.

“I want to tell everyone that the more the enemy provokes, the more calm we must be,” Tsai told naval officers. “We will not provoke disputes, and we will exercise self-restraint, but it does not mean that we will not counter.”

Already-high tensions in the region have flared since House Speaker Nancy Pelosi’s visit earlier this month to Taiwan.

China had warned against the trip, saying it violated the “one-China policy,” under which the United States recognizes Beijing as the sole legitimate government of China and maintains no formal relations with Taiwan.

This is not the first time that Taiwan has taken action to deter aircraft flying near its territory. Earlier this month, Taiwan’s defense ministry reported that unidentified aircraft had flown near Taiwan’s Kinmen islands, and that Taiwan had fired flares to drive the aircraft away.

China has dismissed complaints from Taiwan about Chinese drones flying close to Taiwanese-controlled islands, calling such actions nothing “to make a fuss about,” according to Reuters.

The U.S. has displayed support for Taiwan’s independence, with two U.S. missile cruisers moving through the Taiwan Strait last week. The Biden administration also is preparing a new $1.1 billion arms deal with Taiwan that would include missiles and radar support.