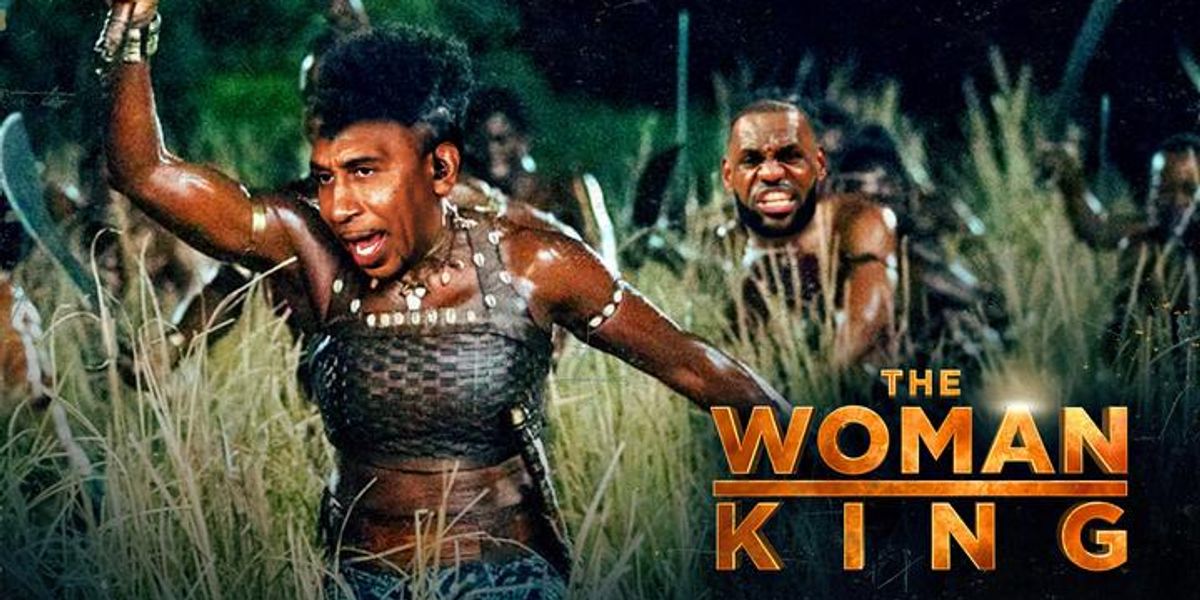 Over the weekend, the racial grievance industrial complex churned out its latest too-good-to-be-immediately-believed victim of systemic and unapologetic white supremacy.

Rachel Richardson, a 19-year-old volleyball player and student at Duke University, is the next woman up in an assembly line that has a nasty habit of producing Jussie Smollett and Bubba Wallace lemons.

James tweeted words of encouragement. Smith, on his ESPN TV show, conducted a long discussion about Richardson’s plight. Crump, of course, sent a social-media bat signal to Richardson’s family that he would be more than happy to coordinate a financial shakedown of BYU.

For many, that’s the end of the story. Racism has been identified and publicly rebuked. For others, it’s just the beginning.

I’m part of the latter group. This story is just too neat. It makes no sense. A YouTuber named Aidan Kearney pieced together some of the holes in this story. He published a long story on his blog questioning the narrative. It’s worth reading.

What I found most interesting in the story is the role of a business called A Long Talk. It’s an anti-racism counseling business that launched in Washington, D.C., two months after the death of Saint George Floyd in Minneapolis. For a fee, A Long Talk team member will visit your school or business and teach people how to be anti-racist.

According to ALongTalk.com, unpacking your truth means: “I will be able to make connections between our shared American history and our current reality.”

Finding your voice means: “I will be able to use the CPR Protocol to challenge racist comments and beliefs.”

Activating your activism means: “I will understand the reality that creating a counter culture of anti-racism can only happen through collective, consistent and courageous acts of identifying and interrupting racism.”

Let me translate these corporate word salads: A Long Talk teaches black people how to argue and monetize the belief that everything that happens in America today is directly related to the slavery that ended 160 years ago.

A Long Talk teaches you how to hustle. Rachel Richardson is a quick study. In her racial grievance acceptance statement, she thanked the organization for schooling her.

“My team and I were fortunate enough to go through ‘A Long Talk,’ which is an educational series on the roots of racism and how to be an activist in not just dealing with racism but preventing and ending it. This helped to equip us to deal with the situation in a mature manner rather than to react in a retaliatory manner.”

The entire match between BYU and Duke was televised. BYU is nationally ranked. There were nearly 6,000 spectators. Despite supposedly enduring two hours of verbal abuse, Richardson and her teammates never reacted.

“Although the heckling eventually took a mental toll on me,” she wrote, “I refused to allow it to stop me from doing what I love to do and what I came to BYU you to do; which was to play volleyball. I refused to allow those racist bigots to feel any degree of satisfaction from thinking their comments had ‘gotten to me’. So I pushed through and finished the game.”

Aidan Kearney’s story showed pictures of black BYU basketball players at the volleyball match cheering next to the student section, where the alleged racist was supposed to be endlessly shouting racial slurs.

I’ve attended a lot of sporting events in my career as a sports journalist. Someone shouting repeated racial slurs would stand out. The only time it goes ignored is when it’s a group of black young people calling each other the N-word.

If the Duke players truly felt unsafe because of the harassment, I blame the Duke coaches for not immediately addressing the situation. This smells like an exaggeration or a hoax.

Richardson’s godmother, Lesa Pamplin, a Democrat politician in Texas, ignited much of this controversy. From her home in Texas, Pamplin tweeted that her goddaughter had been called “a n—er every time she served” and that a white male threatened her. According to Kearney’s research, Pamplin has a very sordid history of making racist comments on Twitter. Pamplin has now made her Twitter feed private.

None of this story makes sense. Richardson blamed the BYU staff for failing to act swiftly to protect her and her black teammates. What about the Duke coaches?

Richardson met privately with BYU’s athletics director. Richardson’s father publicly complained that the BYU volleyball coach didn’t meet with Richardson. How is the BYU coach responsible for the behavior of a fan?

Why are people who ignored the on-field murder of a Pee Wee football coach in Dallas all finding their voices to speak out on behalf of a volleyball player who was taunted in Utah?

Alleged racial taunts at a volleyball match are more worthy of discussion than the murder of a father, husband, and former college football player at a Pee Wee football game.

In what world? How?

This is the racial #MeToo movement, and they’re expecting us to “believe all women” because women are allegedly incapable of exaggerating or lying for attention. Rachel Richardson and Lesa Pamplin descended from the heavens to right the wrongs of white men.