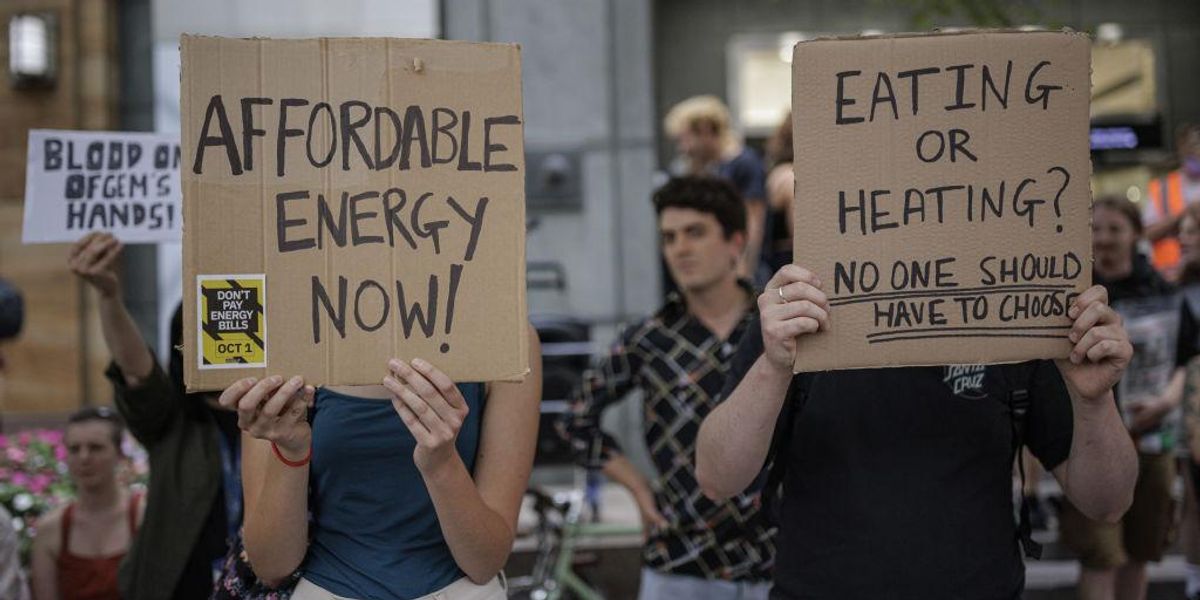 Energy prices are soaring in Europe because of inflation and the repercussions of the invasion of Ukraine by Russia. There are numerous warning signs that Europe could face a crippling energy crisis this winter.

Inflation is surging in Europe. In July, the annual inflation rate was up 9.8% among the 28 European Union member nations – up from 2.5% a year earlier.

There are concerns that Russia may hold Europe hostage with the pipeline over the winter.

Before the Russian invasion of Ukraine, Russia supplied more than a third of Germany’s gas supplies.

In August, Spain experienced its most expensive month for electricity since records have been kept.

France 24 reported, “The year-ahead contract for German electricity reached 995 euros ($995) per megawatt hours while the French equivalent surged past 1,100 euros – a more than tenfold increase in both countries from last year. In Britain, energy regulator Ofgem said it would increase the electricity and gas price cap almost twofold from October 1 to an average £3,549 ($4,197) per year.”

Daniele Franco – Italy’s Minister of Economy and Finance – warned that the country’s net energy import costs will more than double this year to nearly 100 billion euros ($99.5 billion). Franco said the nation was helpless in the matter, “To keep offsetting, at least in part, rising energy prices through public finances is very costly and we could never do enough.”

The lack of oil and gas has forced European nations to increase their dependency on coal.

Other major waterways have also prevented large vessels from bringing coal to European countries. That coal is now stuck in ports. Approximately 8 million tons of coal were stranded in ports at the end of July, Politico reported. If the supply chain woes continue, it will have dire effects on Germany, Poland, and Switzerland in the winter.

Finland and Sweden announced that they plan to offer billions of dollars to energy companies to prevent them from ending up in “technical bankruptcy.”

“The rapid rise in electricity prices has resulted in paper losses on electricity futures contracts of energy firms, forcing them to find funds to post additional collateral with the exchanges,” according to Reuters.

Finland will offer $9.95 billion, and Sweden will give $23.2 billion to energy companies.

MakeUK – the lobbyist group for British factories – said nearly half of all manufacturers in the country have seen electricity bills skyrocket more than 100% in the past year.

Bloomberg reported, “Soaring energy bills are threatening to put six in 10 British manufacturers out of business, according to a survey that lays bare the extent of the crisis facing the next prime minister.”

“Nordic Greens, one of the largest tomato growers in both Denmark and Sweden, has announced that they will not grow any tomatoes during winter in their Sweden-based cultivation because of the skyrocketing electricity prices, “according to HortiDaily – a global greenhouse news website.

An estimated 500 tonnes of tomatoes will be lost because of the shutdown.

Restrictions on electricity, heat, and water

Since July, some of Germany’s biggest cities implemented restrictions on warm water, heat, and lighting.

U.S. Army bracing for energy shortages at a military base in Germany

Last month, the U.S. Army notified troops that there would likely be energy restrictions at the U.S. Army Garrison in Ansbach, Germany.

“USAG Ansbach installations rely solely on local German utility partners for power, heating, and water needs,” the Army memo stated. “In spite of all the solar panels and windmills in Germany, a large percentage of the energy used for heating within the EU is imported…much of it from Russia.”

DPW Energy manager Brad Jennings said, “There is the potential that we will have to endure large cuts in available power and heating.”

The U.S. Army advised servicemembers to put on extra clothing, minimize long, hot showers by lowering the temperature, and use cold water instead of hot.

Civil unrest is on the rise across the globe

Verisk Maplecroft – a risk consultancy firm – released its latest Civil Unrest Index last week. The most recent report found that out of 198 countries, 101 experienced an increase in risk of civil unrest, versus only 42 which decreased.

“The data, covering seven years, shows that the last quarter saw more countries witness an increase in risks from civil unrest than at any time since the Index was released,” the report stated.

The analysts noted that “rising food and energy prices will make it more difficult for governments to manage popular discontent.”

“A cold autumn and winter in Europe would worsen an already serious energy and cost of living crisis,” the report said.

On Friday, Italians burned their energy bills in front of the town hall in Naples.

u201cPeople in Naples burn their energy bills and besiege the town hall: “We don’t pay the bills! Now it will be chaos!” In Naples they don’t joke.u201d

On Saturday, an estimated 70,000 protesters staged a demonstration in Prague “against soaring energy bills and demand an end to sanctions against Russia over the war in Ukraine,” according to the Guardian.

u201cu201cThe entire Wenceslas Square demands the resignation of the government! We will demand that the current cabinet, which is working against us, resignu201d: A 70,000-strong rally was held in Prague Also demand lower gas and electricity prices and neutrality on the conflict in Ukraineu201d