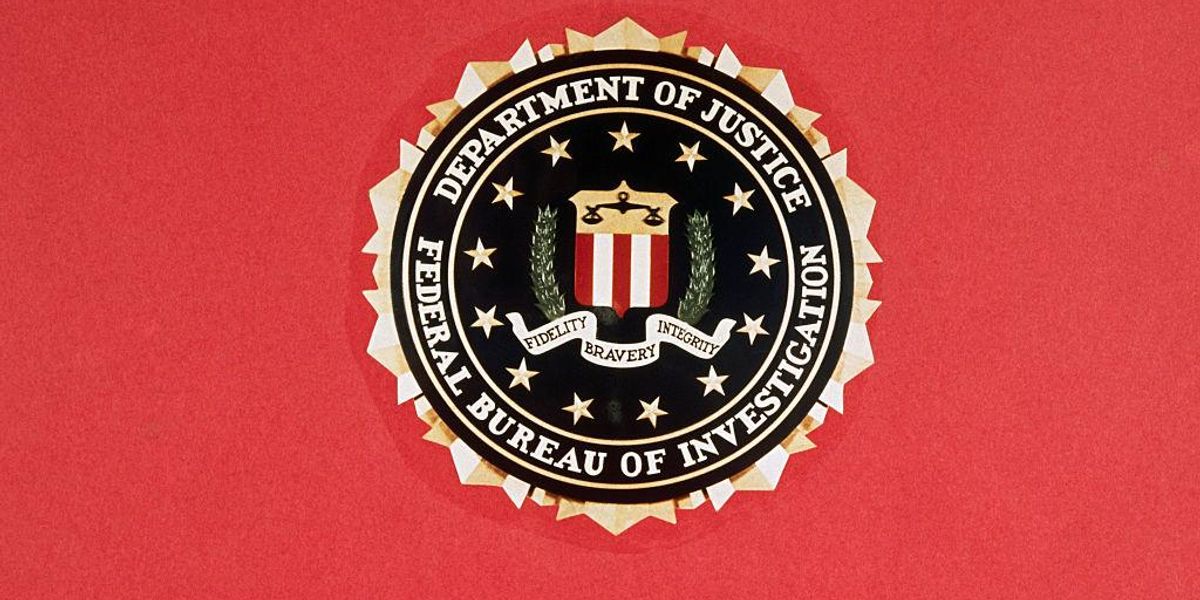 FBI Special Agent Steve Friend, a 12-year veteran of the agency and a SWAT team member, was reportedly suspended on Monday, stripped of his gun and badge, and marched out of the FBI field office in Daytona Beach, Florida. He had neither conspired against a national security adviser nor tampered with evidence, but rather refused to participate in an allegedly politicized and excessive raid or take actions he believed to contravene agency policy and trample citizens’ rights.

This 37-year-old father of two is among 20 FBI whistleblowers who recently have come forward alleging that the FBI has become both significantly politicized and engaged in various abuses, malpractices, and questionable tactics.

On Wednesday, Friend filed a whistleblower complaint with DOJ inspector general Michael Horowitz. The New York Post, which obtained a copy of the complaint, reported that Friend outlined how investigations with which he was involved, related to the January 6 protests, had allegedly violated numerous FBI policies.

Some of these claims were echoed in a September 19 letter from Rep. Jim Jordan (R-Ohio), ranking member of the House Committee on the Judiciary, to FBI Dir. Christopher Wray.

Friend had allegedly been told that so-called “domestic terrorism was a higher priority” than preventing the victimization of children and was taken off of active investigations into child sexual exploitation and human trafficking so that he could work on J6 cases forwarded from Washington, D.C..

In the investigations he subsequently participated in, he claimed that the D.C. field office was “manipulating” FBI case-management protocol.

“Cases are ordinarily characterized and labeled by the originating field office,” noted Jordan, “with leads ‘cut’ to other field offices for specific assistance in that geographic location.” The FBI was, however, said to have been engaged in a “manipulative casefile practice” whereby it disseminated J6 cases to local field offices around the country to generate “false and misleading crime statistics.”

According to Friend’s complaint cited by Jordan, “Instead of hundreds of investigations stemming from a single, black swan incident at the Capitol, FBI and [Department of Justice] officials point to significant increases in domestic violent extremism and terrorism around the United States.”

Jordan wrote that “the FBI’s case categorization creates the illusion that threats from [“domestic violent extremism” or DVE] are present in jurisdictions across the nation, when in reality they all stem from the same related investigation concerning the actions at the Capitol on Jan 6.”

A potential result of this alleged “artificial case categorization scheme” is that the FBI leadership could “misleadingly point to ‘significant’ increases in DVE threats nationwide.”

Last year, the FBI indicated that it expected “anti-government, anti-authority violent extremists” would “likely pose the greatest domestic terrorism threats throughout 2021, and in fact leading into 2022.”

Citing the doubling of domestic terror investigations launched by the FBI since March 2020, earlier this year, the DOJ launched a unit specifically assigned to tackle domestic terrorism. Matthew Olsen, the assistant attorney general for national security, reiterated previous claims that there was “a growing threat” from those “who ascribe to extremist anti-government and anti-authority ideologies.”

In 2021, Wray had also suggested, on the basis of what Friend has suggested are altered statistics, that investigations into DVE had increased “significantly” — that it “has been metastasizing across the country for a long time now.”

Besides allegedly cooking statistics to exaggerate a supposed threat, Friend claimed that the agency opened domesti terrorism cases on innocent American citizens who were nowhere near the Capitol on January 6, 2021.

FBI software, he reported in his complaint, collated “guardians,” which are investigative tools resulting from anonymous tips sent to an FBI tip line as well as from data shared from Facebook, which the social media platform allegedly scrapes from private conversations and messages.

The Post reported that the complaint also alleges that the FBI, sometime after January 6, designated an area outside the Capitol as a restricted zone in order to justify additional prosecutions.

Friend’s complaint suggested that the FBI is not content just to add distant innocents and peaceful protesters to its roster of prospective suspects. It is allegedly keen to prosecute everyone even remotely linked to the protest. Friend claimed that those identified are referred to the FBI’s Daytona Beach office for “investigation and arrest.”

Additionally, at least one office is said to have conducted surveillance and home visits to persons who had neither been in Washington, D.C., nor inside the Capitol on the day of the protests.

On the basis of Friend’s complaint and dozens of others, Jordan stated, “It appears instead that the FBI is more focused on classifying investigations to meet a woke left-wing agenda” and that the “FBI is not immune to oversight or accountability.”

The Post reported that on August 19, Friend told his boss, Supervisory Senior Resident Agent Greg Federico, that he reckoned “it was inappropriate to use an FBI SWAT team to arrest a subject for misdemeanor offenses and opined that the subject will likely face extended detainment and biased jury pools in Washington D.C.”

After Friend advocated for nonviolent and practical alternatives, Federico allegedly told him he’d be best off calling in sick before threatening “reprisal indirectly by asking how long I saw myself continuing to work for the FBI.”

Friend claimed he was called in by more senior bosses in Jacksonville on August 23, namely Assistant Special Agents in Charge Coult Markovsky and Sean Ryan. They allegedly grilled Friend over his refusal to participate in the raid on alleged offenders wanted for misdemeanor offenses.

When Friend ⁠— who the Post indicated did not vote for former President Donald Trump in 2020 ⁠— said he did not believe all present near the Capitol on January 6 were guilty and that he “believed some innocent individuals had been unjustly prosecuted, convicted and sentenced,” Markovsky allegedly repeated false claims about the murder of police officers at the Capitol on Jan. 6 and deemed Friend a “bad teammate.”

Friend claimed he was again threatened with reprisal.

When he refused to take part in the August 24 raid, Friend said that he was deemed away without leave and then docked pay.

Friend suspected he might be facing an ouster on the basis of subsequent conversations with supervisors.

Friend, reportedly marched out of the FBI field office in Daytona Beach on September 19, regards himself as a “conscientious objector” and noted his refusal to participate in the August 24 raid was informed by his “oath to uphold the Constitution.”

In his September 19 letter, Jordan demanded that the FBI turn over documentation and information relevant to Friend’s complaint by October 3, such as “the number of arrest and search warrants sworn out by agents from the [Washington Field Office], but executed in the geographic area of another FBI field office.”

He also emphasized that “whistleblower disclosures to Congress are protected by law” and that the House Committee on the Judiciary would “not tolerate any effort to retaliate against whistleblowers for their disclosures.”

Whoopi Goldberg defends embarrassing Biden moment when he called for politician that had died a month ago
Senate passes bill to fund the government, including another $12 billion for Ukraine
Jean-Pierre struggles to explain away Biden’s latest embarrassing senior moment as reporters won’t have it
Sen. Ron Johnson Requests YouTube Docs About Censorship
DEACE: EPIC montage packed with headlines that are almost TOO cringe to watch