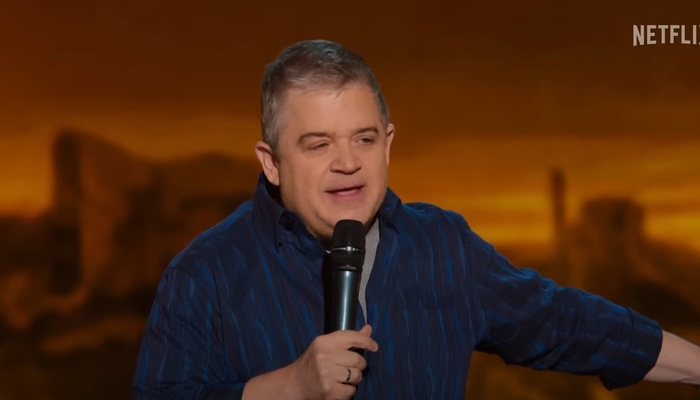 Patton Oswalt is so woke he fell for the biggest con of our age. Note: Just because a group dubs itself “anti-fascist” doesn’t mean it actually is.

Oswalt likely feasts on a diet of CNN, MSNBC and other corrupt news outlets that refuse to tell Antifa’s full story. Still, praising that hateful group wasn’t enough to stop the woke mob from pouncing, and seizing, on him for a critical error.

He treated longtime friend Dave Chappelle … like a longtime friend. Oswalt appeared on stage with Chappelle, a comedian targeted by the far-left for telling jokes about the trans community. The social media mob torched Oswalt for supporting a longtime chum who tells the “wrong” kind of jokes.

That episode ended with Oswalt throwing said friend under the bus in favor of a few dozen woke Twitter accounts.

The Daily Beast, via Yahoo!, shares how Oswalt’s new Netflix special reveals an ugly truth. No one is woke enough … ever.

Not even a progressive comic eager to throw friends aside at a moment’s notice.

“I’m woke, I think,” Oswalt tells the crowd. “But you know what? I won’t be someday. Be woke, be open-minded, just don’t pat yourself on the back, because it will bite you in the ass….”

Oswalt does predict that as he continues to age, he will inevitably fail to keep up with the progress of society and risk getting “canceled” for expressing opinions that are no longer acceptable.

The “sweet” Rogan, he says during the special, has gone “off the rails.”

Why? Because CNN/MSNBC told him to think that way. Oswalt probably cringes at Rogan suggesting we should be able to speak our minds, debate those with whom we disagree and worry the CDC may not have the best advice on global pandemics.

For that, the far-Left put a juicy target on Rogan’s back. And Oswalt, following his progressive marching orders, is only to happy to pile on.

Perhaps when he’s canceled, sooner or later, he’ll join Rogan’s Spotify podcast and share his side of the story. Rogan once said of Patton, “I love him to death.” Chances are, he’ll forgive Oswalt for the unkind words and embrace him like a brother.

After all, that’s what friends are for.

Pinko Alert! 3 Simple Ways to Recognize Who the Commies Are
Wait… Is China Actually Doing the Smart Thing I Just Told Them to Do?
JetBlue hires violent felon to fly planes while discriminating against unvaccinated pilots
Manufacturing consent: How engineered famine will have the masses BEGGING for FEMA camps
Bill Clinton tests positive for COVID-19, urges people to get vaccinated and boosted