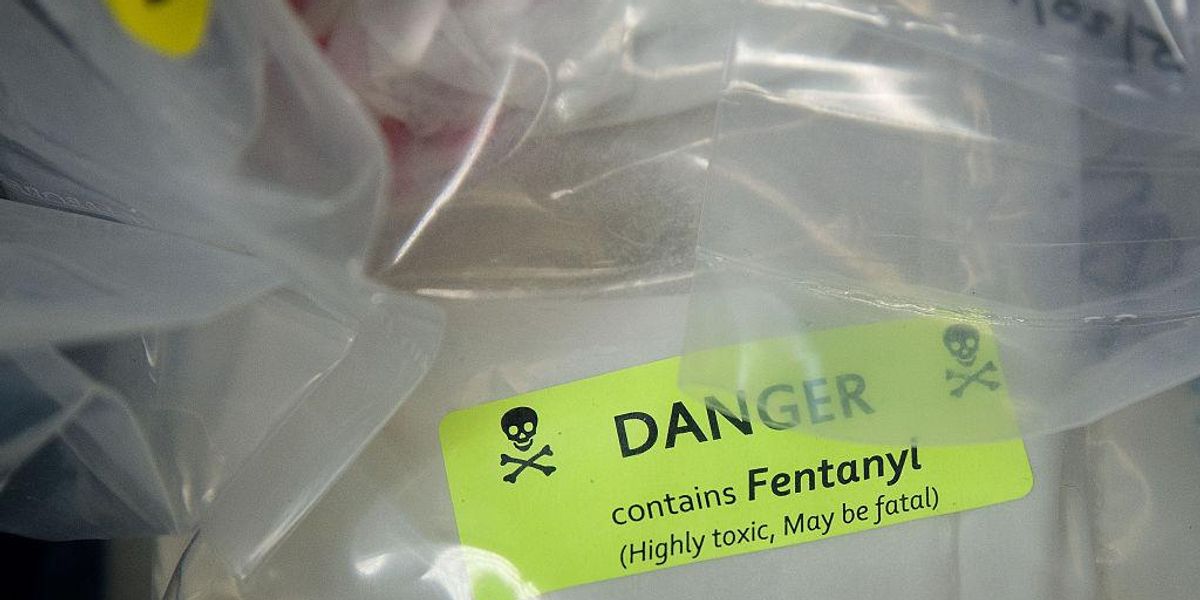 On Wednesday, 220 House Democrats blocked a bill that would have put fentanyl-related substances, including precursors, in Schedule I of the Controlled Substances Act. Doing so would have enabled the government to crack down on those driving the opioid crisis and profiting off the deaths of tens of thousands of Americans. The bill expires on September 31.

Fentanyl is the leading killer of adults ages 18-45. Last year, opioids killed an estimated 80,816 Americans. 10% of the significant drop in U.S. life expectancy, now at its lowest point in over two decades, is attributable to such overdoses.

China is reportedly the principal source of the fentanyl flooding America’s illicit drug market. Mexican cartels, partnered with the Chinese and using Chinese-sourced materials, manufacture and then traffic much of the killer drug over the U.S. border.

The “Halt All Lethal Trafficking of Fentanyl Act” (H.R. 6184), sponsored by Rep. Morgan Griffith (R-Va.) and introduced with Rep. Bob Latta (R-Ohio) on December 8, 2021, had 88 cosponsors, all of whom were Republicans.

Griffith stated earlier this week that the bill would “strengthen law enforcement’s ability to prosecute fentanyl traffickers and act as a deterrent.”

He previously indicated that it will also help “curb overdose deaths.”

u201cDems have again blocked my bill, the HALT Fentanyl Act, which would permanently schedule fentanyl analogs as Schedule I substances and remove barriers to research.nnThe HALT Fentanyl Act would fight the drug overdose crisis that took more than 107,000 lives in the U.S. last year.u201d

In addition to making it easier to target traffickers of what some, including Tennessee Attorney General Jonathan Skrmetti, have called a “weapon of mass destruction,” the bill would have removed barriers to research, said to be necessary for “as many as 4,800 analogues” to fentanyl. Of the thousands of analogues, “experts at the NIH, FDA and other agencies have studied roughly 30.”

“If this law expires and doesn’t become permanent,” said Griffith, “those 4,800 analogues are arguably legal … and we have to pass a law on each one of them. The HALT Fentanyl act makes it so we don’t have to do that.”

Latta stressed the urgency of the bill’s passage and the need for Congress to take action, saying that the “havoc these substances wreak on our communities is devastating.”

Sen. Bill Cassidy (R-La.), who introduced companion legislation in the U.S. Senate with Sen. Richard Burr (R-N.C.), emphasized that to “ensure law enforcement has the tools to combat this trend, we cannot let this Schedule 1 classification lapse.”

The Democrats appear keen for just that to happen. In fact, this is not the first time that Democrats have blocked the bill. They blocked it on February 2 and on April 1.

It was suggested in a statement from Republicans on the Energy and Commerce Committee that “Democrats in the House are blocking action on this bill … [b]ecause they want to weaken criminal penalties on traffickers who move fentanyl-related substances.”

Despite Democrats’ refusal to tackle the opioid crisis with this and other proposed legislative remedies, some members have nevertheless recognized the cost of doing nothing.

Rep. David Trone (D-Md.), who sits on the Congressional Join Economic Committee, compared the deaths resultant of the opioid epidemic to “one 737 (jet) every day going down, no survivors. It’s a mind-boggling number of deaths.”

New analysis released by the JEC on September 28 indicated that the opioid epidemic cost the U.S. a record of nearly $1.5 trillion in 2020. That cost is expected to rise.

The Republican Study Committee recently highlighted several other legislative endeavors to combat the scourge of fentanyl trafficking, addiction, and overdoses, including:

THURSDAY AT 3PM EASTERN: ‘Five O’Clock Somewhere’ with Kruiser, VodkaPundit, Special Guest Kevin Downey Jr – Replay Available
Florida pulls $2 billion in state investments from BlackRock over concerns regarding ‘social engineering’ and ESG initiatives
Felon with 8 prior convictions allegedly stabs man to death while out on bond for another charge: ‘These judges need to be held accountable’
Texas girl, 7, who went missing is found dead; FedEx driver arrested for murder, kidnapping
‘Reckless driver’ crashes truck into two cars at a Walmart. Police said it was a dog with a ‘guilty look’ on its face.