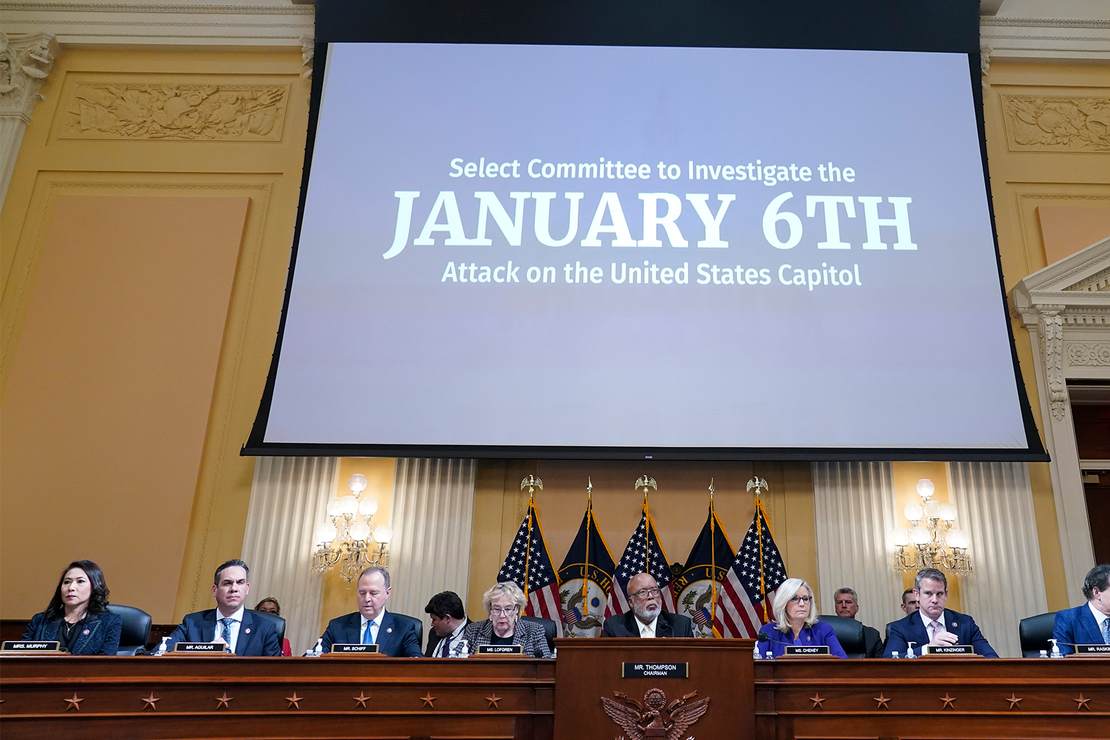 On Wednesday, we learned that Donald Trump won’t have to appear before the January 6 Select Committee as the committee has withdrawn its subpoena.

“In light of the imminent end of our investigation, the Select Committee can no longer pursue the specific information covered by the subpoena,” committee chairman Rep. Bennie Thompson (D-Miss.) wrote in a letter to Trump’s lawyers. “Therefore, through this letter, I hereby formally withdraw the subpoena issued to former President Trump, and notify you that he is no longer obligated to comply or produce records in response to said subpoena.”

Trump responded to the news by insisting that the committee withdrew the subpoena because they knew he did nothing wrong.

“Was just advised that the Unselect Committee of political Thugs has withdrawn the Subpoena of me concerning the January 6th Protest of the CROOKED 2020 Presidential Election,” Trump posted on Truth Social. “They probably did so because they knew I did nothing wrong, or they were about to lose in Court. Perhaps the FBI’s involvement in RIGGING the Election played into their decision. In any event, the Subpoena is DEAD!”

Of course, there’s another reason why the committee withdrew its subpoena: it never intended to have him testify in the first place.

“If the committee truly wanted to compel Trump’s testimony, it should have subpoenaed him in 2021,” constitutional scholar Jonathan Turley pointed out. “Yet liberals celebrated the committee’s belated move as a ‘bombshell ending’ instead of asking why it had not been a bombshell beginning.”

So what was the point?

The J6 Committee subpoenaed Trump in late October, and the Republican Party was widely predicted to gain control of the House and ultimately disband the transparently partisan Committee. I wrote at the time that it was conceivable that the committee didn’t actually want Trump to testify. In addition to testimony, the committee asked for a number of documents and communications. Trump, for his part, expressed a willingness to appear before the committee — but, as expected, resisted the request for documents.

Related: The J6 Committee Withdraws Its Subpoena for Trump

While the usual left-wing pundits were salivating at the thought of Trump being grilled by the committee, it seemed rather obvious to me that this was just an October Surprise manufactured by the committee to help the Democrats in the midterm elections, which were only weeks away. What other rationale could there be for the timing? Trump’s deposition was supposed to take place on November 14, and as you know, it never happened.

All this points to what I long suspected two months ago: that the committee wasn’t really interested in Trump’s testimony, and the subpoena was just a political stunt to motivate the Democrats’ base in the midterm elections. All the evidence points to this.

This is what happens when you have a blatantly partisan committee with no accountability. The committee wasn’t going to risk having Trump testify — but the possibility of it would certainly give the committee’s efforts more air time and contribute to the left’s ongoing “the walls are closing in on Trump” narrative.

Well, the committee’s business is basically over, and despite the so-called criminal referral to the DOJ, it is ultimately Trump who remains standing.