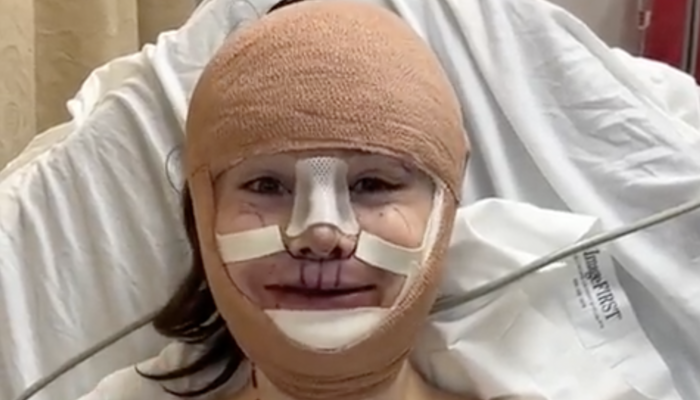 An ode to contradiction. 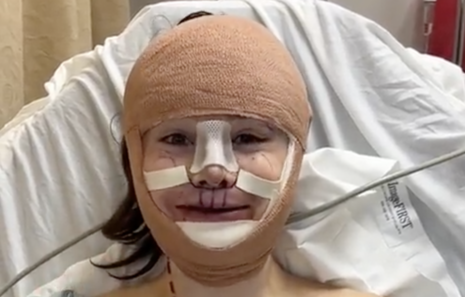 Mulvaney posted a video with bandages covering his face, where the swelling and bruises were very apparent.

In general, “facial feminization surgeries,” often called “ffts,” aim to provide patients with a more feminine facial structure. Procedures often involved include moving the hairline down for a smaller forehead, having one’s lips and cheekbones expanded, and/or having the jaw and chin reshaped and resized.

It seems brutal if you ask me. But Mulvaney elected to have the procedure done, and is supposedly thrilled at the results so far.

The post had a selfie from pre-surgery Dylan and a note that assured his “old face” that the surgery was not the face’s fault and “please don’t feel like you failed — I can assure you it’s me it’s not you.”

Mulvaney then showed his new face with a thumb up in approval.

Not only does he look like he is in immense pain, he also undoubtedly paid for the procedure out of pocket. In general, these types of procedures cost upwards of $20,000-$55,000 and are not covered by most healthcare plans.

On Dec. 29, Mulvaney celebrated his first “birthday as a girl” and didn’t share the final images of his face, but said his friends seemed to think it looked good. A less-swollen image was shared on Instagram showing Mulvaney sitting in a pool with a few less face bandages.

I get that if Mulvaney wants to dismember and harm his own body, that’s technically his prerogative. But the message that he’s sending to his millions of viewers and followers is that they really can’t be happy in their own skin unless they change it.

On Twitter, conservative personality Ian Miles Cheong, commented, “Why did they have to get their body mutilated just to embrace their ‘real self?’ Sad, sad stuff. We need to be encouraging young people to accept themselves for who they are … not this.”

Cheong later tweeted, “It is just mindblowing that woke people will shame people for losing weight and getting fit by claiming it is ‘fatphobia’ and how they need to embrace their obese selves, but in the same breath support surgical body mutilation.”

After David Leatherwood from Get Outspoken USA shared a video in which Mulvaney gave a post-surgery update, one user named Jimmy Simmons pointed out how wrong the procedure and accompanying message is, writing, “Wrong on so many levels… ‘Health professionals’ slice up a Dylan Mulvaney’s face to affirm him in his delusionally self-proclaimed ‘girlhood’, in direct insult (via appropriation) to all actual girls…”

This is the same “transgender” star who was invited by President Joe Biden to the White House, where he encouraged the president to support painful gender-affirmation surgeries – like this one – for both adults and children.

This is what Mulvaney and Biden are in support of.

I really wish that people would stay true to their word. It’s either “embrace who you really are” or “get procedures that change your appearance and harm your body,” but it can’t be both.

This is yikes on a whole other level.