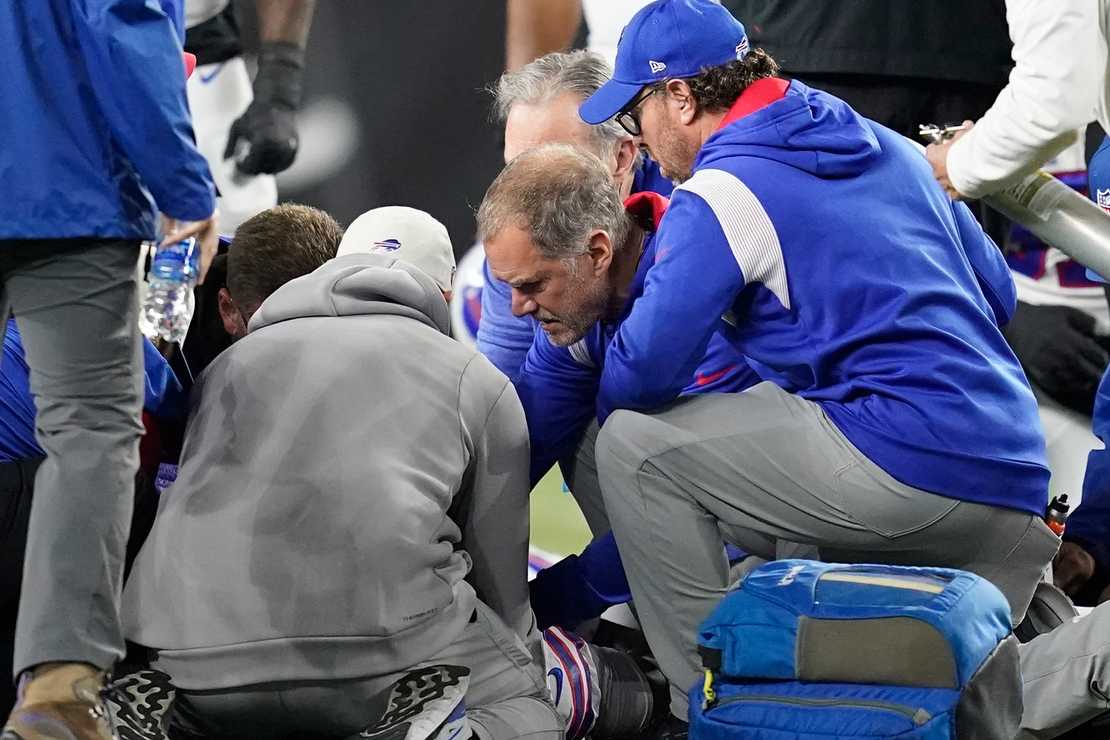 It’s been a few days since Damar Hamlin’s sudden collapse during the Bills-Bengals game on Monday night, and no definitive explanation has been given for why Hamlin went into cardiac arrest during the game. The most common theory has been that Hamlin experienced commotio cordis, “a rare lethal disruption of heart rhythm that occurs as a result of a blow to the area directly over the heart at a critical time during the cycle of a heartbeat.”

However, many dispute this theory and point to the possibility that it could be related to myocarditis, a well-known side-effect of the mRNA COVID vaccines from Pfizer and Moderna.

Studies have shown that the Moderna and Pfizer vaccines are more likely to cause myocarditis in young men than natural infection from COVID. Studies suggest that there’s anywhere from a 1-in-5,000 to a 1-in-6,000 chance of myocarditis in young men who receive a second dose of an mRNA vaccine. According to Doran Fink, M.D., deputy director of the clinical side of the FDA’s Division of Vaccines and Related Products Applications, “when you look at the balances of risk versus benefit, what we really start to see is risk of myocarditis being higher [than risk from COVID-19] in males under age 40.”

In October, Florida Surgeon General Dr. Joseph A. Ladapo reported that the Florida Department of Health conducted an analysis of the mRNA vaccines, which found “an 84% increase in the relative incidence of cardiac-related death among males 18-39 years old within 28 days following mRNA vaccination.”

But if you dare to speculate that this had a role in Hamlin’s collapse, you’re branded as a conspiracy theorist. We’ve seen this before, and like clockwork, the liberal media immediately attacked anti-vax “conspiracy theorists” for suggesting that Hamlin’s sudden collapse was at all connected to his having been vaccinated or boosted.

I know, scary, right? While “right-wingers” are being blamed for suggesting the possible connection between Hamlin’s collapse and the vaccines/boosters, according to a recent poll from Rasmussen, even though most people say they’ve gotten the COVID vaccine, almost half think it’s at least somewhat likely that side effects of COVID-19 vaccines have caused a large number of unexplained deaths. In fact, 51% of Democrats think that the COVID vaccines could be the cause of the recent uptick in unexplained deaths. Nearly a third said they thought they knew someone who died because of side effects from the COVID vaccine, with 33% of Democrats believing this, compared to only 26% of Republicans and unaffiliated voters who believe the same. Maybe conservatives are the only ones brave enough to say so publicly, but clearly, suspicion about the safety of the vaccines isn’t partisan.

Look, Hamlin’s collapse may have nothing at all to do with whether he’s been vaccinated and boosted. The question is, will we ever know the truth? Unfortunately, we’re finding ourselves once again in the middle of a situation where anyone asking certain questions is being attacked, even though many “COVID conspiracy theories” have turned out to be true. So not only is it legitimate to ask questions, it’s our obligation to do so because otherwise, we might never find the truth.