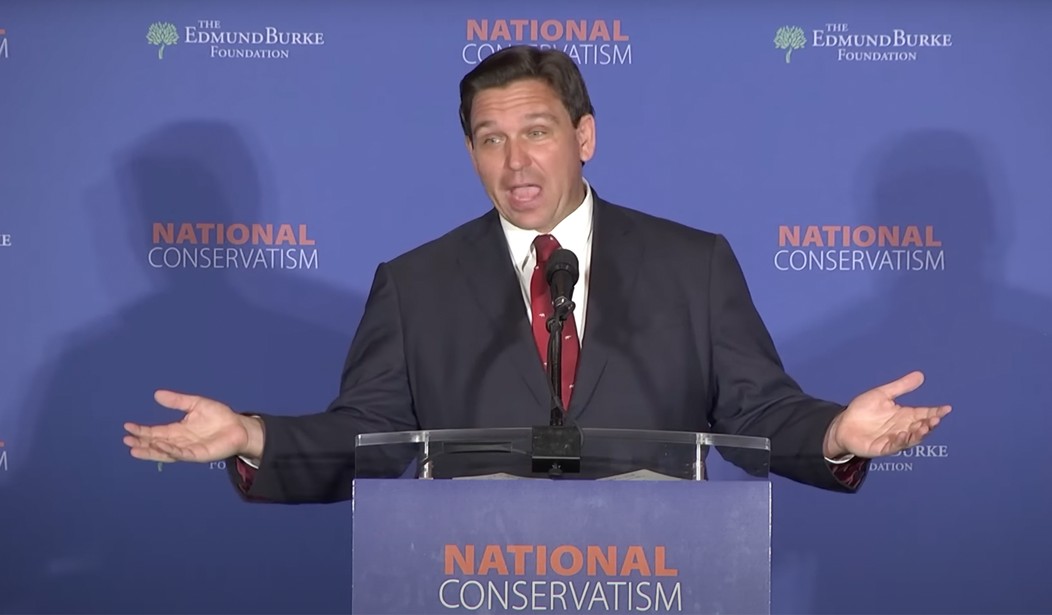 Florida teachers’ unions are about to lose a major source of funding, along with a novel new regulation on administrator pay, if Gov. Ron DeSantis gets his way.

Speaking at an event called “Florida, the Education State” in Jacksonville on Monday, DeSantis outlined his plan to rein in unions’ power.

DeSantis opened the event with the good news first, detailing how teachers’ salaries were up under his administration, fulfilling a promise to hit a minimum average salary of $47,500 for Florida teachers. With that goal met, “the state would put more funds into a program to raise salaries of current teachers,” according to WFLA.

Then he lowered the *BOOM* on the unions, announcing his intention to end the automatic deduction of union dues from teachers’ paychecks.

“You should not have the school be a focus of school union politics, and politicking and handing out literature […] Not on the public’s time.” pic.twitter.com/covXx3lrGa

“We also believe,” DeSantis said, “and will be reflected in this proposal, if you’re working in a school union, you should not make more than the school’s highest-paid teacher.”

In other words, a hard cap on union officials’ pay that’s pegged to what actual schoolteachers are paid.

Exclusively for our VIPs: Florida Man Friday: Is It Still Armed Robbery When the Weapon Is an Office Supply?

According to the most recent figures I could find (2016), the Florida Education Association — the state’s largest teachers’ union — has 43 officials earning more than $100,000 a year. Their average compensation back then was $131,000. That six-year-old figure is more than double the average teacher’s pay after DeSantis delivered on pay hikes.

Keep in mind, those big, six-figure union salaries come straight out of teachers’ paychecks, with or without their permission.

But here’s the kicker.

Going even further, the DeSantis plan would require that a union represent more than half of all teachers in any district in order to engage in collective bargaining with that district. The proposal would also prevent unions from keeping “zombie” teachers on their membership rolls after they quit paying dues.

So if enough teachers in a given school district were to give their union the old heave-ho, then that union would be effectively moribund there.

Over at Fox News, Paul Zimmerman called the proposal a “blueprint to dominate teachers’ union bosses,” but I’d politely disagree. To me, it looks more like a plan to stop Florida teachers’ unions from dominating education policy while hoovering up teachers’ paychecks without their consent.

Ron DeSantis took his swing state and turned it bright red. Now he might do the same to the state’s K-12 schools — and I can’t think of a better way for him to deliver real, long-lasting change to Florida.