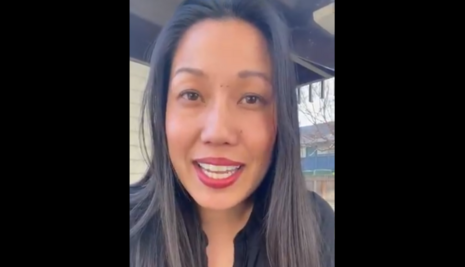 Parler isn’t the only free-speech-friendly tech company facing backlash from the riot at the U.S. Capitol.

A new tech startup created by former Republican candidate for Congress Elizabeth Heng, called “The New Internet,” has also been targeted. Heng said that fundraising platform GoFundMe removed her fundraiser for her new free-speech-focused tech startup. The site allows “authenticated users to comment on every social media platform, news organization and website without being censored,” according to the company’s website.

GoFundMe told Heng that the content of her fundraising campaign “did not meet [GoFundMe’s] criteria,” she said in a video response posted to Twitter. “[A]nd so they shut it down without any warning,” she added.

Press release distributor PR Newswire also cut ties with Heng’s company. It cancelled her team’s “Press Release on Free Speech because it was ‘Too Hot of a Topic,’” according to a tweet from Heng.

“Once again, Big Tech is trying to crush any platform or speech that threatens their chokehold on how we as American’s communicate, what we say and where we are allowed to say it,” Heng wrote in a statement.

“This is the third time these Tech giants have stifled my voice,” she added. When running for Congress in 2018, Heng said that Facebook and Twitter “banned” her from advertising her family’s American Dream story chronicling her parent’s journey coming to America “as penniless refugees.”

GoFundMe has a history of censorship. It has shut down efforts by parents to fundraise for billboards promoting a book about gender dysphoria and the impact that the transgender movement has had on impressionable youth. The fundraising platform also refused to work with Christians due to their religious beliefs, while simultaneously creating and funding its own activist campaigns for causes it supports.

“Removing The New Internet from Go Fund Me is the opening salvo in the war of censorship,” Heng concluded. “I am determined to continue this fight — speak truth to power, give a voice to the voiceless and never allow our freedom of speech to be controlled or silenced by out of touch tech billionaires and their monopolistic companies.”

Parler, another free speech app, was frontpage news last week after it was removed from both the Apple and Google app stores. It was completely kicked off the web for a time because the platform’s cloud hosting provider, Amazon Web Services, refused to continue providing services to the company. The site appears to be in the process of returning.

Conservatives are under attack. Send an email to GoFundMe’s legal team or contact them via social media and demand that the platform mirror the First Amendment: Tech giants should afford their users nothing less than the free speech and free exercise of religion embodied in the First Amendment as interpreted by the U.S. Supreme Court. If you have been censored, contact us at the Media Research Center contact form, and help us hold Big Tech accountable.