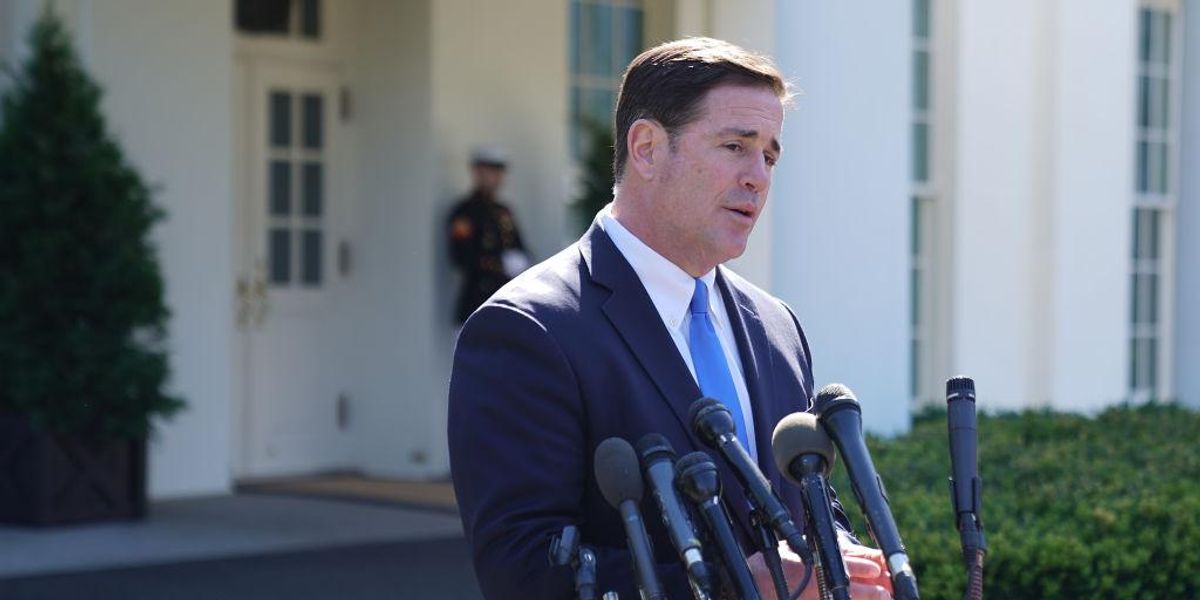 Amid an ongoing societal debate over the teaching of critical race theory, Arizona Gov. Doug Ducey signed a bill on Friday that will bar state and local governments from making employees participate in sessions that would involve any type of blame or judgement based on race, ethnicity or sex.

“When I took office, I vowed to use taxpayer dollars responsibly, and funding training on political commentary is not responsible spending,” Ducey said. “I am not going to waste public dollars on lessons that imply the superiority of any race and hinder free speech. House Bill 2906 goes a long way towards protecting Arizonans against divisive and regressive lessons.”

The Arizona Republican has served as the Grand Canyon State’s governor for more than six years and his present term is slated to end on Jan. 1, 2023.

“The Governor today signed House Bill (HB) 2906, which prohibits the state and any local governments from requiring their employees to engage in orientation, training or therapy that suggest an employee is inherently racist, sexist or oppressive, whether consciously or unconsciously,” according to a press release.

The bill would block this concept along with various other ideas that fall along similar lines, according to the text of the Arizona House engrossed version of the bill available on the state legislature’s website.

The move comes after the governor also recently signed legislation that prohibits such teachings in public schools.

“It’s great to see that @dougducey signed legislation into law to stop Critical Race Theory from infiltrating our schools and government entities! CRT advances a distorted version of history to divide our nation and dismantle our institutions. It has no place in Arizona,” she tweeted.

“The teaching of Critical Race Theory is now prohibited across all government levels and public schools in the state of Arizona! This is a HUGE win for all Arizonans. Thank you AZ Legislature for pushing this through!” tweeted House Freedom Caucus Chair Andy Biggs, another Arizona Republican lawmaker in the U.S. House of Representatives.

The divisive and polarizing topic of critical race theory has become a key point of cultural contention around the country.