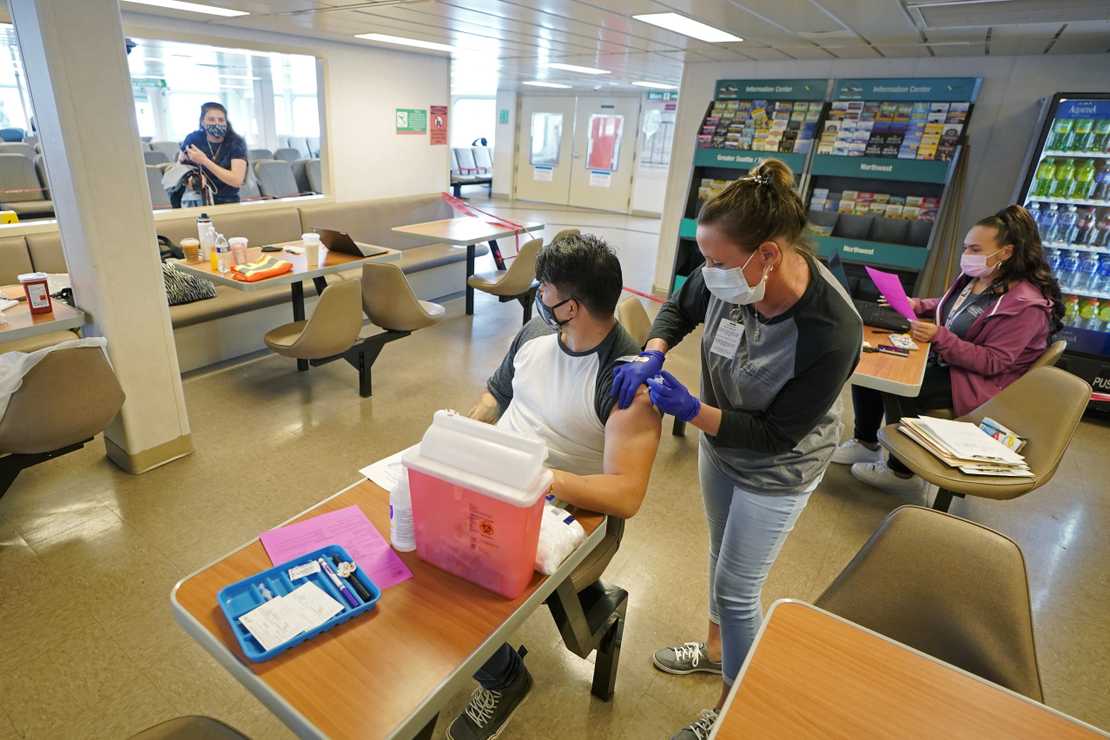 Dr. Harvey Risch appeared on Life, Liberty, and Levin Sunday night and provided information that the health bureaucracy doesn’t want Americans to hear. Risch is a Yale epidemiologist who has published more than 300 original research papers cited over 40,000 times on Google Scholar. He has also served on the leadership staff of several prominent journals.

During his appearance, he discussed early treatment and vaccinating children. Since early in the pandemic, Risch has been frustrated that the health bureaucracy won’t embrace any treatments. He wrote a paper advocating for the use of hydroxychloroquine after performing a meta-analysis of the available studies. Risch seemed genuinely surprised by the blowback his opinion generated.

He was not alone and remained in distinguished company. Successful, credentialed physicians, such as Dr. Scott Atlas and Dr. Jay Bhattacharaya, who challenged the preferred narrative, came under attack professionally and personally. Dr. Anthony Fauci personally went after Dr. Risch when Risch continued to speak out. On Sunday night, he spoke out again.

Host Mark Levin noted the number of times Dr. Fauci has contradicted himself and expressed concern about the quality of information available to the public. Risch noted how the current flow of information works. “Well, as far as I can tell, it’s a top-down structure, and most doctors do not get their information by going back and reading the original studies and making up their own minds.” So even if you like your doctor, take all the information you’ve found to your appointment with you.

Related: Before Parents Vaccinate Their Children, They Need This Question Answered

Risch continued, “They get fed the information from pharma reps or from what they’re told from [medical] societies. The conflicts [of interest] are legion, so it’s no surprise most doctors don’t pay attention and think what they are told.” One benefit from the pandemic is that some of these flaws have gotten sunlight. When you watch Dr. Scott Gottlieb go from FDA Director to the board of Pfizer and then be welcomed on television to tell you to get his company’s vaccine and maybe a booster or two, the web of conflicts starts to emerge.

Over the past week, the news media has inundated us with news about when children aged 5-11 can be vaccinated. The FDA vaccine advisory committee hearing on the evidence from Pfizer clinical trials is on Tuesday, but to hear the coverage, approval is a foregone conclusion. This assessment is probably correct since the Acting FDA Director Janet Woodcock overruled the advisory committee on booster shots. CDC Director Rochelle Walensky similarly overruled her internal committee. Joe Biden has said they will be available, so if recent history is any guide, they will receive an emergency use authorization and a recommendation from the CDC.

Dr. Risch says the government reaches out to doctors that have a conflict of interest consulting with Pharma companies. pic.twitter.com/LARidWSxCg

Levin asked Risch about vaccinating young children since we can be sure the government will mandate them somehow. Risch’s response could not be more straightforward. “If the child has chronic conditions that make their risk appreciable, then there’s a reason they should be considered for vaccination,” which is a perfectly reasonable approach.

Risch went on to say, “If it were my child, I would homeschool them. Honestly. Organize with other parents to take them out of the school and create homeschooling environments.”  He emphasized, “There’s no choice. Your child’s life is on the line.” To clarify, he said vaccination is not a high risk. “However, it’s enough of a risk, that on average, the risk is better for homeschooling than it is for vaccination and being in school.”

Risch evaluates data for a living, and that is a powerful statement. It is also not surprising when the estimated infection fatality rate under age 18 is 0.027. Data from the UK also shows that children do not transmit to adults very often. Viewing them as a significant vector of transmission to elderly and at-risk populations as a reason for vaccination is simply inaccurate.

Early treatment for those likely to become ill has been Risch’s primary goal for over a year. Levin noted that the administration does not consult Risch and other prominent scientists. Instead, there seems to be a very close circle of health professionals in the agencies that advise the administration. Risch said they do reach out to external experts, but those experts tend to be ones who consult with pharmaceutical companies. He also pointed out the prevailing perception that the government should bring academic medical centers into the discussion. Risch’s view is different.

“In fact, when you are talking about first-line treatment of people for a respiratory illness, it’s the frontline doctors. The doctors who see the patients when they walk into their offices or call them on telemedicine. Those are the people with experience in treating COVID patients, for example.” Then he shared some data he had collected from frontline doctors. “Across the country, I’ve surveyed telemedicine groups and large group practices. Most recently, a total of more than 150,000 people who have been treated early as outpatients with hydroxychloroquine, ivermectin, and other medications extremely successfully.”

Then he provided a jaw-dropping number. “Less than two dozen deaths out of that large group that had been treated early. So, they’re the ones that have the knowledge about how to treat patients. However, the government doesn’t want any of that to be known publicly.” He added, “It’s an open secret. I talk about it. And others talk about it. But the government denies it exists.” That is a case fatality rate of 0.016% when the estimate for the flu is 0.1%.

If you have a loved one who suffered needlessly with severe COVID-19 or, God forbid, passed away, you should be furious. Risch is taking a significant career risk to publicize this information, and I expect he will make it available when he concludes his evaluation.

While the recent story about the NIAID funding horrific research on puppies is awful, think about this: Dr. Anthony Fauci let millions of scared Americans go home believing there are no treatments for COVID-19. Many of them got sick enough to be hospitalized and die. Risch estimates that 85% of those patients could have benefitted from early treatment. If ignoring the data on early treatment doesn’t qualify as a crime against humanity, it is unclear what would.