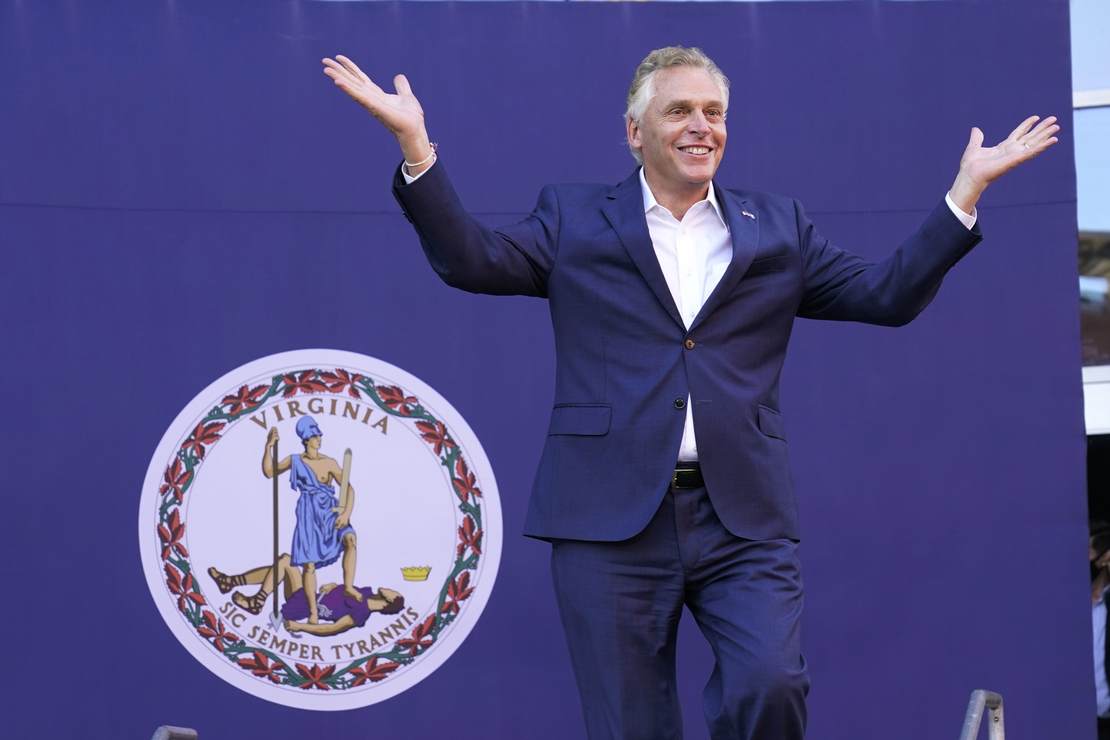 What’s going to happen in Virginia? Will Terry McAuliffe snatch victory from the jaws of defeat, and if so, what’s next for the Democrats?

I’m old enough to remember the November 2020 election. Sure, the Democrats won the White House and took control of the Senate, but otherwise, election night was a shellacking. The Democrat majority in the House narrowed, and the party won the Senate only because of depressed GOP voter turnout — in both senses of the word — in the January runoff in Georgia. Need I remind everyone that the balance of the Senate is a precarious 50-50 with Kamala Harris providing a tiebreaker?

At the state level, Republicans increased their numbers in legislatures, and the GOP even flipped both houses in New Hampshire. At the end of the day, the 2020 election wasn’t a good one for the Democrats.

Yet the Democrats interpreted 2020 as a mandate for progressive policies and bigger government. They’ve pushed policies that sane individuals would’ve never dreamed of. Thank God that so far, more reasonable heads have prevailed and the gridlock that is a feature of our government rather than a bug has prevented the worst-case scenario.

In other words — surprise, surprise — the Democrats overplayed their hand.

Now that all eyes are on Virginia and its governor’s race, I’m going to make a prediction. If Terry McAuliffe wins, the party will interpret the results as further demand for their progressive agenda, and they’ll overplay their hand nationwide yet again.

McAuliffe has doubled down on his assertion that parents shouldn’t have a say in their children’s education. He can claim that his opponent Glenn Youngkin has taken him out of context all he wants, but he has made the statement often enough for it to stick to him.

Right now, polls have tipped just a little bit in Youngkin’s favor. Margins are razor-thin. But Virginia is a blue state, and it stands to reason that Democrats will turn out for McAuliffe.

I’m not saying that either McAuliffe or Youngkin has the race in the bag. I’m not making any predictions on the outcome of the race.

But it’s easy to see what will happen if McAuliffe crosses the finish line in the lead.

Democrats won’t interpret a McAuliffe win as a Democrat winning in a Democrat-dominated state. No, they’ll see the results in Virginia and say, “This is what the people want. Everybody everywhere wants progressivism!” And they’ll go overboard doubling down even further on far-left policies.

This is what Democrats do, you see.

Back in 2018 in the Los Angeles Times, Gustavo Arellano, who is no conservative, wrote about his state:

I wrote earlier this year about the dangers of California as a one-party state. Democrats need to realize that not everyone in the state is a card-carrying leftist, and try to convince others that they want to govern for everyone, not just the faithful.

By imposing diktats on the red parts of our state and dismissing Republicans as nuisances instead of a part of American democracy, Democrats create an opening for the worst parts of the GOP to roar back from irrelevancy and make life miserable for the rest of us.

The thing is, Arellano’s words don’t just apply to Democrats in California. Or Virginia. From local races to national elections, the Democrats view just about any electoral victory as a vindication of their policies. As a mandate.

Democrats always overplay their hand, and they’ll do it if Terry McAuliffe wins tomorrow.

Oops! Democratic Legislator Calls Abortion ‘Killing Her Fetus’
NBC’s Todd Asks: Does GOP Need to Lose More Before Caving on Abortion?
High School Football Star in Need of a New Heart After a Major Heart Attack
CNN Declares Booting Schiff, Swalwell Off Committee Is Break With ‘Tradition’
Pro-Abortion Protestors: ‘Give It Anesthesia and Suck It Out’ | MRCTV on the Street