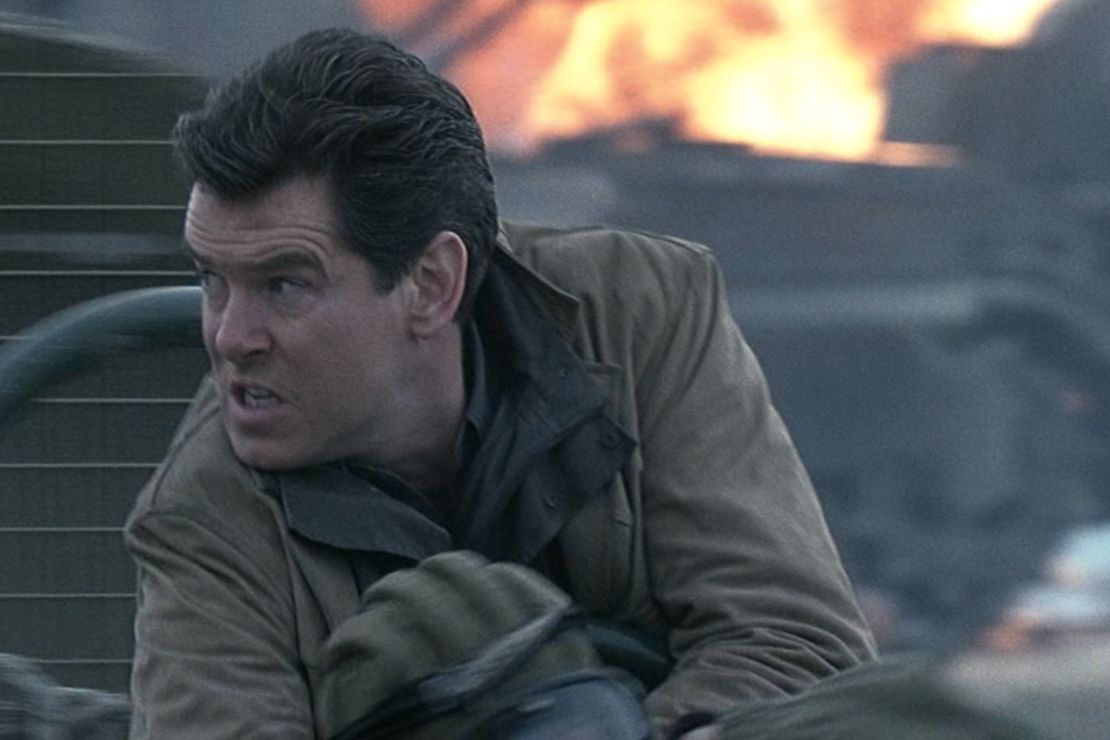 With this year marking the 60th anniversary of the James Bond movie franchise, I’m ranking all 26 Bond movies (and the Bonds!).

This lists aren’t meant to be definitive — how could they be? — but to be a fun look back at an iconic series… and maybe engage in some not-too-heated discussion over my worst picks.

Welcome to Part 003: Neither Shaken Nor Stirred.

These are the Bond flicks that might not have been awful but might have left most viewers wondering why they left the theater feeling a bit disappointed.

Die Another Day started out rough with the worst Bond theme song ever and, despite some cheeky goodness from Halle Barry as an American super-spy appropriately named Jinx, never quite recovered.

This one is over-the-top even for a Bond movie. There’s this genetically-altered North Korean colonel with daddy issues masquerading as an English billionaire trading in conflict diamonds to finance the construction of a giant space laser.

Got all that? There will be a quiz at the end of this series.

This one would have made the Worst list had it not been for an intriguing opening action sequence that ends with Bond getting captured, plus Halle Barry in a bikini when she isn’t wearing leather, and Rosamund Pike wearing nothing but fur.

Did I mention Halle Barry yet?

Die Another Day took enough critical hits that the producers took a much-needed four-year break before completely rebooting the franchise with Daniel Craig.

Prior to Quantum of Solace, each James Bond movie stood alone, with no story continuity between them. Sure, there were recurring characters, but no attempt to tell an overarching story as with the Marvel Cinematic Universe.

Creating a “Bondiverse” might have worked, too, had it not been for a Hollywood writer’s strike.

The Quantum in the title, if I recall correctly, was the stand-in name for Blofeld’s infamous SPECTRE organization until the producers got a licensing issue worked out.

That kind of “what the hell” attitude pervades the movie, and for a good reason.

Here’s what outspoken Bond star Daniel Craig had to say about it:

On Quantum, we were f*****. We had the bare bones of a script and then there was a writers’ strike and there was nothing we could do. We couldn’t employ a writer to finish it. I say to myself, ‘Never again,’ but who knows? There was me trying to rewrite scenes – and a writer I am not.

The action scenes were mostly well done, at least, and I even applaud the movie for trying to do something different with some interesting spycraft during the opera sequence.

Pretty much everything else fell flat, including the Bondiverse-style ending with 007 avenging his love Vesper Lind’s death from the far superior Casino Royale.

While I appreciated the attempt at continuity, between Quantum and the even worse Spectre, the otherwise excellent Daniel Craig era simply wasn’t consistent enough to carry it off.

Not only because of James Bond but because it stars one of my lifelong favorite baddies, Christopher Lee, as the assassin title character.

As I wrote of Lee on his passing:

His monsters — and he played about a million of them — were never completely monstrous. Lee embodied evil so easily, almost merrily, with an English gentleman’s grace, wit, and charm. More than any other actor except for Vincent Price, he made being bad so much fun. Remember him now as the assassin Scaramanga in Roger Moore’s second James Bond movie, The Man with the Golden Gun — cocktails on the beach at five, followed by murder and perhaps a light snack.

Plus… Britt Eckland AND Maud Adams as Bond girls? Where do I sign up for that?

And yet, TMWTGG was one of those Roger Moore movies I saw a few times while still too young to notice the flaws that became all-too-apparent watching it again with grown-up eyes.

Maybe it was the return of the annoyingly stereotypical redneck sheriff from Live and Let Die. (Clifton James as Sheriff J.W. Pepper.)

Maybe it was the cheesy carnival-type “house of mirrors” where Scaramanga lures his victims.

Mostly it was the occasional campiness that would come to infect most of Moore’s outings.

The Man with the Golden Gun isn’t bad, per se. It’s just that whenever I watch it, I’m left feeling it would have been a much better Bond had the producers taken the source material a bit more seriously.

It’s the Bond flick I refer to as “the schizophrenic one” for reasons I’ll explain in a moment.

The plot itself is straightforward. New KGB chief General Leonid Pushkin has decided it’s “death to spies,” and goes on a 00-killing spree, heightening Cold War tensions. And of course, it’s up to Bond to stop him.

But there was a real debate in the mid-’80s about how to update Bond for the age of AIDS.

The correct answer is: You don’t. These are basically fantasy movies, just ignore it.

Instead, the producers decided to make Dalton a one-woman Bond, spending nearly the entire film hooked up with the delectable Maryam d’Abo as Russian hottie Kara Milovy.

That I have no problem with. Bond’s only true loves — Tracy in On Her Majesty’s Secret Service and Vesper in Casino Royale — were both welcome additions.

The problem wasn’t the one-woman Bond, it was the two-personalities James.

Dalton’s Bond was supposed to be a return to the character’s roots as a tough-as-nails gentleman assassin. The good news is, Dalton was really quite convincing as an old-school Bond.

The bad news? So many of his scenes with d’Abo, director John Glen pushed the love story much too hard. In one scene, Bond is a stone-cold killer. In the next, he’s making goo-goo eyes at d’Abo.

I swear, The Living Daylights can give viewers whiplash.

My other complaint is that Dalton wasn’t allowed a full reboot. Moneypenny — thank goodness — was re-cast with the much more appropriate Caroline Bliss. But M and Q, older than ever, are still around, and except for M’s fancy new high-tech office, nothing else changed for this all-new Bond actor playing Bond in a new way.

In Part 004 — coming later this week — I’ll take you on a tour of six more Bond flicks. Next time we’ll look at the Bond movies that gave you all the popcorn thrills you ever wanted, but maybe not much more than that.

Previously: Ranking the Bond Movies: Part 002 (The Ones That Really Blofeld)