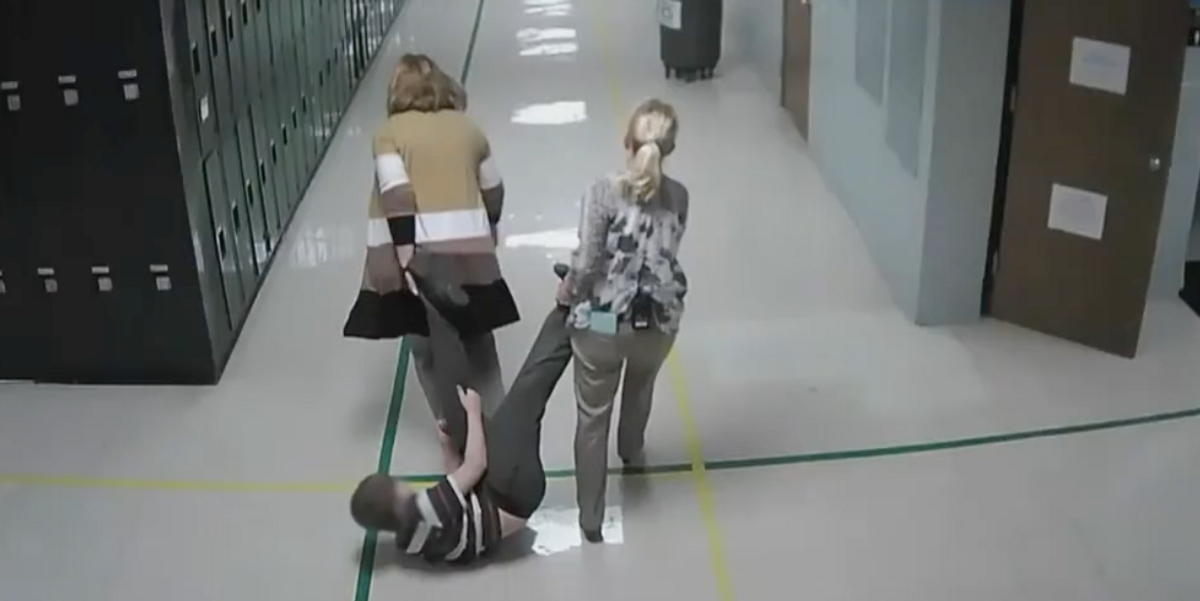 A school board in Tennessee recommended that an elementary school principal be fired this week after surveillance video showed her dragging a special needs student through the hallway by his ankles.

In a school board meeting on Thursday, board members voted 5-2 to pass a recommendation for termination, accusing Walter Hill Elementary Principal Helen Campbell of unprofessional conduct, conduct unbecoming of a member of the teaching profession, insubordination, and neglect of duty, according to WZTV-TV.

Rutherford County Director of Schools Bill Spurlock stated that on Nov. 4, 2019, Campbell was seen pulling the child by his arm from a chair and grabbing him by the belt after he allegedly failed to comply with a request.

According to surveillance footage, she then dragged him by his wrists into the hallway outside the school’s front office. Once there, another staff member, teacher Bonnie Marlar, helped her drag the student by his ankles some 500 feet through the hallway to the back of the school where he was left isolated in a room.

The student reportedly sustained minor injuries and the incident resulted in child abuse charges being filed. Those charges, however, were later dismissed. Both Campbell and Marlar were also placed under investigative suspension following the incident.

During the meeting, Spurlock noted that Campbell is accused of attempting to destroy evidence by deleting video footage of her actions from the school’s security cameras, but was unsuccessful.

Though in order to protect the child’s identity, the board refrained from showing the full video at the meeting, instead choosing to display still images from it.

In late 2019, after reports surfaced about the incident, Rutherford County Schools stated that the video footage showed the student “was not attempting to harm themself, any other students or any employees” before he was manhandled.

The district further said that Campbell and Marlar dragged the student from a chair in the office “when the student did not appear to be aggressive or threatening to anyone.”

The board’s decision to recommend Campbell for termination was not unanimous.

One board member, Tammy Sharp, called Campbell a “phenomenal” principal and argued the vote to fire her was “disgusting” in the absence of more context.

“Not one of us on this board have spoken to Ms. Campbell. We don’t know the background of this student, we don’t know what his issues were,” Sharp claimed. “I think it’s disgusting and I’m sure our teachers that deal with problems like this every day have a chill down their back today and they’re looking for more jobs.”

She reportedly called for a dismissal of the vote, which failed to pass.