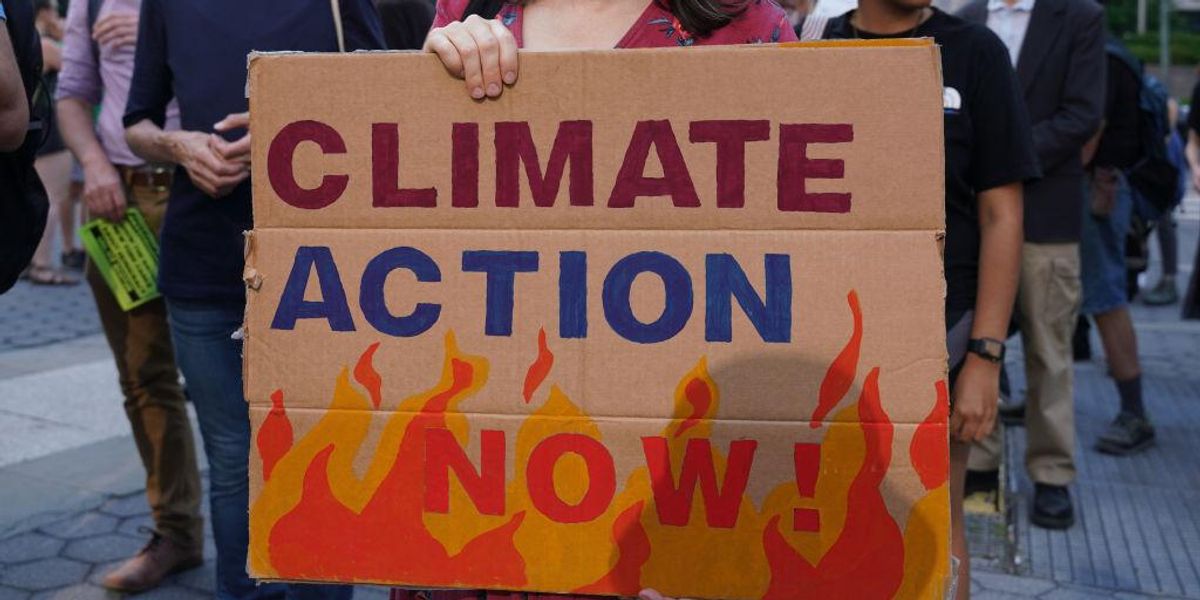 A Biden administration plan to roll out new ESG rules may have been jeopardized after the U.S. Supreme Court limited the Environmental Protection Agency’s regulatory powers Thursday.

One such rule is a proposed regulation from the Securities and Exchange Commission to force companies to disclose their carbon emissions. That controversial rule is related to the Great Reset movement’s push for environmental, social, and governance scores — ESG scores — that signal to financial investors which companies are committed to fighting climate change or embracing left-wing causes.

The SEC’s climate disclosure rule would require registered companies “to provide certain climate-related information in their registration statements and annual reports.” If the rule is enacted, companies would have to disclose their greenhouse gas emissions, which could then become a factor that would negatively impact a company’s ESG score.

John Pendergrass, vice president for programs and publications at the Environmental Law Institute, a D.C.-based nonprofit, told Financial Advisor the court’s EPA ruling makes it unclear that the SEC’s proposed rule is legal.

“Although the court’s decision in West Virginia v. EPA doesn’t directly affect the SEC climate disclosure rule, it certainly suggests the SEC, as well as every other agency, needs to emphasize the clear statutory basis for any new rule,” Pendergrass said.

Under the “major questions” doctrine, an executive branch agency must have clear statutory authorization from Congress before it can regulate issues that have a broad impact on society. Chief Justice John Roberts cited this doctrine in his majority opinion finding that the EPA did not have the power to require coal-based power plants to switch to fossil fuel alternatives.

“The basis for the decision is essentially applicable across all the regulatory agencies, and we’d expect many actions by the SEC and other financial federal regulators to quickly become bullseyes for corporate America,” Dennis Kelleher, CEO of Better Markets, told Reuters. He said the SEC’s proposed rule was “an obvious potential early target” for further legal challenges after the EPA decision.

Still, some believe it is within the SEC’s power to require companies to disclose emissions information.

Former SEC attorney Walé Oriola, counsel at Faegre Drinker, told Financial Advisor that “under the principle leaned on by the high court in the EPA case, the SEC should be cautious as it approaches finishing its climate disclosure rules. I think the EPA ruling would influence what requirements makes it into the final version of the rulemaking.”

But since the proposed disclosure rules are still related to financial information, Oriola said the Supreme Court would defer to the SEC’s interpretation of its own regulatory authority under the “Chevron deference” legal doctrine. Congress “gave the agency authority to promulgate disclosure requirements that are ‘necessary or appropriate in the public interest or for the protection of investors,’” Oriola said.

This view was shared by climate change activists and shareholder advocates. “We do not think yesterday’s SCOTUS rule on EPA Clean Air Act will have an impact on any court challenge to the SEC proposed rule on climate disclosure,” said Andrew Behar, CEO of As You Sow, a California-based shareholder advocacy group that promotes “environmental and social corporate responsibility.”

“The new SEC rule that will require corporate disclosure be accurate, verified, and included in the audit is the most basic requirement of good governance and commerce. It simply ensures trust between companies and their shareowners,” Behar said.

However, opponents of the SEC’s rule are expected to cite the Supreme Court’s EPA decision in their legal challenges.

“Even before, it was clear that the SEC might have had a difficult time escaping judicial skepticism about the scope of agency authority to act in the climate area,” Howard Fischer, a partner at Moses & Singer and former SEC attorney, told Reuters. “The SEC’s argument that climate risk is finance risk is not likely to find a sympathetic ear at the Supreme Court.”