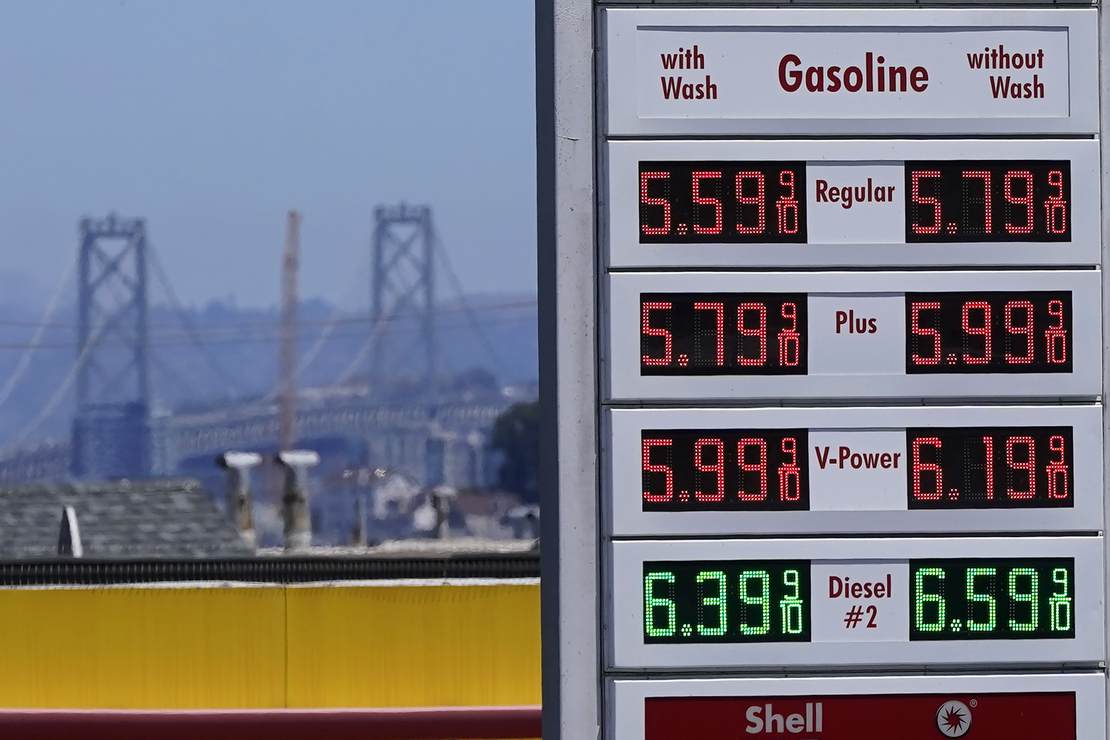 It’s true that Americans have experienced some relief at the gas pump for many weeks now — and the Biden administration did everything possible to get Americans to give the Big Guy credit for that decline.

“Our actions are working, and prices are coming down,” Biden said in July.

He was wrong, of course. Yes, gas prices were coming down, but there was little evidence that any policy of Biden’s had had any substantial impact. Last month, the Treasury estimated the impact of Biden’s depletion of the strategic reserves to be between 13 cents and 33 cents a gallon. Even if you accept the liberal estimate, much of the decline in prices was clearly due to other factors — and analyst Brian Milne believed the biggest contributing factor was a decline in demand.

Nevertheless, when gas prices go up, Americans tend to blame the president, and when they go down, the president tends to get some of the credit, too. As such, Biden’s approval ratings, while still underwater, have recovered significantly since the middle of July, when his RealClearPolitics average was roughly -20 points. It is now roughly -10 points.

But is that about to change? After falling for 98 consecutive days, the national average gas price ticked up a penny on Wednesday, according to AAA.

“The last time the national average price for gasoline rose was June 14, when it hit a record of $5.02. Prices fell every day since then and Thursday would have marked the 100th straight day of declines,” CNN reported.

And it’s probably going to keep going up.

Related: FLASHBACK: When ‘Experts’ Claimed Gas Prices Would NOT Skyrocket Under Biden

“All streaks have to end at some point, and the national average for a gallon of gas has fallen $1.34 since its peak in mid-June,” AAA spokesperson Andrew Gross said in a statement. “But there are big factors tugging on global oil prices—war, COVID, economic recession, and hurricane season. All this uncertainty could push oil prices higher, likely resulting in slightly higher pump prices.”

The Biden administration has been declaring victory on gas prices for weeks now. With less than two months before the midterm elections, there couldn’t be a worse time for gas prices to start going back up again.

For sure, a modest increase of one penny in a single day does not make a trend. But we’ve been anticipating prices going back up since mid-summer, as the Biden administration has been focusing on short-term fixes to gas prices that can only work for so long. In July, energy analysts predicted that price surges could happen as soon as October.

“Economists across the ideological spectrum warn that the measures the White House is promoting — allowing Russian oil into the global market at reduced prices, taxing oil company ‘windfall’ profits, cutting the federal gas tax — could ultimately aggravate the energy crunch in the United States, rather than ease it,” the Washington Post reported in July.

So, while it’s easy to write off a single day’s increase of a penny per gallon as significant, one thing is for sure: the decline in gas prices has been slowing for the past month.

The decline in gas prices has slowed over the past month, and now looks to be headed back up again. (via @GasBuddy) pic.twitter.com/rqqE5JZFLH

The decline had to hit a floor sometime, and it sure looks like the timing is matching up with what was predicted months ago. Meanwhile, the Strategic Petroleum Reserves are now at crisis levels and we have to restock that as well, which won’t do Biden any favors.

Biden has likely exhausted all the short-term price gimmickry he had. Now, we could be on the verge of a huge spike that, combined with the recent momentum of GOP candidates in key races, could deliver the GOP a stronger majority in November than previously predicted.

5-Year-Old Kindergarten Student Dies After Suffering From “Seizure and Stroke” Due to Rare Disease
Witness at congressional hearing claims ‘men can have pregnancies, especially trans men’
Senate passes bill to fund the government, including another $12 billion for Ukraine
An Ominous Sign for Joe Biden and the Democrats
Flutegate! If You’re Going to Get Mad, Don’t Get Mad at Lizzo