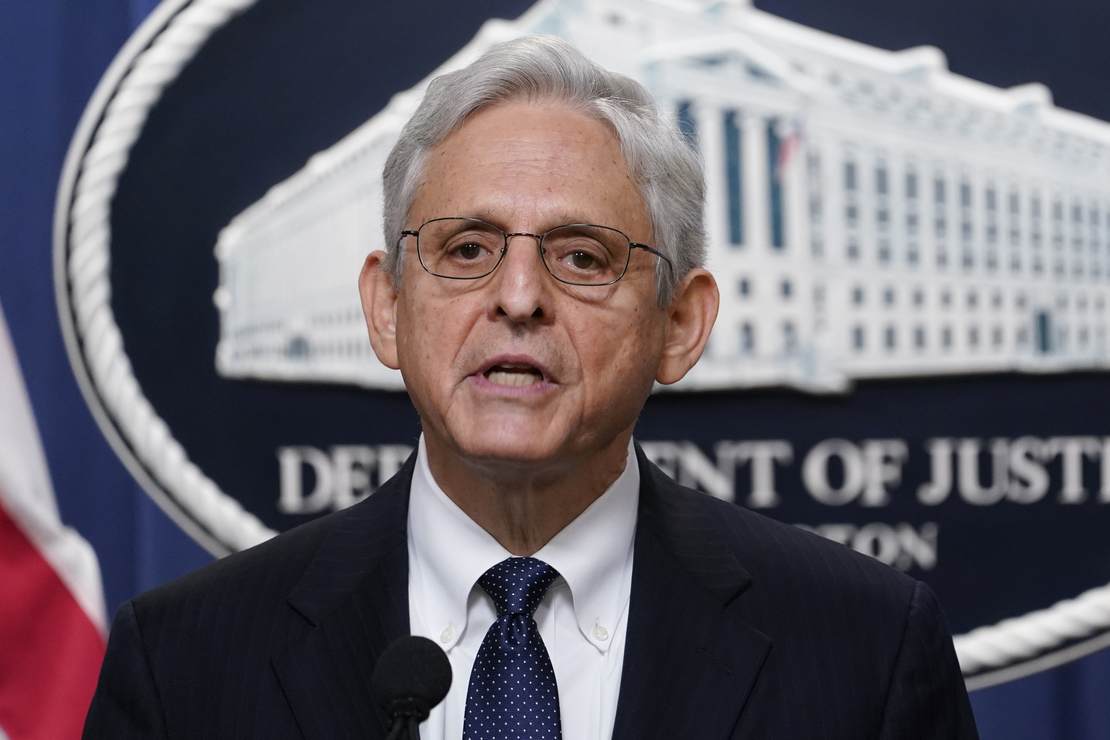 We’ve been reporting on the politicization and weaponization of the Department of Justice under the leadership of Attorney General Merrick Garland for months. Just as former Attorney General Eric Holder was Barack Obama’s wingman, Garland is Joe Biden’s. In recent weeks, calls for reform have increased, thanks to the FBI’s unprecedented and unjustified raid on Donald Trump’s Mar-a-Lago home in Florida.

Yet, despite the increased attention on the abuses of power in the nation’s top law enforcement agency, it’s clear that neither the FBI nor the Justice Department is concerned.

In recent weeks, more than 20 whistleblowers have come forward alleging political bias by the FBI against conservatives — including allegations that the FBI is manipulating cases to support Joe Biden’s narrative that domestic extremism is a massive problem in the country. Biden has also ramped up his public rhetoric against “MAGA Republicans,” whom he claims are threats to democracy.

Despite the increased attention and potential scrutiny of FBI and DOJ actions, dozens of FBI Agents raided the home of a Catholic pro-life activist last week.

According to Mark Houck’s family, a pro-abortion protester verbally assaulted his 12-year-old son last year, prompting Houck to push the man away to protect his child. The man fell and tried to sue Houck despite experiencing no injuries. The case was thrown out, and that should have ended it.

But the Biden administration decided it would make an example out of Houck by accusing him of violating the Freedom of Access to Clinic Entrances (FACE) Act in connection with the incident. Luckily for them, a Biden-appointed U.S. Attorney for the Eastern District of Pennsylvania, Jacqueline C. Romero, signed off on the raid on Houck’s home, and 25 armed agents went to his home to arrest him in front of his wife and seven young children.

“Assault is always a serious offense, and under the FACE Act, if the victim is targeted because of their association with a reproductive healthcare clinic, it is a federal crime,” Romero said. “Our office and the Department of Justice are committed to prosecuting crimes which threaten the safety and rights of all individuals.”

“[T]hey had big, huge rifles pointed at Mark and pointed at me and kind of pointed throughout the house,” Houck’s wife explained. “The kids were all just screaming. It was all just very scary and traumatic.”

Mark Houck’s attorney Peter Breen declared him “innocent” and claimed that the Department of Justice was targeting him “solely to intimidate people of faith and prolife Americans.” He also noted that Houck voluntarily offered to speak with authorities about the incident several months ago, but that offer was rejected in favor of the raid.

“Rather than accepting Mark Houck’s offer to appear voluntarily, the Biden Department of Justice chose to make an unnecessary show of potentially deadly force, sending twenty heavily armed federal agents to the Houck residence at dawn this past Friday,” Breen said.

Does this sound familiar? Trump’s legal team was also in discussions with the Department of Justice when the raid on Mar-a-Lago occurred. They don’t care about appearances; they care about sending a message. In other words, they are more dangerous than we thought because they clearly don’t care about negative publicity.

If Republicans win back control of Congress, they must do everything possible to reform the Department of Justice and the FBI. Americans have lost faith in our top law enforcement agencies, and if they’re allowed to continue to be political weapons, there’s no telling what they might do.