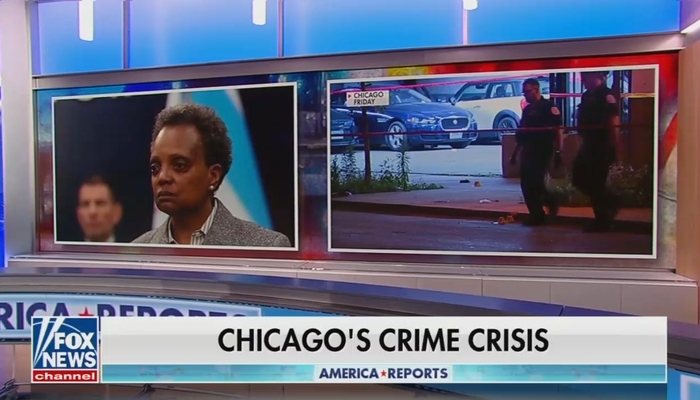 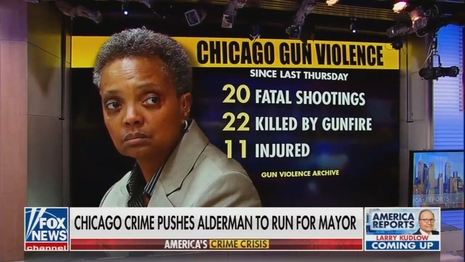 In a front page and above-the-fold story for Thursday’s print edition, The Washington Post discovered a reality that dozens of people are shot and killed every week and weekend in Chicago, Illinois, but there’s barely any national attention given to the plight of Chicagoans in contrast to the equally horrifying mass shootings in suburbs and other more economically prosperous areas.

Reporter Robert Klemko penned the story under the print headline “Toll on South Side eclipsed suburb’s, but drew no furor” (and “With little outcry, Chicago’s bloody weekend eclipsed Highland Park toll” online) that gave away the media game of fixating on certain acts of gun violence, but not others.

Klemko had a sobering open:

No new counseling resources were announced this week on this city’s impoverished South Side, even after a man was shot to death in broad daylight, feet from a playground, days before July Fourth.

There are no crowdsourced charity drives raising millions for victims’ families in Chicago, where the holiday weekend death toll reached at least 10 with 62 injured — numbers that exceed the toll from a July Fourth parade shooting in nearby Highland Park, Ill.

In that affluent lakeside suburb, the violence was an anomaly. Here, it is a grimly regular occurrence.

Klemko then quoted “community activist and organizer” Bobbie Brown, who saw “the nationally televised law enforcement response and community outpouring” to Highland Park “from her home in the Englewood neighborhood” near a playground homicide from Friday afternoon and pointed to the fact that “[o]ur babies see people get shot while they’re at a playground, and there’s no counseling.”

Despite the fact that “Chicago Mayor Lori Lightfoot (D) has significantly boosted mental health funding for communities affected by violence,” Klemko explained “residents touched by the weekend’s violence said the need for help far surpasses what is available and easily accessed.”

For the privileged crowd of The Post, Klemko relayed how even the idea of attending a parade on the South Side of Chicago would be tempting fate in an area with a median household income of $118,000 smaller than that of Highland Park (click “expand”):

Champagne Gardner, a 29-year-old nursing assistant, said she was sleeping at her mother’s home in the Grand Crossing neighborhood early Sunday when her mother decided to call the police about the noise coming from a party on her block. With dispatchers on the phone, her mother stepped outside to get the exact address. As she stood in front of the home that was hosting the party, she heard gunshots.

Gardner says it took law enforcement 45 minutes to arrive, despite the nearest police station being one mile away. A 24-year-old man was pronounced dead at the scene, and two women were taken to the hospital with gunshot wounds, police said. Chicago police did not respond to a request for comment.

“It was sad to hear about Highland Park,” Gardner said of the suburb where the median household income is $147,067, according to the 2020 Census. “But at the same time, we’re used to that kind of stuff here. There was a shooting at that same house last year.”

Gardner’s family doesn’t let their young children play beyond their fenced-in backyard in Grand Crossing, where the median household income is estimated at just over $29,000. Likewise for Shermiya, a 35-year-old mother of three who asked to be identified only by her first name out of safety concerns. Taking her children to a July Fourth parade — or any large gathering — in her neighborhood would be unthinkable, she said.

She lives catty-corner to the 6600 block of South Evans Avenue, where at 2:50 a.m. on Tuesday police responded to a report of gunshots. A 31-year-old who was shot six times was taken by ambulance to the University of Chicago Medical Center, where he was pronounced dead. Two other people were treated for gunshot wounds.

One mother who went by the name Shermiya told Klemko another reality when it comes to how the media view mass shootings:

“It was on for hours and hours,” Shermiya said. “And it’s like, people are getting shot every day around here, around the corner, up the street. But they still don’t cover it because it’s not enough White people down here.”

And because she and fellow Chicagoans been ignored, Klemko said Shermiya believes “the poverty of the inner city and its consequences are intentional.”

The Post story ended with a sad commentary on how accustomed to gunfire South Side residents are that they can tell the difference from fireworks:

As Brown spoke on Tuesday afternoon, leftover fireworks banged across the street. She didn’t flinch. While Highland Park witnesses described confusion in the moments after the shooting began, with many mistaking the gunshots for fireworks, there is little confusion here among well-trained ears.

“When it’s a gunshot,” Brown said, “there’s a little bit more oomph to it.”

Pro-choicers call for the media to ‘stop giving air-time to anti-abortion activists’
Guess who’s back? NASA preparing return to the moon
Nets Bury School Board Proposing White Teachers Get Laid Off First
Yes, Trump Is Right to Be Concerned That the FBI Planted Evidence. Here’s Why.
Oracle Is Now Vetting TikTok’s Algorithms