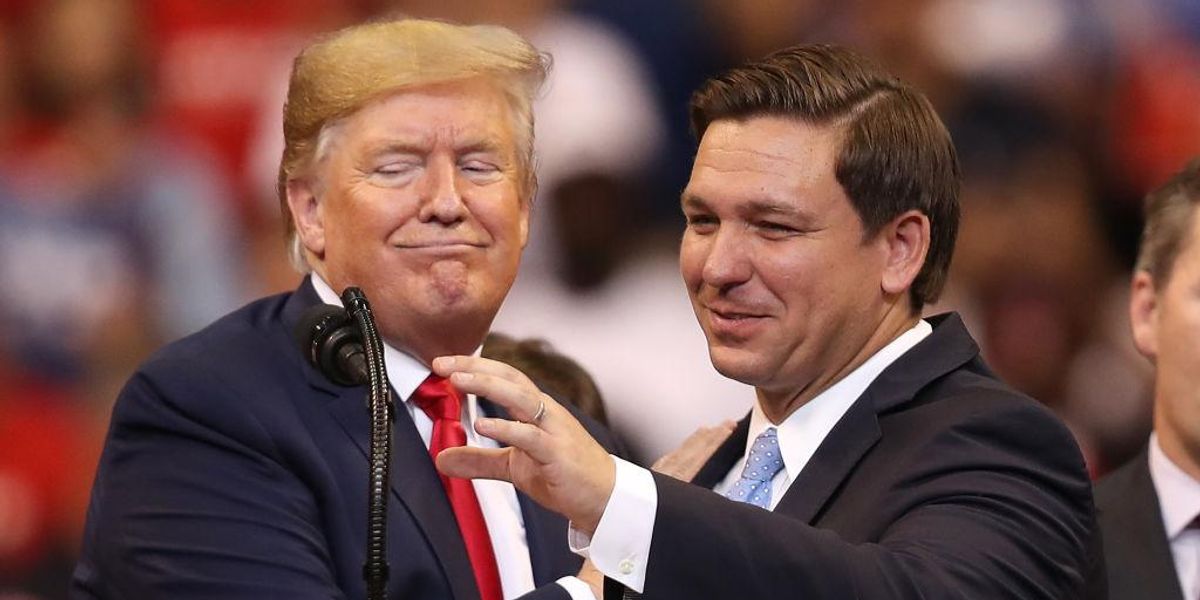 When discussing the possibility of Florida Gov. Ron DeSantis jumping into the 2024 presidential race, former President Donald Trump said that “we’ll handle that,” noting that it would be handled in the manner that he deals with things.

The former president made the comment during an interview on “The Water Cooler” with host David Brody on Real America’s Voice.

Trump, who endorsed DeSantis in 2018, said that he got DeSantis elected during that race.

DeSantis, a popular figure on the political right who easily secured reelection during the Sunshine State’s 2022 gubernatorial contest, is widely viewed as someone who could potentially mount a White House bid, though the governor has not announced plans to pursue the presidency.

Trump, who served from early 2017 through early 2021, lost his 2020 reelection bid to Democratic candidate Joe Biden — the former president announced in November that he is running for president again.

Last year, Trump referred to the governor as “Ron DeSanctimonious” and described him as “an average REPUBLICAN Governor with great Public Relations” — the former president’s jabs against the GOP governor irked some conservatives.

Trump also reportedly said last year that he believed if DeSantis ran for president, “He could hurt himself very badly.”

“I think he would be making a mistake,” Trump reportedly said. “I think the base would not like it.”

Trump indicated that he voted for DeSantis in the 2022 governor’s race.

Other Republican figures have indicated that they are mulling the possibility of running for president, including former Vice President Mike Pence, who served alongside Trump. Pence said last year that he believed there will be “better choices” than Trump, and he said that “prayerful consideration” was being given to the possibility of a 2024 presidential run.

‘Unwoke’ With Kevin and Kruiser #60: Can Diversity Dems Ditch Kamala?
CNN writer sends DeSantis admin loaded request for comment: ‘Echoes similar decisions made by fascist dictators’
‘These cops were blue before they were black’: Ana Navarro of ‘The View’ downplays race of black police officers charged with murdering black man Tyre Nichols
CNN Slams Left-Pleasing ‘He Gets Us’ Ads for Jesus As a…Right-Wing Conspiracy?
Is the Trans Cult Putting the Nation’s Blood Supply at Risk?